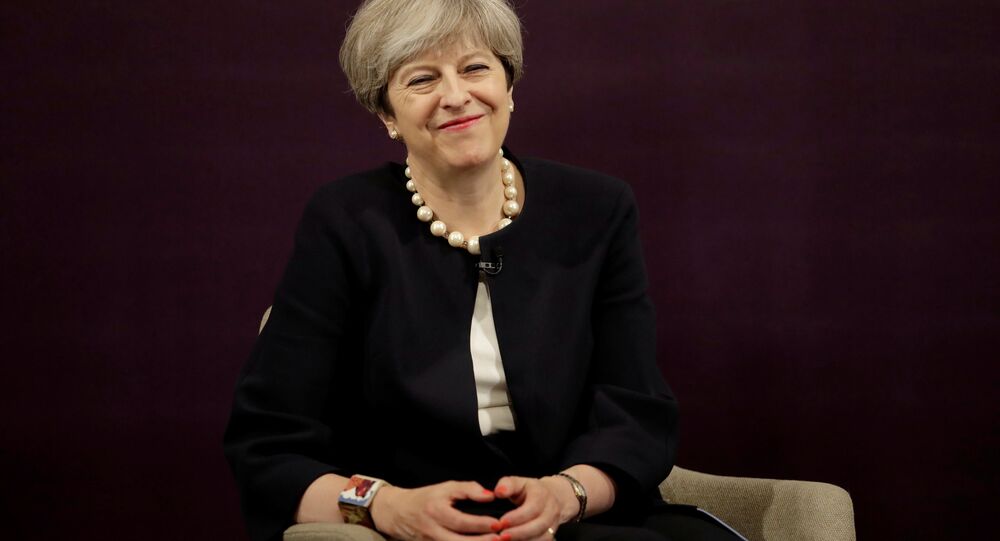 Legacy has become increasingly important for those who occupy the highest offices in British public life. All high level public servants, especially Prime Ministers, must now have an implicit understanding of the importance of ensuring that they are at least not remembered with venom - if they cannot be remembered fondly.

Of late, Prime Ministers have not had much to celebrate in the field of leaving a legacy. Gordon Brown will always carry the responsibility of having been Chancellor while the machinery of the 2008 recession juddered into motion and Tony Blair, despite presiding (which is exactly what Mr. Blair did) over a time of prosperity and largely good feeling, has had his time at Number 10 tarnished by the folly of the Iraq War.

The most recent person to leave that prestigious house on Downing Street, David Cameron, must have been able to almost taste the positivity of his potential legacy at one point. He would be the man who, along with his prudent Chancellor George Osborne, would have balanced the books, saved the United Kingdom by beating back the forces of Scottish Nationalism in the 2014 referendum on independence, and kept Britain at the heart of the European Union.

While the public had, albeit somewhat misplaced, confidence in Cameron and Osborne on the economy, and though the Scottish referendum did indeed result in a successful "No" vote, the EU vote ruined his hat-trick and Mr. Cameron's legacy is that he is the man who called a referendum that he did not need to and lost it. Brexit will be forever attributed to the hubris of David Cameron.

So what of our current PM, Mrs. Theresa Mary May?

There is mounting doubt that Mrs. May will even last a full term but, on the understanding that she does, she will have difficulty in achieving anything resembling a positive legacy.

Theresa May came into office with a parliamentary majority, all the momentum a leader could want, and only a neutered and impotent Labour opposition and a clutch of boisterous Scottish Nationalists standing in her way. The first May term looked as if it was poised to march, in its signature leopard print heels, across the fallen opposition and run roughshod over all before it.

© REUTERS / Eddie Keogh
Britain's Prime Minister Theresa May returns to Downing Street with her husband Philip after traveling to Buckingham Palace to ask the Queen's permission to form a minority government, in London, June 9, 2017.

It is now a year on and… Well, things have changed and not in a good way for Mrs. May and her Tories.

From a majority of 12 seats in the Commons, the Conservatives ended up with 13 fewer seats and are now only kept in power due to an unpopular deal with the Democratic Unionist Party (DUP), which came with a £1 billion (US$1.2bn) price tag attached. The sum involved has caused anger in the devolved nations of the United Kingdom as has the deal itself.

In short, Theresa May has made a considerable mess. She, like her predecessor, did not need to call her Damoclean vote and has suffered the consequences of misreading the public mood.

In our increasingly cultural and emotion-driven politics, spurred on by Brexit, the Grenfell Tower tragedy, and a spate of awful terrorist murders the UK, the PM has been aloof and has come across as dispassionate, technocratic, and robotic. She has suffered internal criticism and distancing, a racist controversy in her own ranks, and several other problems that she could, at the very least, do without. That is to say nothing about the impending Brexit negotiations, into which Britain is entering in a weakened, confused, and demoralized state.

As if the problems of external politics and internal frustration were not bad enough for the embattled Prime Minister, she faces an opposition in the Commons that is much more in tune with the way politics is moving. While their economic policy is at best fantasy and at worst fiscal and monetary vandalism, Jeremy Corbyn's Labour Party seems optimistic, positive, and much more engaged with the ordinary people that the Tory party makes an election-winning habit of appealing to with their message of personal responsibility, freedom, and meritocracy.

© REUTERS / Neil Hall
Puppets of Conservative Party leader Theresa May and Labour Party leader Jeremy Corbyn are seen during a protest against the BBC's broadcast restrictions on the Captain Ska song "Liar Liar" outside Broadcasting House in London, Britain June 2, 2017.

Mr. Corbyn and his team have the "momentum" behind them thanks to appealing to the emerging new politics and has, to borrow a phrase from Mrs. May's charismatic Scottish counterpart, Ruth Davidson, their "tails up."

If British politics were a boxing match, Mrs. May would still be the champion, but would be found lying in her corner while her remaining loyal team members dispassionately wipe her brow as Mr. Corbyn shuffles around in his corner, punching the air and foaming at the mouth for the next round to begin.

As tempting as it may be for Theresa May to try to patch herself up and come out swinging, it seems hard to imagine that the match is not over for her. Her credibility is so damaged and public opinion continues to drop to such an extent that her premiership has the feel of Gordon Brown's about it; lost, beleaguered, and ultimately destined to be knocked out.

If the boffins in Tory party HQ are as clever as we all know they are, they should be looking for a reboot with a new leader. This will necessitate another painful leadership contest for the Tories, but that part is inevitable; how long they prolong it, with Mrs. May in charge, is entirely up to them. If the Tories can have the bravery to oust Mrs. May and replace her with a new leader, difficult though that may be, that can compete with Jeremy Corbyn and tap into the new politics, just as Margaret Thatcher did in her time, then the party may just hold on. For those who distrust Labour and understand the dangers of their ideology, despite what problems they may have with the Tory party, this must surely be preferable to the alternative?

Whether the Tories come up with an establishment figure, a David Davies or Liam Fox, or, which would be much more entertaining, opt for an outsider, like Alan Duncan or the recently gone-viral Jacob Rees-Mogg, who can tap into the demands of contemporary British public or not will determine how its current crop is remembered for years to come.

For Theresa May, on the other hand, it is too late. Her legacy is fixed, it is negative, and it will follow her when she eventually makes the one decision she will have made as Prime Minister that will be popular, correct, and brave all at once — to tender her resignation.