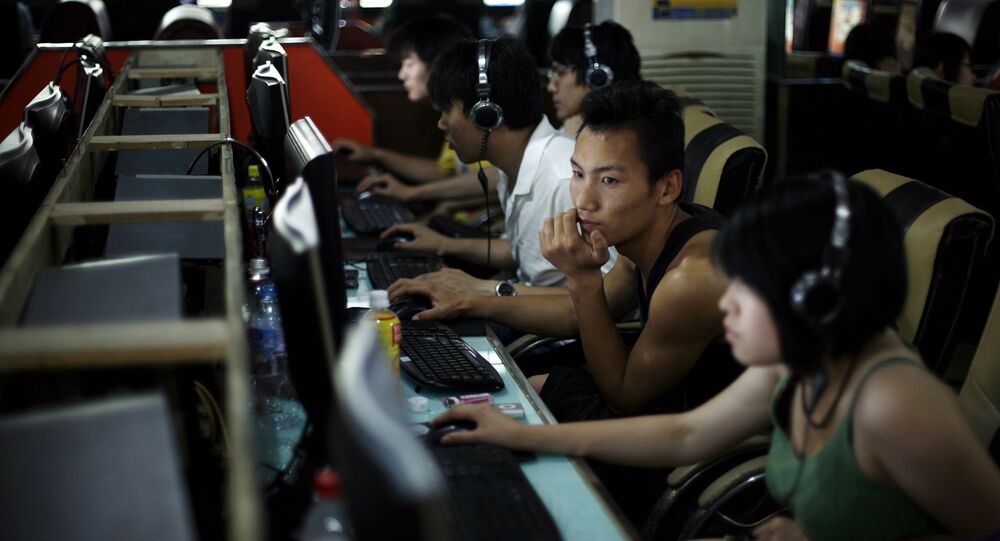 Since the early days when internet access became available to ordinary users in China in the late 1990s, Chinese authorities tried to control the type of content accessible to Chinese internet users. Websites of popular Western news outlets such as CNN and New York Times were completely blocked alongside overseas-based Chinese-language websites that are critical of the Communist Party’s rule.

Advancement in technology in recent years allowed Chinese authorities to develop a system, often referred to by rights activists as the Great Firewall of China, to selectively restrict access to certain content deemed unhealthy for the public, such as pornography and violence. But critics said the main target of China’s firewall program is politically sensitive content, such as information related to the bloody crackdown on Tiananmen Square in 1989. A search for content related to Tiananmen Square on the popular Chinese search engine Baidu returned with no result mentioning the crackdown, while Google’s search services remain blocked in China.

YouTube/Sputnik
Russian 'Rainbow' Cat Becomes an Internet Sensation
The rise of social media services such as Facebook, Twitter and YouTube, presented a challenge for Chinese authorities, as user-generated content on those platforms became more and more difficult for China’s firewall program to handle. Gradually, these western social media services were blocked one after another by Chinese authorities over the years, while Chinese internet companies introduced almost identical services for local users that are subject to censorship from authorities.

Longing for access to a wide range of content that is available on western social media platforms, tech-savvy Chinese internet users started to purchase VPN services, mostly from overseas-based companies, to access the blocked websites.

With the popularity of VPN services rising among Chinese internet users, local authorities looked set to restrict access to those services,

But internet experts argued that blocking of VPN services would not deter tech-savvy Chinese internet users and they would always find a way to circumvent government censorship.

"As long as China’s internet is still connected with the rest of the world, Chinese users would always find a way to visit the websites or internet services they love," Peter Chen, a cybersecurity expert at an internet service firm in eastern China, told Sputnik.

Chen revealed that he personally did not purchase a commercial VPN service to evade China’s internet censorship. Instead, he built a private connection to overseas servers with his technological expertise.

Regarding to whether blocking of VPN would cause problems to big international corporations that rely on the service to safeguard its trade secrets, Chen noted that it is easy for Chinese authorities to distinguish individual users from corporate users.

"They just need to require all corporations that use VPN to register with them and do the same for individual users as well. They can easily block access to those who are not registered," Chen said, adding that Chinese authorities just need to block a couple of common communications ports for VPN services to prevent individual users from gaining access.

YouTube was blocked in China in early 2009, after a popular video, generated by Chinese internet users and circulated on the video sharing website, used a Chinese profanity literally translated as Grass Mud Horse to poke fun at the “harmonious society” (described as “river crab” in the video because of phonetic similarities) policy of then Chinese President Hu Jintao.

© Sputnik / Natalia Seliverstova
Over 2,000 US, Canadian Media Outlets Push for Collective Bargaining With Facebook, Google
Facebook and Twitter were blocked by Chinese authorities following a violent riot in July 2009 in western China’s restive Xinjiang province that killed about 200 civilians. After pictures documenting the police crackdown on protesters in Hong Kong in September 2014, popular photo sharing service Instagram was also blocked in China.

Each time a popular Western social media service gets blocked, more and more Chinese internet users were pushed to find ways to outwit China’s firewall program to continue to visit the websites and services they like.

Internet research firm GlobalWebIndex estimates that over 90 million online adults in China have used VPN or proxy servers to access restricted social networks. The London-based firm said in a report in January that VPN users in China are also rather active in accessing information, with almost 2 out of 3 of them employing VPNs at least once a week.

Chinese scholars believe that, although the number of VPN users may be small compared to China’s overall population, their influence on Chinese society remains very strong.

"It’s difficult to know how many VPN users there are in China, as there is no official figure. But they have a huge impact socially as most of them are well-educated elites, who are eager to know the outside world," Zhan Jiang, a professor of International Journalism and Communication at Beijing Foreign Studies University, told Sputnik.

Facebook, for example, is extremely popular among Chinese students who returned to the country after completing higher education in Western universities and use the social network to stay in touch with their former classmates and foreign friends.

Chen, the internet expert, believes the majority of Chinese users try access to blocked websites for content that has nothing to do with politics.

"For example, I just love to watch technology related videos on YouTube. And I also use Instagram and Twitter on a daily basis to stay in touch with friends," he said.

Many in China’s internet industry argue that Chinese companies, such as Baidu, Alibaba and Tencent, were able to dominate the domestic market because of the lack of competition from international companies which are mostly blocked out of the market by China’s Great Firewall.

Even as authorities planned to regulate the domestic VPN market, a Chinese VPN service provider wanted to take a leading market position last week by claiming that it became the first VPN service to receive a license from China’s Ministry of Industry and Information Technology (MIIT).

The VPN service provider, Chuanglian VPN, published a statement on its official website, saying the firm is set to "be invincible in the billion-dollar market with a ‘sword of state’ in their hands," with pictures allegedly from the licensing ceremony with MIIT officials.

© Sputnik / Natalia Seliverstova
China to Implement Its First Law on Internet Security After Ransomware Attack
Ironically, the MIIT issued an official statement rebuffing the company’s claim the next day and denied giving any company such licenses to operate VPN services in China. Afterwards, Chuanglian VPN’s official website was removed, even disappearing from Google search results. The MIIT said in January that Chinese telecommunication carriers are not allowed to offer VPN services and the ministry plans to regulate and clean up the market by March 2018.

For Chinese internet users who use VPN services on a daily basis, such as human rights defenders, the projected blocking of such services would only bring increased inconvenience.

"It will have a huge impact on our work. My social media accounts on Chinese social media platforms have been constantly deleted by authorities. Without VPN, it’ll be difficult for me to use services like Twitter," Liu Xiaoyuan, a human rights lawyer in Beijing that defended prominent rights activists, including Uighur scholar Ilham Tohti, who was sentenced to life in prison on charges of separatism in 2014, told Sputnik.

According to Liu, his account on Chinese social media platform Weibo had over 120,000 followers before it was removed by authorities. His attempts to register new accounts failed as Chinese censors continued to block him.

Liu, in his 50s, said he is not as tech-savvy as some of the younger internet users in China and needed help from others to set up VPN connections on his smartphone to access Twitter.

"I just learned how to use VPN recently as it is more convenient that other methods to bypass China’s Great Firewall," he said.

But he believes that Chinese internet users can also use their wisdom to fight against censorship, even on heavily censored domestic social media platforms.

Game-Changer: Blockchain Technology 'Is Where the Internet Was in 1992'