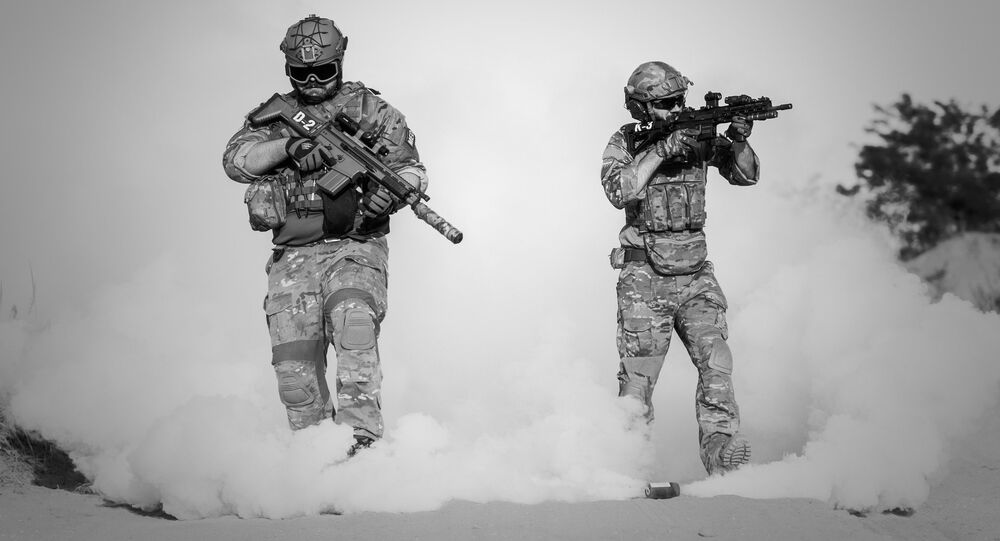 We live in an age when a nation or state's prestige is not measured by the quality of its literature, art, music, or other cultural attributes, but instead on the size, strength and/or excellence of its military. And within a given nation state's military, special esteem is nowadays reserved for its special forces.

© Flickr / ResoluteSupportMedia
Elite British SAS Forces Accused of Being 'Out of Control'
Britain's SAS (Special Air Service) has long enjoyed worldwide renown as the alpha and omega of military special forces, commonly considered to be the elite of the elite in military circles.

However now its reputation resides in the gutter in the wake of a story that appeared in the UK's Times newspaper, alleging that members of the SAS "covered up evidence that they killed unarmed Afghan civilians in cold blood and falsified mission reports in a potential war crimes scandal that the government has tried to keep secret." An investigation into what is being described as a "rogue SAS unit" is currently being conducted by the country's Royal Military Police (RMP), and is expected to run until 2021.

According to the Independent, which is also covering the story, this so called "rogue SAS unit" is alleged to have been conducting a "shoot to kill" policy, and though "detectives had been looking into 52 alleged killings," now they are "investigating just one incident which involved four family members being shot dead during a night raid in Helmand province in 2011."

The mere mention of the words "shoot to kill" are guaranteed to resonate like thunder in the republican and nationalist community in the North of Ireland. During three decades of conflict in the province, commonly known as the Troubles, allegations that the security services, including the SAS, carried out shoot to kill operations have never been satisfactorily refuted or resolved.

According to a story in the Irish Post in 2013, which appeared in advance of a BBC television documentary on the use by British security forces of shoot to kill in Ireland going back as far as the 1970s, a special unit known as the Military Reaction Force (MRF), consisting of men "specifically chosen from within the British army", operated in west Belfast between 1971 and 1973". One former soldier, speaking anonymously, said:

Specifically with regard to the SAS during the Troubles, it carried out an infamous 1988 operation which ended in the killing of three members of the IRA in Gibraltar, where they were planning to detonate a car bomb at a British army parade. Known officially as Operation Flavius, the SAS team involved worked in conjunction with the Spanish security services after receiving intelligence that the IRA was planning to carry out the attack. The three-person IRA team were tracked to Gibraltar and there, after a showdown, executed by the SAS.

It later transpired that none of the IRA members were armed at the time and the car they were traveling in contained no explosives. A hearing into the SAS operation, conducted in Gibraltar under British legal jurisdiction, deemed the killing to have been lawful.

© AFP 2021 / TAUSEEF MUSTAFA
UK Special Air Service Suspected of Executions of Unarmed Afghan Civilians
But delve even further the history of the SAS and you come to operations and missions that, if true, are more difficult to defended with the trusty shield of counterterrorism. Those include running a series of training camps in Thailand for the Khmer Rouge between 1985 and 1989. They include, also, covert training and support for the Afghan mujahedeen in the early 1980s during the Soviet presence in the country. More recently, six SAS members were captured while engaged in covert operations in Libya in 2011.

So as we can see, the history of the SAS is littered with circumstantial evidence that it has consistently resembled an organized gang of hired killers and assassins more than soldiers serving with distinction as an elite unit within the military forces of a democratic government.

However this is perhaps missing the point. The squalid legacy of the SAS in places such as Afghanistan, Libya, and Northern Ireland cannot be separated from the malign legacy of UK foreign policy in occupying other people's countries down through the years. It illustrates the fact that wars and conflicts premised on ignoble ends can only ever be waged by ignoble means.

And when it comes to the long history of such wars and conflicts waged by British governments down through the years, those means refute any claim to moral legitimacy on the part of a political establishment that has, like an unbroken thread, trodden a path of injustice in the interests of expediency, resulting in one foreign policy disaster after another.

In the last analysis, the renown in which the British SAS is depicted is not only undeserved it is an insult to the truth.