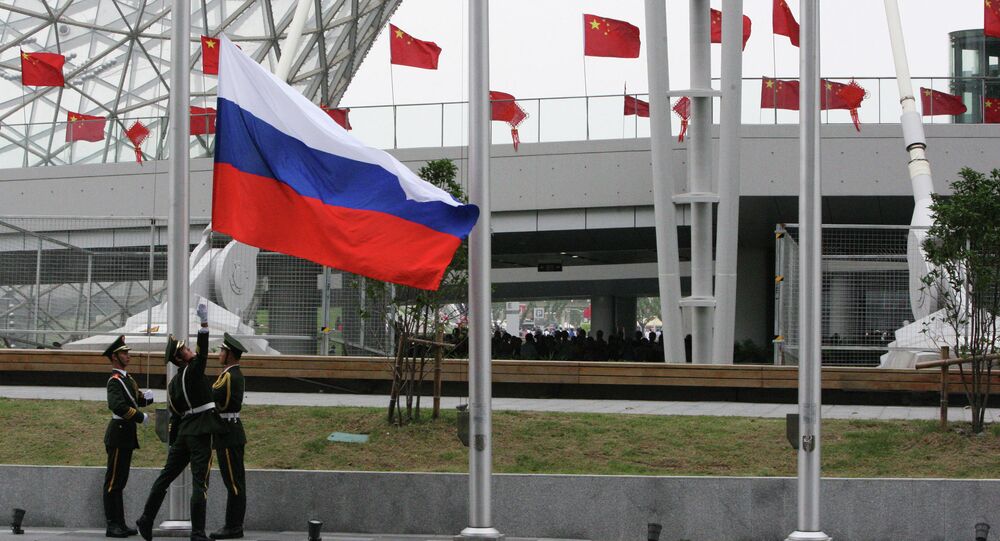 North Korea's nuclear program is likely to have a long-lasting effect on the economic landscape of Northeast Asia, which deserves attention even if tensions on the peninsula have abated.

© REUTERS / KCNA
Synergy Effect: How China Can Facilitate Russia's North Korea's Roadmap
The UN Security Council imposed a longer list of new sanctions on North Korea aimed at cutting its annual export revenue, after Pyongyang carried out its fifth nuclear test last year. Based on an on-the-spot investigation at the border area between China and North Korea earlier this year, I found normal trade in goods and services not on the sanction list — especially light industry products and articles for daily use — but all the economic activities sanctioned by the UN have been paralyzed. Many upstream and downstream industries such as the steel sector have been affected after some infrastructure projects were shut down. What's more, the external environment has become more challenging for China's efforts to rejuvenate its northeast region through reform and economic restructuring. Concerns about the possible radioactive contamination risks resulting from North Korea's nuclear test were used as an excuse by some investors to leave Northeast China

All this adds to the difficulties facing the local economy in Northeast China, which has been under continuous downward pressure in recent years. In 2016, fixed-asset investment dropped 23.5 percent year-on-year in Northeast China, with Jilin Province seeing a particularly sharp decline of 63.5 percent. Once a vital base for the country, where China's industrialization was launched, the three provinces in Northeast China — Heilongjiang, Liaoning and Jilin — gradually began to lag behind in terms of economic growth as other regions benefited more from the country's opening-up policy and "going out" strategy. The investment climate in Northeast China is relatively backward. In this context, efforts have been made to rejuvenate the old industrial base, including boosting its opening-up process and strengthening economic cooperation with other countries in Northeast Asia.

We had always hoped the triangle of China, Japan and South Korea could become the center of gravity in Northeast Asia's economic cooperation. With its key geographical position, North Korea should not be allowed to absent itself from the efforts to promote regional economic integration, because the goal of building a trade and infrastructure network connecting China with South Korea and Japan can hardly be achieved without North Korea's participation. However, both North Korea and South Korea's relations with China are currently in a delicate period, thanks to China's economic sanctions against North Korea and Beijing's protest against the deployment of the Terminal High Altitude Area Defense (THAAD) system in South Korea. Affected by geopolitical tensions over North Korea's nuclear program, economic cooperation has suffered a blow in the past few months.

It is worth thinking about how Beijing could make new friends. In my opinion, it would be a good choice for China to enhance cooperation with Russia in this context. The Chinese and Russian economies enjoy strong complementarity and vast potential for cooperation. Investment in the Russian Far East may bring a bright light to Northeast China amid its economic struggles.

The two countries have signed a number of agreements over energy cooperation, which is likely to remain as the pillar of economic partnership between Northeast China and the Russian Far East. However, other forms of cooperation can also be exploited.

Chinese companies face fierce competition from Japanese and South Korean rivals in expanding their economic and trade cooperation in the Russian Far East. Chinese firms have strong financing capacity, but some of them lag behind in terms of technology and negotiation strategy. China should encourage companies in competitive industries to go out. The two countries share potential for commerce cooperation in fields such as the equipment manufacturing industry, a sector in which China has strong advantages and for which the demand in Russia is significant.

Russia welcomes Chinese investment that is conducive to its local economy, but it is also somewhat wary of China's increased presence in the eastern region. The two countries need to deepen their bilateral political trust and effectively carry out coordination. Russia has set up economic zones that have a special legal status and provide various economic incentives in a bid to attract foreign investment, but China focuses more on boosting the development of cross-border free trade zones. The two countries need to come up with development strategies so that bilateral cooperation can be further enhanced.

The article was compiled based on an interview with Zhang Huizhi, vice dean of the Northeast Asian Studies College at Jilin University.