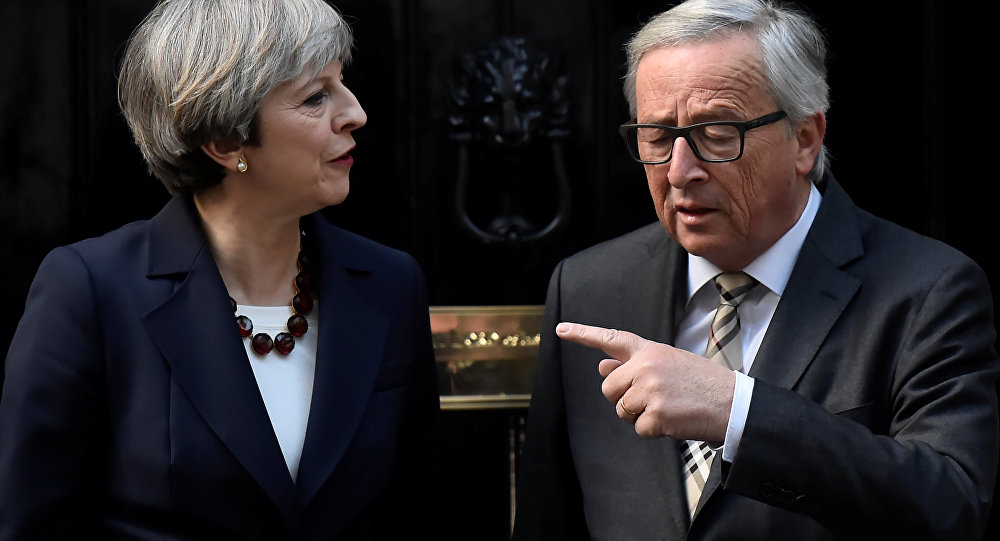 Now we know: the polite and diplomatic phoney war between Brussels and London over the terms of Britain's exit from the EU (Brexit) is over. In its place has come all the animus, antagonism, and discord compatible with a fractious divorce. And this is only the beginning of the process.

In the wake of Jean Claude Juncker's controversial meeting with Britain's Theresa May at Downing Street recently, with the revelation that the President of the European Commission left Downing Street after the meeting describing the Prime Minister as "delusional" over Brexit, Theresa May has come out swinging with the astonishing claim that the EU is actively interfering in the UK general election, which is set to take place on 8 June. 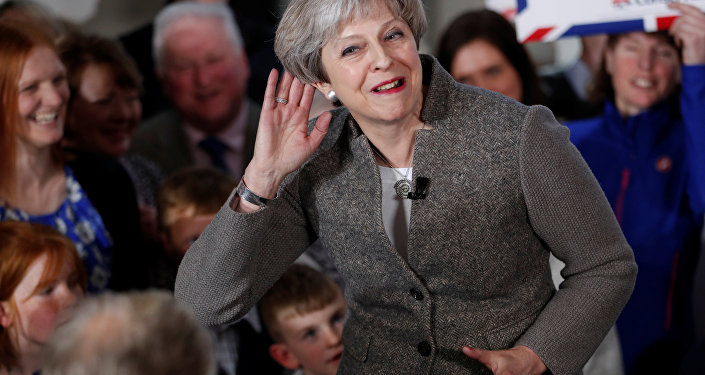 © REUTERS / Russell Cheyne
Theresa May's 'Strong and Stable' Sloganeering Feeds 'Troll' Verhofstadt
It confirms that the gloves are off when it comes to the UK's departure from the EU, and that whatever the Brexit deal that eventually comes to pass it will be at the end of a bruising period of negotiations, set to last two years, that could well see Europe polarized as it hasn't been since the end of the Second World War.

In truth, only the most naïve could have believed that Britain's departure from the European Union would be painless or smooth. As with any divorce, the only question was always going to be how deep the animus and bad feeling would run, not whether there would be animus and bad feeling. That being said, the Tory government in London, headed by a Prime Minister who campaigned for Britain to remain in the EU during last year's referendum, is clearly being led rather than leading when it comes to Brexit.

She is being led by an unholy alliance comprising the anti-Europe wing of her own party, the far-right anti-EU party of UKIP, and a feral right-wing media that will accept nothing less than a hard Brexit — i.e. a divorce from the EU with no comprise on immigration in return for retention of access to the European single market or customs union.

The result is an astonishing exercise in political and economic denial over what Brexit will entail.

It will not, as proponents of a hard Brexit argue, unshackle Britain from the "evil" clutches of Brussels to herald a glorious future of bilateral trade deals with the rest of the world. On the contrary, it will see the UK relegated in order of importance when it comes to trade with the likes of the US and China, for whom the single market, which allows tariff free access to 500 million consumers, is central to their economic relations with Europe.

Trump's recent statement that the EU is a greater priority for US trade deal than the UK only confirms that despite May flying to Washington to supplicate herself in front of the President in the immediate aftermath of his inauguration in January, the reality is that Brexit Britain is set on a vertiginous descent towards the ranks of a third rate global economic power.

In fact, rather than London's relationship with Brussels constituting an unacceptable diminution of British sovereignty, it is its unedifying supplication before the power of Washington that has long impeded its independence. The so-called special relationship between the countries has never been a relationship of equals; instead it has involved Britain doing its utmost to stay attached to America's coattails, hoping to bask in the reflected glory of a world superpower and gain whatever crumbs it can from Washington's table. 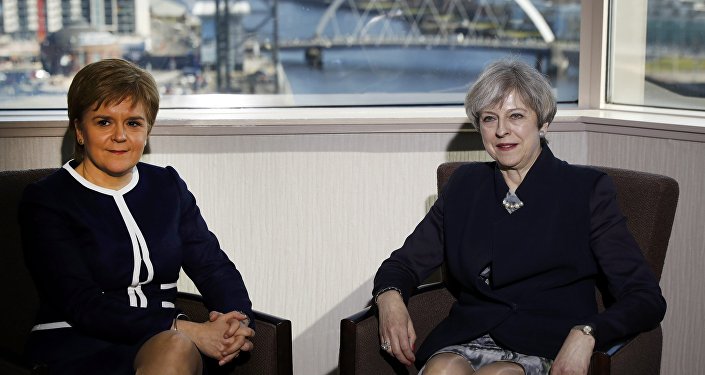 © REUTERS / Russell Cheyne
Snap UK General Election Is a Desperate Attempt to Derail Scottish Independence
The anti-Europe card suits an increasingly out of touch Tory establishment for whom "bloody foreigners!" is its adopted stance towards a world in which the British Empire is an historical footnote except in its collective mind. They would rather risk the UK being broken up, with Scotland choosing a separate course, than accept Britain's status as one state within Europe and not a state apart from Europe.

However this is not to let the Brussels or the EU off the hook either. Far from it, the EU as a neoliberal free market club, run in the interests of the global financial system and global corporations, has no future — and nor should it. It must reform radically in terms of its economic priorities — i.e. end the fixation with free market nostrums and instead move towards regulated markets that work for the majority — and also when it comes to institutions that give democracy a bad name.

But though Mr. Juncker conveniently fits the stereotype of the puffed up Brussels bureaucrat, the embodiment of everything that is wrong with the EU, the idea that the victim in this process is a British state that is locked in an historical time warp of kings and queens, House of Lords, and various other comedic yet insidious institutional feudal relics, this is an inversion of reality.

If Brexit Britain is the answer in the 21st century what on earth is the question?

The Dream of European Integration Is One That Will Never Die