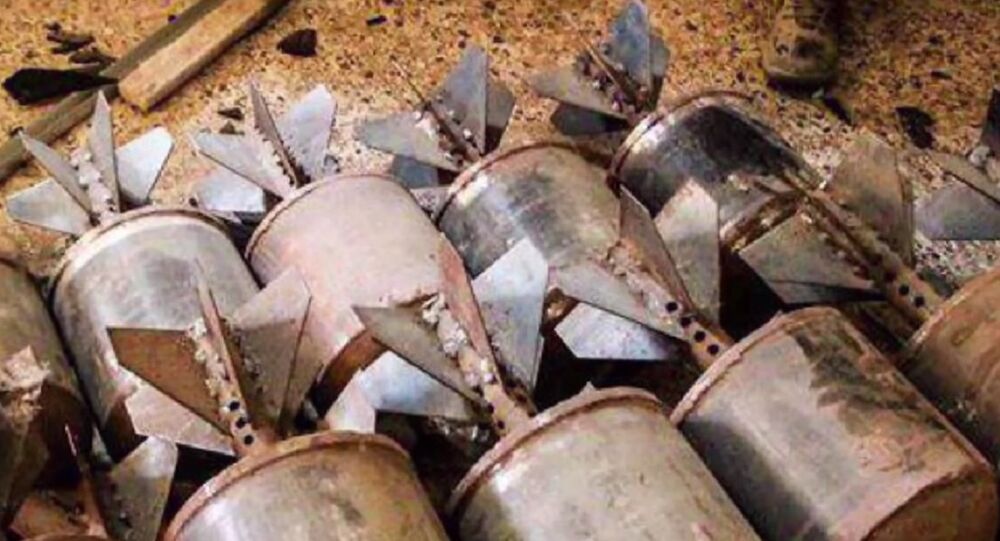 The capabilities of Daesh terror group to launch poison gas and other chemical weapons attacks are well documented though they are dependent on substances supplied or seized from other sources, US analysts told Sputnik.

"There have been many reports of Islamic State and al-Qaeda chemical capability — either from seizure from government stores or supplied by/through Turkey," University of Pittsburgh Professor of International Relations Michael Brenner said on Wednesday. "Their own capability seems limited and will not grow other than by outside help.

Brenner said the sarin nerve gas detonation in the Syrian village of Khan Shaykhun on April 4 was almost certainly the work of extreme Islamists and had not been perpetrated by the Syrian government.

"It is almost certain that this was not an [Syrian President Bashar] Assad government attack," he stated.

The US government would not be able to eliminate the use of chemical weapons by Islamist forces only by using airstrikes and Tomahawk missiles, Brenner maintained.

"Only answer: end the war by ceasing to back the al-Qaeda led rebels and then mediate some kind of political settlement that excludes the Takfiris," he explained.

International cooperation was vital to destroying the Islamic State, especially between the United States and Russia, Brenner insisted.

"Washington is the key — all allies will fall into place except Saudi Arabia and [Turkish President Recep Tayyip] Erdogan. Russia especially and Iran are ready for this," he pointed out.

Islamist groups had previously used chemical weapons and then tried to falsely accuse the Syrian government of doing so, University of Illinois Professor of International Law Francis Boyle said.

"I declared this after the chemical attack in 2013: Later [US investigative reporter] Seymour Hersh published a report in the London Review of Books because he could not get it published anywhere in the United States that the attack was carried out by Islamic State with chemical agents that it got from Turkish intelligence," he said.

"These groups, especially the Nusra Front had access to chemical weapons for quite some time including chlorine bombs," he said.

"There is no basis in fact or international law for Trump’s attack on Syria. This is an outright act of aggression. It has poisoned relations between the United States and Russia. It is a very dangerous situation right now," he said.

Russian President Vladimir Putin has warned he anticipates another chemical attack that could serve as another provocation, Boyle concluded.

Daesh Terrorists Could Be Plotting Chemical Attacks Against UK