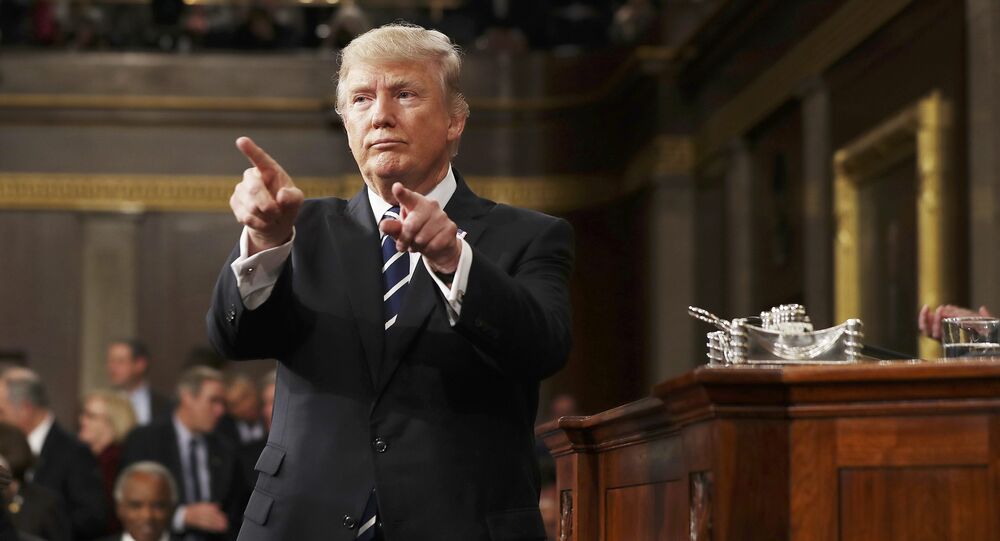 US President Donald Trump has no coherent strategy in his war on Islamist extremists but he gains political benefits among his support base by escalating air attacks, analysts told Sputnik.

WASHINGTON (Sputnik) — Last week, Pentagon spokesman Capt. Jeff Davis said in a statement that the White House approved a Department of Defense request to increase the number of air strikes against the al-Shabaab terror group in Somalia.

“We have no strategy except to spasmodically kill Islamists,” University of Pittsburgh Professor of International Affairs Michael Brenner said on Tuesday.

The policy had real political benefits for Trump but not for strategic reasons, Brenner pointed out.

“It plays well to his [Trump’s] constituency, keeps the pot boiling, and wins the favor of the military,” he said.

Brenner described Trump’s support base as resting on three pillars – the military, the Wall Street super-rich or plutocrats and the populist poor whom he described as ”the mob” in the US heartland.

© REUTERS / Jonathan Ernst
Some in Trump Team Ready to Cooperate With Syria on Fighting Terrorism - Syrian Ambassador
Middle East analyst and political commentator Dan Lazare told Sputnik that Trump’s bombing policy was politically motivated rather than strategically coherent and he predicted the air strikes would spread.

“Yes, more military authorizations will be granted in other countries,” Lazare predicted.

Lazare said Trump was sincere in wanting improved ties with Moscow, but believed he had to protect himself against accusations of being too soft from Washington’s foreign policy establishment dominant hawks.

“Trump has had to prove himself by engaging in standard neocon-style escalation elsewhere… That's how you prove your realism in the eyes of the Washington foreign policy establishment,” he said.

Trump’s wave of militarily assertive actions across the Middle East had to be understood in this political context, Lazare maintained.

© AFP 2021 / Bonny Schoonakker
Trump Gives CIA Power to Use Drones to Bomb Suspected Terrorists
The US president “has increased troop levels in Syria and Iraq, he has stepped up bombing in Mosul with disastrous consequences for that city's civilian population and he has tripled the number of air strikes in Yemen compared with 2016,” he said.

If Trump’s position in Washington eroded, he could respond with increasingly aggressive moves around the world, Lazare warned.

“My guess is that the weaker Trump grows, the more he will have to ratchet up the levels of American military aggression, not just in the Middle East but elsewhere as well,” he said.

However, Lazare retained hope that Trump could still improve relations with Russia.

“All is not completely lost. An accord with Moscow is still possible and there has been some softening in Washington's attitude toward [Syrian President Bashar al-Assad,” Lazare said.

Trump entered office seeking a rapprochement with Russia and to win the war against Daesh and al-Qaeda, Lazare recalled.

Terror 'Remains a Real Challenge' in Afghanistan, But Trump May Send New Troops