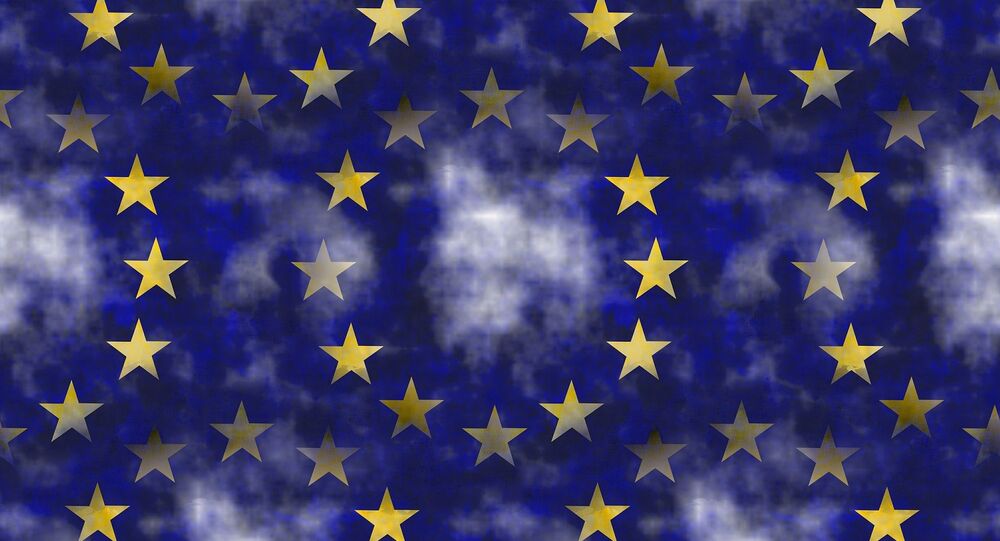 The Dream of European Integration Is One That Will Never Die

Though the EU is currently embroiled in an enveloping crisis, with centrifugal political parties growing in strength across its member states, and despite Brexit delivering the EU's permanence an ontological blow, the concept of a united Europe will continue to be an attractive one on both historical and philosophical grounds.

The idea of uniting Europe, or forging a united Europe, has tantalized philosophers, emperors, dictators, revolutionaries, and military leaders for centuries. With so many different nation states occupying a relatively small part of the world, each with their own unique culture, language, history, and story, Europe has been at the center of historical events since the Renaissance of the 15th century triggered the continent's emergence from the Dark Ages, which had ensued following the collapse of the western Roman Empire around 500 CE.

The first serious proponent of a European continent bound by common laws and a uniform economic system was Napoleon Bonaparte, emperor of France and military genius, whose attempt to spread the ideas and values of the French Revolution at the end of bayonets was finally crushed at the Battle of Waterloo in 1815.

"Never interrupt your enemy when he is making a mistake" – Napoleon Bonaparte #wednesdaywisdom pic.twitter.com/zixonP64gt

Napoleon with his Grande Armee was committed to sweeping the detritus of European feudalism — autocracy, aristocracy, and monarchy — into the dustbin of history, replacing it with revolutionary France's Code Civil (Napoleonic Code), a uniform legal code established with the objective of replacing the divine right of kings and feudal privileges, both of which were still very much in place across Europe at the time. As he lamented, after his attempt to conquer Europe failed:

"I wished to found a European system, a European Code of Laws, a European judiciary: there would be but one people in Europe."

Holding to a similar objective half a century after the end of Napoleonic Wars, and after the industrialization of Western Europe had given birth to the modern age of capitalism, the great philosopher, economist, social critic, and revolutionary theorist, Karl Marx, outlined his vision of a Europe and world in which the nation state would give way to the international brotherhood of the workers of the world. Marx held economic and social class rather than nation as the defining separation across the advanced industrialized world.

The Russian Revolution of 1917, led by Lenin and his Bolsheviks, was committed to bringing Marx's vision to pass. The ultimate goal of the Bolsheviks was to spread the revolution over Russia's border to the rest of Europe, where economic and social conditions were more advanced and propitious when it came to communism taking root. They failed in that endeavor, just as Napoleon had failed, providing further evidence of the enduring strength of national consciousness even among a given nation's most impoverished and marginalized.

After a First World War, that was so brutal and destructive of human life, it was considered to be "the war to end all wars," a chorus of voices across Europe began making the case for a united Europe in order to prevent the possibility of such a calamity occurring again. None was more vocal in this cause than the Austrian writer and novelist Stefan Zweig. In 1934, amid the Great Depression and, with it, the alarming rise of extreme nationalism and fascism across Europe, Zweig wrote:

"The European idea is not a primary emotion like patriotism or ethnicity; it is not born of primitive instinct, but rather of perception; it is not the product of spontaneous fervor, but the slow-ripened fruit of a more elevated way of thinking."

History records that the primitive instincts driving nationalism and patriotism proved stronger than Zweig's "elevated way of thinking" during the 1930s. Hitler's vision of a united Europe was of an entirely different order from that of Lenin and the Bolsheviks, or for that matter Stefan Zweig's.

The fascist dictator rose to power in Germany obsessed with gaining vengeance for a German people that had been "stabbed in the back" during the First World War. He blamed a "Judeo-Bolshevik conspiracy" that was intent on destroying the nation state and taking over Europe. Combined with his belief in the need for lebensraum (living space) for Germanic race that was superior to every other, he embarked on a campaign to colonize Eastern Europe in a war of annihilation against Slavs, Jews, Gypsies, and others — peoples and groups considered Untermenschen (subhuman) in his perverse worldview.

Interestingly, Hitler was an admirer of the British Empire, specifically its success in controlling such a large swathe of the world, and harbored dreams of emulating it in Europe. The Nazi dictator's conception of a united Europe was in truth a Europe enslaved and ruled by a new Germanic/Aryan order, a Third Reich that would last for 1000 years. It lasted just eleven years before it was destroyed.

After the war Winston Churchill, Britain's legendary wartime Prime Minister, also mooted the possibility of a united Europe — a United States of Europe, which together with the British Commonwealth and the United States would forge a world underpinned by peace and security. He outlined his idea in a speech in Zurich in September 1946.

"The structure of the United States of Europe, if well and truly built, will be such as to make the material strength of a single state less important. Small nations will count as much as large ones and gain their honor by their contribution to the common cause."

This brings us to the forerunner of today's European Union, which as with Churchill's vision was born of the devastation of the Second World War. The French diplomat and businessman Jean Monnet is credited with being the father of what became the EU, which started life with the establishment of a European Coal and Steel Community (ECSE) in 1951, made up of Belgium, France, West Germany, the Netherlands, and Luxembourg. As Monnet had it:

"There will be no peace in Europe if the States rebuild themselves on the basis of national sovereignty, with its implications of prestige politics and economic protection (…). The countries of Europe are not strong enough individually to be able to guarantee prosperity and social development for their peoples. The States of Europe must therefore form a federation or a European entity that would make them into a common economic unit."

The idea of sacrificing some sovereignty in the interests of peace and security, with the objective of avoiding anything like the major 20th century conflagrations of the First and Second World Wars is the philosophical foundations of European unity in our time. However the problem is that this model of European unity has developed within the strictures of a cold war paradigm, ideologically committed to isolating the largest country in Europe, which is Russia.

© REUTERS / Alessandro Bianchi
EU Should Be 'Europe of Peace, Bread and Dignity' or Face 'Chaos'

This has given rise to increased rather than less tension across Europe. It has combined with the an economic and financial crash, and the EU's introduction of harsh austerity measures in response, to turn the very concept of European unity and closer integration into something ugly and unwelcome for many people.

The recrudescence of nationalism has been the result, with the emergence of centrifugal political parties committed to breaking up the EU creating the very real prospect of a more divided instead of united Europe going forward.

A divided Europe, as the last century has shown, is a Europe at war. However if European unity is to succeed, it has to be on the basis of equality between states, respect for cultural differences, and underpinned by an economic system that serves the masses of the people instead of a small elite. It must also, by necessity, include rather than exclude Russia.

It is why the EU in its current form is not fit for purpose.