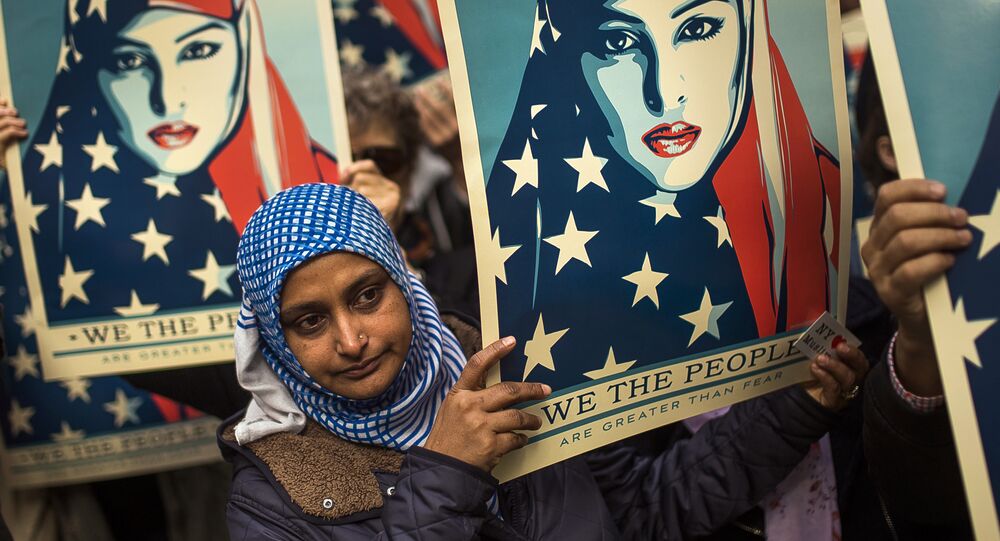 Should Other Countries Implement a So-Called 'Muslim Ban'?

President Donald Trump's Executive Order, titled "Protecting The Nation From Foreign Terrorist Entry Into The United States," has caused international outrage, and has been widely described as a "Muslim ban." Although the policy has proven to be highly controversial, it does serve a purpose, and could potentially be adopted in other nations.

This specific Executive Order was presented towards the end of January 2017, and almost immediately caused widespread outrage, and hysteria, with it quickly being dubbed a "Muslim Ban".

However, when you read the actual Executive Order, it becomes apparent that it isn't a "Muslim ban" — in fact, it doesn't even mention Islam or Muslims at all.

In actuality, the policy aims to reduce the threat of terrorism, by banning the citizens of 7 high-risk countries, which are currently rife with violence and extremism, from entering the US.

The document reads, "In order to protect Americans, the United States must ensure that those admitted to this country do not bear hostile attitudes toward it and its founding principles.  The United States cannot, and should not, admit those who do not support the Constitution, or those who would place violent ideologies over American law.  In addition, the United States should not admit those who engage in acts of bigotry or hatred (including 'honor' killings, other forms of violence against women, or the persecution of those who practice religions different from their own) or those who would oppress Americans of any race, gender, or sexual orientation."

Countries on the list include Syria, Yemen, Somalia and Iran. If you are familiar with the status quo in most of the listed countries, it is easy to see why President Trump wants to prevent their citizens from entering the US. Iran is possibly the exception, but it seems that Trump placed them on the list to express his discontent with the deal reached by Iran and the Obama administration, in addition to other world powers.

Not only are these countries highly unstable, and laden with terrorist groups, but many of them don't have a fully functioning, competent government (at least not in the entire country), or the US doesn't maintain amicable relations with them. This makes it impossible to effectively vet immigrants, and block-out potential terrorists.

Gulf nations, such as Saudi Arabia, weren't included on the list of (temporarily) banned nations.

Saudi Arabia has played a huge role in inciting sectarian hatred in Syria, while also heavily funding many hardline Islamist militant groups across Syria. It has been reported that President Trump has business interests in Saudi Arabia, and this may have been a deciding factor in his decision not to include it in the Executive Order.

Despite its faults, the Executive Order fundamentally isn't a "Muslim ban," as non-Muslims from the 7 banned countries are also prevented from entering the US, and Muslims from other nations can still enter the US.

Although the policy does seem very extreme, and perhaps overly cautious, it does have some merit. It should free up security and intelligence resources, as they no longer have to commit to try to vet and monitor immigrants from these countries.

To some extent, this policy prioritizes America's national security over the well-being of needy and vulnerable refugees. However, other than taking in refugees, there are several alternative methods for America, and other countries, to support them.

The "ban" could arguably marginalize Muslims currently living in the West, and perhaps push them to commit acts of terror. However, this can be addressed by tackling disinformation in the media, and explaining that the ban isn't a "Muslim ban." This would require a certain level of cooperation from the media.

Ultimately, in a contemporary context, it seems that there isn't another leader or party in the Western political landscape that is willing to implement such a measure, due to the fear of public backlash, and controversy. As the situation evolves, this may change; the combination of growing right-wing groups in Europe, and further terror attacks could prove to be a potent combination, which drives harsher immigration laws.

Europe has allowed millions of refugees to enter the continent, and incidents such as the New Year's Eve sexual assaults in Cologne, Germany, would influence public opinion in favor of such a "ban," and reduce appetite for immigration. Many right-wing and populist political parties in Europe are gainging influence, such as the UK Independence Party (UKIP) in Britain, National Front in France, and Golden Dawn in Greece.

Even countries with a center or left-wing governing party have been "locking horns" with one another, as they try to deal with the influx of refugees, and allocate them across EU member states.

Based on the fact that national security should be an absolute priority for the ruling government of any nation and that there are more effective ways to assist refugees, certain European countries could thoroughly consider a Trump-style "ban," if not fully identify with it.