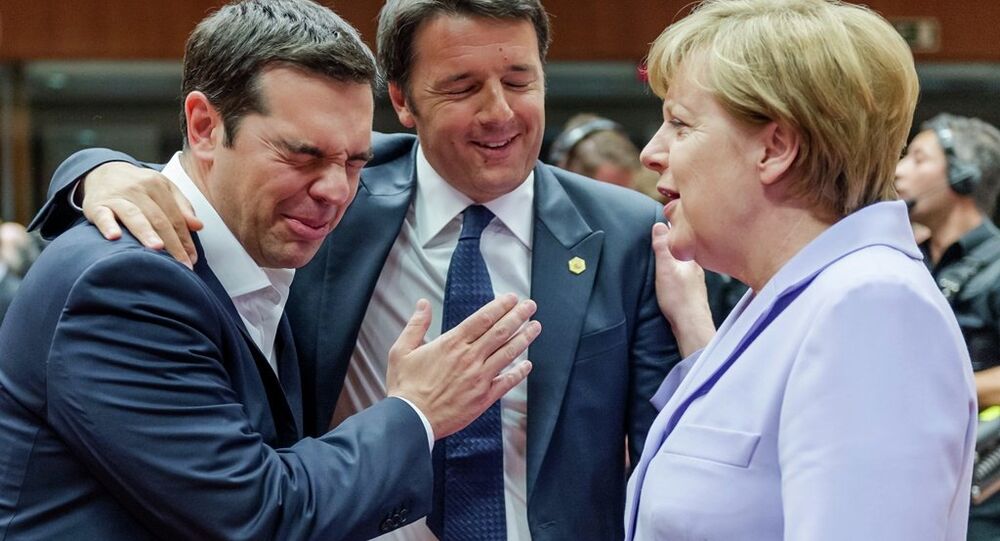 Following the downfall of Italian PM Matteo Renzi, several scenarios of what will happen next are on the table. Italian MEP Marco Zanni and geopolitical expert Dr. Daniele Scalea told Sputnik about the possibility of 'Greece 2.0' style crisis and the powerplay between Italy's interim government, the EU and the international creditors.

© REUTERS / Alessandro Bianchi
Renzi Resignation Throws Eurozone, EU, Markets Into Turmoil
As the Italian President Sergio Mattarella received Renzi's resignation on December 5, two questions arose: Will a snap election be called and if yes  - when? And if not, what kind of interim government will be appointed by President Mattarella?