'Americans Have Foolishly Driven Russia in the Arms of the Chinese'

Valdai Discussion Club participants explained how the relations between China, Russia and the United States are shaping the direction of global development.

"Emerging today is the system where we have three great powers — the United States, China and Russia," John Mearsheimer, political science professor at the University of Chicago said at the Club's session on global governance problems.

He said the United States faced two "meaningful challengers," Russia and China, and controversies between them create major global problems and define the direction of global development.

"As a result of the US unipolar positions, the United States tries to move NATO further and further eastwards, antagonizing Russia… American elites, both Republican and Democratic, failed to appreciate Russia's security concerns. Americans just refused to understand that," Mearsheimer said.

Ukrainian and Syria crises are the best examples of the deterioration of US-Russia relations and the US failure to hear Russia's security concerns. He said Russia had three choices – to ally with the Chinese or with the United States or remain neutral.

"Situation now looks like Russia is siding with China. Americans have foolishly driven Russia in the arms of the Chinese," Mearsheimer said. 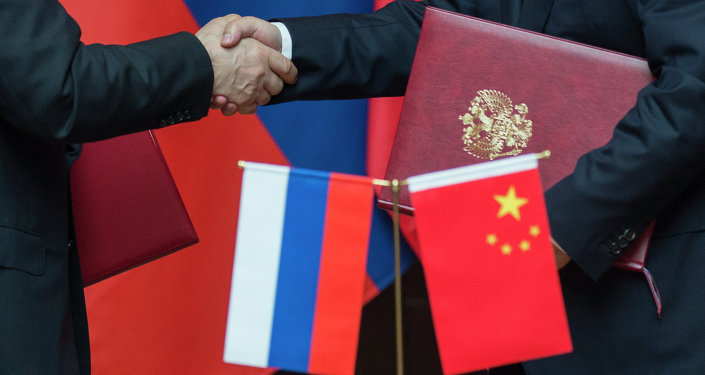 © Sputnik / Sergey Guneev
Russia, China & Independent Allies Forming 'New Alliance in Opposition to US'
Kevin Rudd, former prime minister of Australia, agreed that the world was ruled by the three dominant powers, which has recently led to an "explosion of uncertainties."

What complicates international relations today is that the trio does not always observe the rules of global order, as it happened in 2003 when the United States invaded Iraq, he noted. This undermines international governing institutions, including the UN Security Council.

"Three major powers need to reflect is order better than disorder," Rudd said. "When you have such an emerging disfunctionality, it leads to the disfunctionality of global institutions – UN Security Council could not do anything on Syria."

The Valdai Discussion Club was established by Russia in 2004. It seeks to promote dialogue between Russian and international intellectual elites on global political, economic, and social developments. The 2016 session is hosted by the Russian resort city of Sochi.