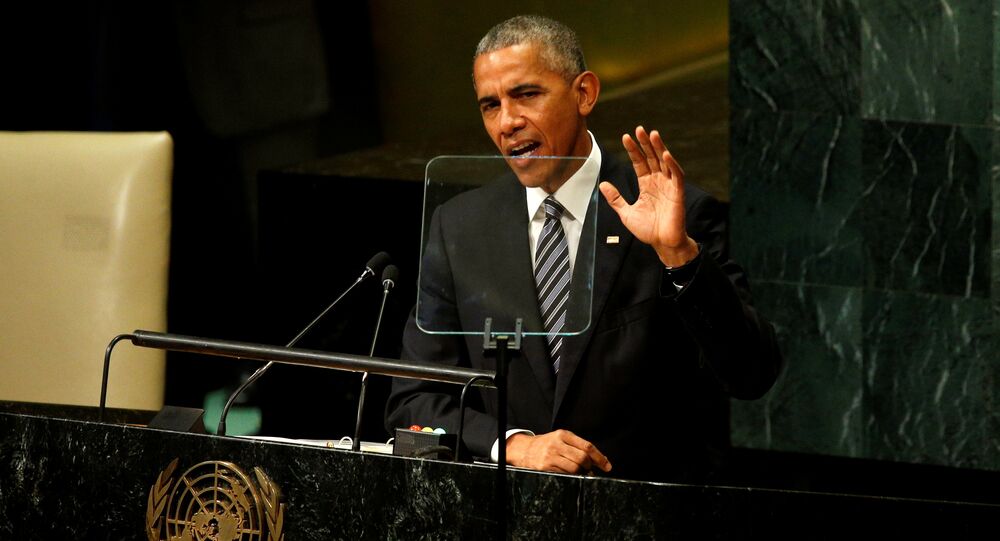 President Barack Obama suffered his biggest political defeat when Congress this week cleared the way for a law allowing Americans to sue foreign governments thought to be terrorism sponsors, US analysts said.

WASHINGTON (Sputnik) — On Wednesday, the Senate and the House of Representatives voted overwhelmingly to override Obama's veto of the Justice Against Sponsors of Terrorism Act (JASTA).

"This is Obama's biggest defeat yet," Executive Intelligence Review senor editor Jeff Steinberg said. "Obama once again showed himself to be at odds with, even an enemy of, the most basic rights of the American people — to justice in an American court of law."

The law is aimed at enabling victims of the September 11, 2001 terrorist attacks to sue Saudi Arabia over its alleged support of the hijackers who struck New York’s World Trade Center and the Pentagon near Washington, DC.

It was the first time since Obama became president in early 2009 that Congress overrode one of his vetoes.

© Flickr / Cyril Attias
Whoops! US Lawmakers Scramble, Backtrack on 9/11 Victims Bill After Override
Obama’s now-nullified action "clearly placed him in the camp of the Saudis and those who are desperate to maintain ties with the Saudis — for oil and arms — versus the right of the 9/11 families and all Americans to full justice and truth about…the worst terrorist attack on the US in history," Steinberg said.

He characterized Obama’s veto explanation to members of Congress as deliberately misleading.

"The letter that Obama signed, in vetoing the JASTA bill, was full of lies and sophistry," Steinberg stated. "Obama was criticizing a phantom bill that had nothing to do with the tight provisions of JASTA, which ultimately closed a loophole in a 40-year old bill on exemptions to sovereign immunity."

Robert Naiman, director of the Washington, DC think tank Just Foreign Policy, praised the new law for ending a double standard that protected US allies from scrutiny while encouraging it against other countries.

Under current federal law, Americans can sue Iran but not Saudi Arabia on terrorism-liability grounds in US courts, he pointed out.

"That is because Iran is on the State Department’s list of state sponsors of terror and Saudi Arabia is not," Naiman said.

There should be only one standard for holding a government accountable to allegations of supporting terrorists, regardless of how cozy that government is with the CIA, Naiman maintained.

Britain’s Brexit Conundrum | How Will the 9/11 Bill Affect US-Saudi Relations?