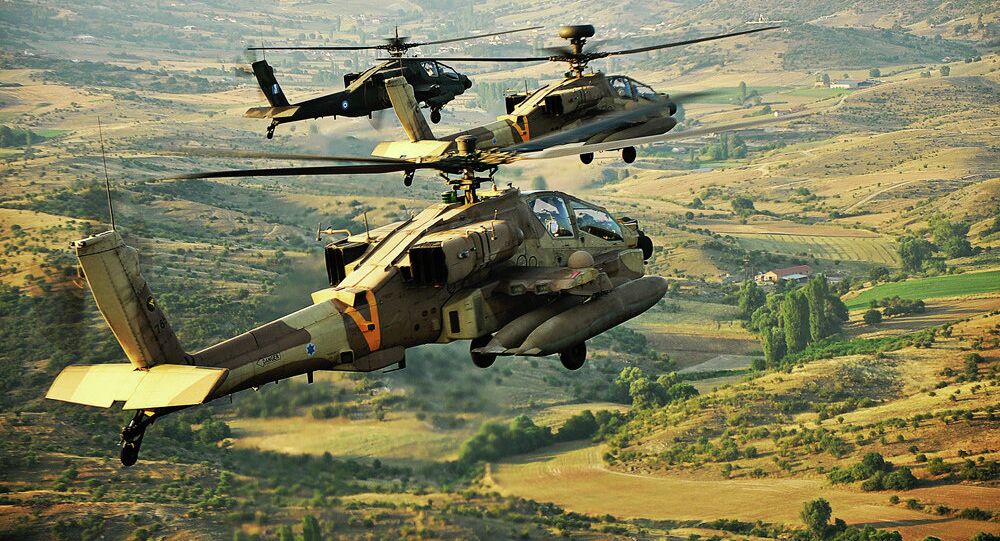 The United States’ new military-aid package for Israel is part of a strategy of maintaining lucrative arms sales to governments pursuing dangerous policies across the Middle East, analysts told Sputnik.

© Sputnik / Igor Mikhalev
US Lawmakers Call on Obama to Delay Arms Sales to Saudi Arabia
WASHINGTON (Sputnik) — President Barack Obama "has cut the military budget, but in order to keep America's vast armaments industry in tip-top shape, he has worked overtime to find outlets to take up the [funding] slack," political commentator and author Daniel Lazare said on Thursday.

The Obama administration outlined on Wednesday a 10-year, $38 billion military-aid package for Israel, but is also selling Saudi Arabia $115 billion worth of high-tech weaponry, Lazare pointed out.

"This has meant stimulating demand by encouraging Saudi military adventures while at the same time working hand-in-glove with hardline confrontationists in the Jewish state," he said.

In Lazare’s view, Obama has made stimulating the economy through arms sales — to the federal government and to overseas customers – the driving force of US foreign policy.

© AFP 2021 / FAYEZ NURELDINE
Western Arms Sales to Saudi Arabia Under Threat Amid Plans to Block US Deal
"The upshot is war in Yemen, a growing arms race in the Persian Gulf and a deepening breakdown in Syria," he asserted.

This policy has led to tensions with Russia, Lazare noted.

"Since the US seems to regard the region as its own private market, it also means growing confrontation with Russia, which, for its own security reasons, is unable to stand by while the Middle East goes down the tubes," he explained.

Washington and its defense contractors need continued conflict in the region to ensure demand for their wares remains strong, Lazare added.

"If too many weapons are chasing too few customers, then the solution that the administration has come up with, consciously or unconsciously, is to expand military conflict in order to stimulate demand," he said.

According to Lazare, Obama has proved unwilling or incapable of reversing this trend.

Whoever succeeds Obama as president is almost certain to continue using arms sales to spark the US economy, foreign-affairs analyst and author Joe Lauria said.

"Both [Democratic candidate Hillary] Clinton and [Republican nominee Donald] Trump have fallen over each other praising the Israel of Benjamin Netanyahu. Even the so-called tension between Obama and Netanyahu resulted in this obscene arms transfer," he remarked.

Lauria predicted that the Palestinian resistance is ending and the Israelis now have more than enough firepower to crush it forever.