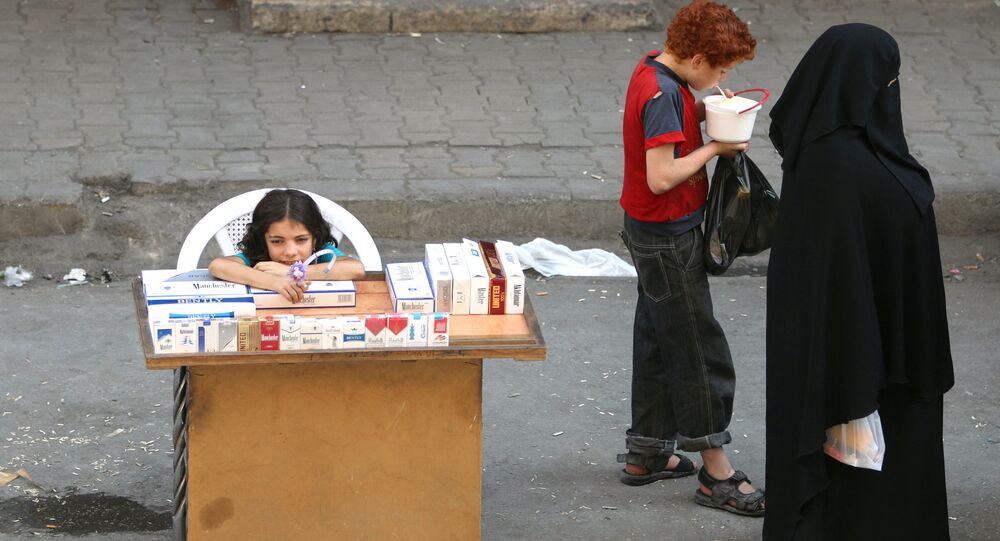 The city of Aleppo has become synonymous with fierce battles, devastation and despair. But there is another side to the city, one that defies death and terror with the will to live and even enjoy life, Aleppo-born TV-reporter Naman Tarcha told Sputnik.

Antonietta is 40 years old, has a dual citizenship and spent a year in Venezuela until she realized she could not stay away from Aleppo any longer. She decided to come back to her hometown to resume her job as a librarian.

One day, as militia rockets were falling outside, a middle-aged gentleman walked in to enrol his son in the library.

Samir, who has a hospital job and is 38 years old, said that all the windows of the house where he sought refuge were smashed when a rocket hit a next door building.

Having brought his family somewhere safe, Samir came back straight to work. 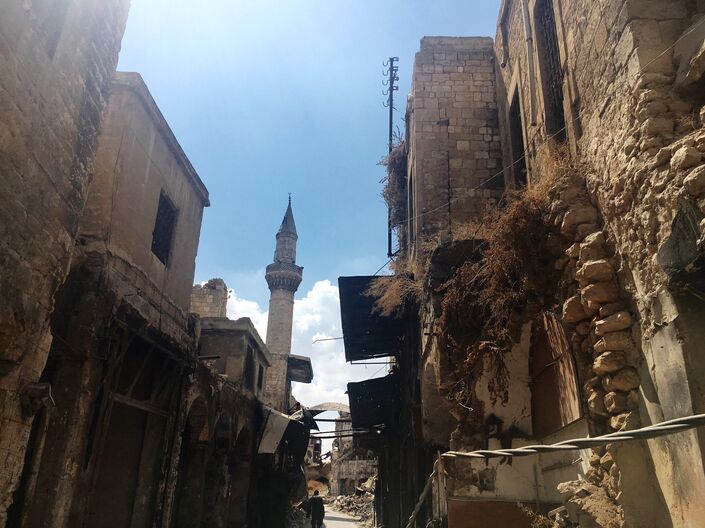 Rima, a 36-year-old mother, lost her 9-year-old son, when he was hit while playing on the balcony by shrapnel from a mortar round.

The 40 days of mourning have passed and now Rima volunteers in a shelter for families displaced from the eastern neighborhood of Aleppo — where the mortar round that killed her son was fired.

These are some of the stories that Rome-based Syrian TV reporter Naman Tarcha collects from his brother and friends, who still live in Aleppo.

All these tales of bravery before savagery have induced Tarcha to launch a Twitter campaign called "Qui Aleppo" — Italian for "Here Aleppo"- in which he asks friends and relatives to send in pictures of their daily life.

"Tell them that we will stay and won't give up," Tarcha relates his friends' reaction upon hearing that Sputnik wants to know their stories.

"This is what they keep saying," adds Tarcha, "and during wartime the choice to stay turns into heroic action."

"In wartime, the simple actions of daily life, like going to work, sending one's children to school and dining out with friends become the highest form of resistance against the threats of terrorism," Tarcha told Sputnik, "this is the spirit of Aleppo's inhabitants."

Media coverage of Aleppo has tended to focus on the plight of the population. But, even more important, according to Tarcha, is the inhabitants' resolve.

"People resist, without losing hope, all the difficulties notwithstanding, such as the high cost of living, lack of portable water and electricity for months, the rockets and mortar rounds fired by armed groups.

"Today the situation has slightly improved, after the government's siege of the areas occupied by armed groups, and the essential intervention of Russia on the side of Syrian people. There is total trust in the Syrian Army and its allies and people look forward to the freeing of the whole of Aleppo," Tarcha told Sputnik.

Far from being a ghost town, Aleppo might soon resemble a Phoenix that rises from its ashes.