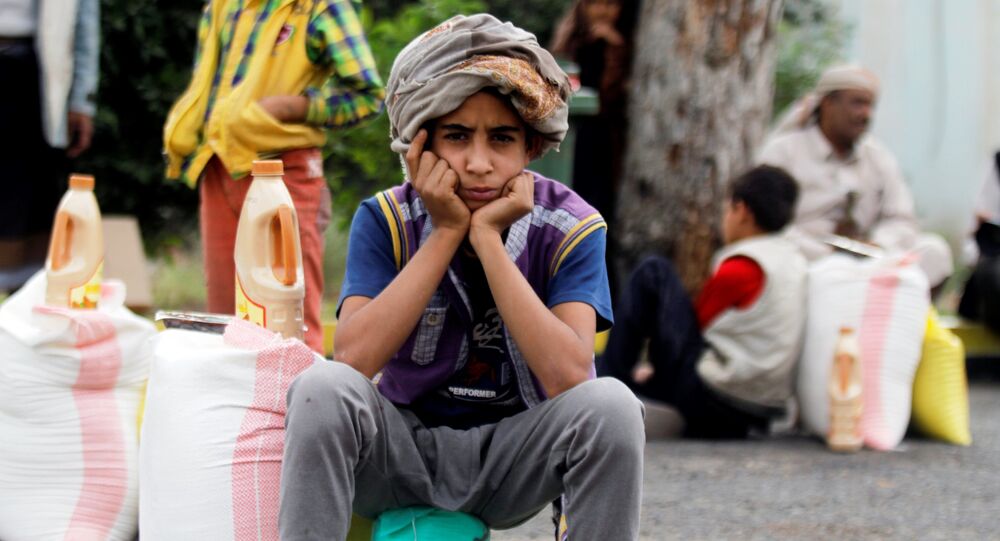 The US government continues to sell bombs to Saudi Arabia used to kill civilians in Yemen in a conflict that is not even important to Washington and at a cost that outweighs American interests, analysts told Sputnik.

WASHINGTON (Sputnik) — Earlier this week, the Pentagon approved a $40 million contract to sell bomb parts to Saudi Arabia and three other countries after US lawmakers urged the White House to stop arms sales to Riyadh given the toll of Saudi-led airstrikes on Yemen civilians.

“The United States is selling a coalition of some of the worst human rights-abusing nations, weapons and providing other valuable assistance in a conflict that is unimportant to the American national interest,” Independent Institute Center for Peace and Freedom Director Ivan Eland told Sputnik.

On Wednesday, US Department of State spokesperson John Kirby told reporters that the US government was offering its condolences to civilians in Yemen killed by Saudi-led coalition airstrikes.

However, Eland said the US apology was meaningless as long as the sale of bombs and other war-making weapons and materials to the Saudis and their allies in the Yemen conflict continued.

“If this were a critical war for US vital interests, apologizing for ‘collateral damage’ on civilians would at least be something,” Eland remarked. “The United States supporting the predictable indiscriminate and brutal bombing by the Saudi-led coalition is even more misplaced.”

The civil war in Yemen was peripheral to US security concerns, Eland pointed out.

“The [rebel] Houthis get some assistance from Iran, but even US officials are skeptical that they are controlled by that country [Iran],” he noted. “Even if they were, their [Iran’s] control of Yemen is not strategic to the United States.”

California State University Professor Emeritus of Political Science Beau Grosscup told Sputnik that US policymakers saw no contradiction between selling bombs to the Saudis that killed civilians in indiscriminate air strikes and expressing their condolences for the victims of those attacks.

“Since the world is framed in a nation-state system, the United States sees no conflict between offering condolences to one nation-state [Yemen] while it sells arms to another [Saudi Arabia],  since they are two independent sovereign entities.”

In selling arms to Saudi Arabia at the same time Riyadh uses those weapons to terrorize Yemenis, the Obama administration was trying to stifle critics with an argument also centered in the nation-state system, Grosscup observed.

Washington uses the justification that given Saudi Arabia is a sovereign government, what the Saudis do with those weapons is their business for which the United States cannot be held responsible, Grosscup added.

The UN estimates that up to 10,000 people have been killed in Yemen’s civil war over the past 18 months.

At Least 60 Killed in Suicide Bombing in Yemen's Aden