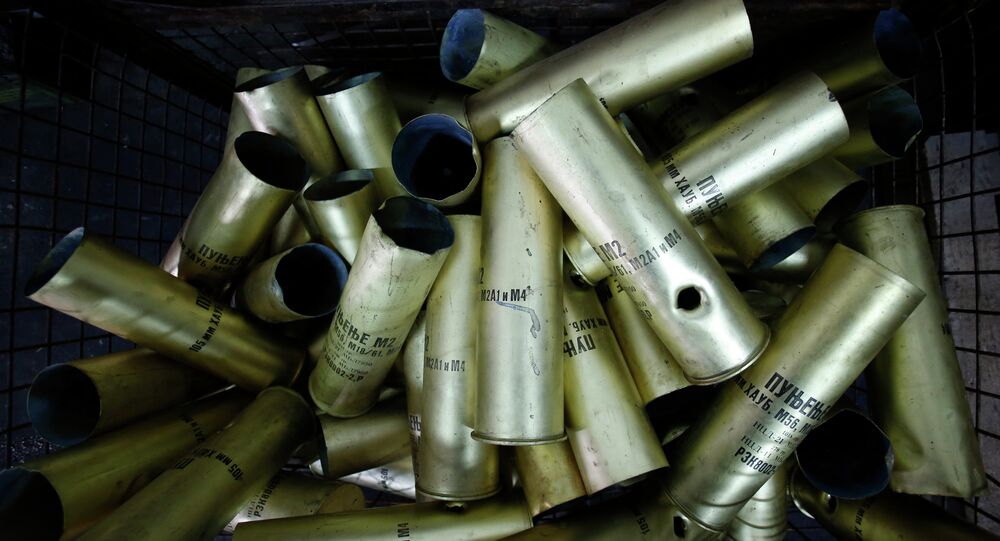 The Ukrainian ambassador to Washington’s proposal to co-produce lethal weapons in his country would not benefit the United States in any way and would only make the civil war there worse, experts told Sputnik.

“If the United States providing lethal weapons to Ukraine is a bad idea because of the potential for the escalation of violence, then how is manufacturing those weapons in Ukraine with US assistance any better?” University of Rhode Island Political Science Professor Nikolai N. Petro told Sputnik.

However, Petro pointed out that if the proposal was approved, it would simply create more weapons with which Ukrainians would be able to kill each other in ever greater numbers.

“The West needs to face up to the fact that this is a civil war, albeit with external support. Therefore, throwing more arms into the mix will only increase the civilian and military casualties among Ukrainians,” he explained.

Petro also observed that the current Ukrainian regime of President Petro Poroshenko had so far clearly failed to keep control of the weapons already in its arsenal, many of which had leaked, been sold or stolen to different militia groups.

By setting up coproduction facilities to make more weapons in Ukraine, the US government “will also be arming the rebels, since a sizable portion of military supplies winds up on the black market,” Petro stated.

Far from offering an end to the conflict, simply increasing the number of weapons in the land would only make things worse until a credible government could reestablish law and order, Petro observed.

“More weapons make it more difficult to restore civilian order in the country, which is already suffering from a 40 percent rise in violent crimes as a result of the weapons that soldiers from the front bring home as ‘trophies,’” he noted

Anti war.com senior analyst Jason Ditz noted that there were no legal or constitutional impediments to the US government setting up coproduction facilities to make weapons in Ukraine, but he saw no benefit whatsoever for the United States in doing so.

Ditz also predicted that the weakness of the Ukrainian economy, especially its arms production industry, would generate delays and major cost overruns for US defense contractors who attempted to carry out coproduction projects with it.

“Ukraine's state-run arms maker is far from a model of efficiency, and the country's continued reliance on foreign energy sources, which it has a mixed history of actually paying for, doesn't exactly scream dependability for a long-term joint manufacturing scheme,” he concluded.