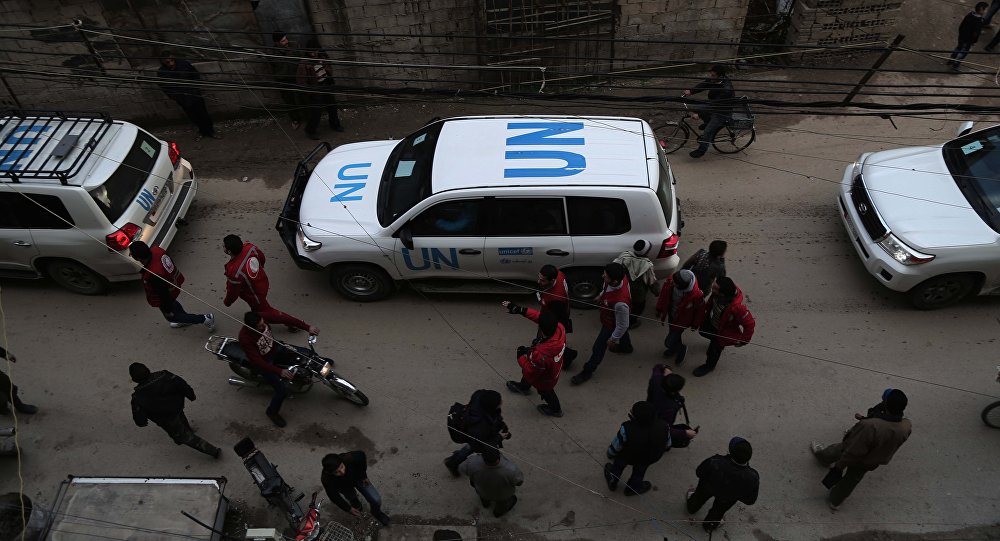 Allegations this week that France may have been involved in the use of chemical weapons in Ghouta in 2013 come after three years of investigation failed to provide any significant evidence of Syrian government complicity, US analysts told Sputnik.

© AFP 2019 / MOHAMED ABDULLAH
France One of Many Possible Suspects Behind Ghouta Chemical Attack - Ex-UN Envoy
WASHINGTON (Sputnik) — Syria’s Representative to the UN Bashar al-Jaafery told Sputnik this week that there was evidence of France’s involvement in the attacks.

“The accusation President [Barack] Obama made at the time that it was Syrian government forces that fired the chemical weapons was never backed up by the evidence, including the telemetry evidence,” historian and Syria expert Helena Cobban said on Wednesday.

In late August and September 2013, Syrian rebel groups and their supporters in the US mainstream media made strident accusations about the Syrian government's responsibility but their claims were never backed up by the telemetry, Cobban recalled.

“We in the antiwar movement demanded that the president present the evidence to back up his claims of Syrian government responsibility, but he never did,” Cobban noted. “And we were able to persuade enough members of Congress to withhold their approval for military action… That was in the context of the Russian offer of negotiating a chemical weapons-removal plan, which went ahead.”

Obama’s public proclamation that Damascus's use of chemical weapons would be a "red line" triggering direct US military involvement had provided a powerful incentive for all the anti-government forces active in Syria to simulate such an attack or orchestrate a "false flag" chemical weapons attack, Cobban suggested.

University of Illinois Professor of International Law Francis Boyle told Sputnik that the Syrian UN envoy’s allegations this week had to be assessed in the context of the failure to find any hard evidence to implicate the Damascus in the Ghouta attacks.

He noted that UN inspectors in their report at the time “admitted they were under the control of the opposition in order to make their inspection of Ghouta [and] this was a rush job designed to meet an artificial deadline of questionable significance.” He summed up their report “as completely slipshod and worthless.”

Boyle agreed that the issue of who really carried out the chemical attacks at Ghouta remained an open question.

On Wednesday, the UN and Organization for the Prohibition of Chemical Weapons released the results of a probe into chemical weapons attacks in Syria in 2014 and 2015 that implicate the Syrian government and the Islamic State terrorist group, according to the White House.