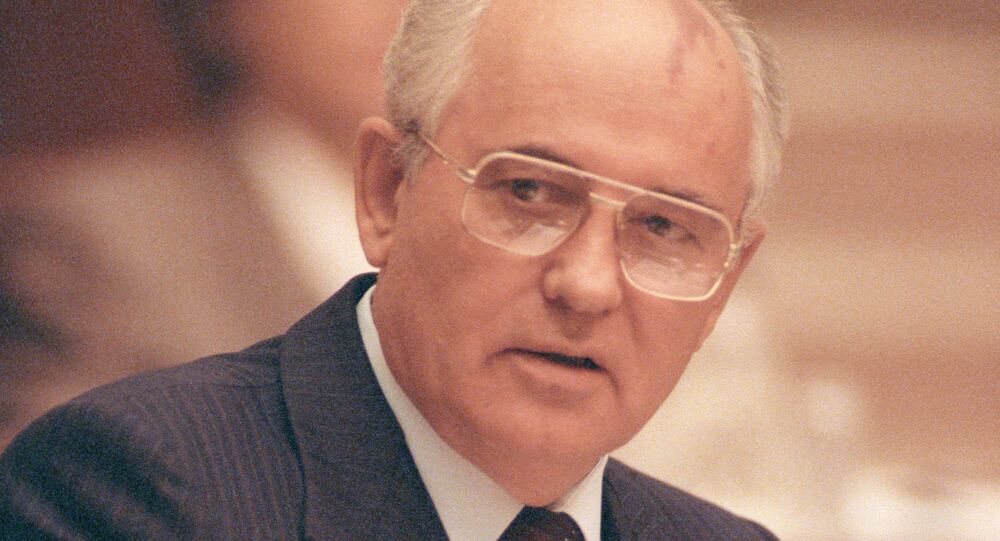 Bush went into June 1991 convinced that Gorbachev was the key figure in guaranteeing continued US-Soviet worldwide cooperation and this meant he must do everything in his power to protect the Soviet ruler, Waters explained.

“Bush and his administration at least twice warned Gorbachev and his people that the United States had hard evidence that hardliners were planning a coup,” Waters stated. “By the time Bush warned Gorbachev, their two countries had established a remarkable working relationship.”

In December 1988, Gorbachev and previous US President Ronald Reagan had strong-armed their allies into a southern African peace settlement under which the Cubans left Angola and South Africa gave Namibia its independence, Waters continued.

“This created the atmosphere that allowed the South Africans to give up Apartheid and grant Black-majority rule,” Waters said. “A few months later, US and Soviet officials agreed to expand this start and work to end the Cold War in Africa, which ultimately brought peace to Ethiopia and Mozambique.”

After the fall of the Berlin Wall and movement toward German reunification, Gorbachev allowed the Bush administration to lead a UN war against the Soviets' ally, Iraq, in 1991, Waters added.

“Bush believed that this solidified a new period of international cooperation, but the war further weakened Gorbachev and his democratic and reformist ideology,” Waters acknowledged. “Leftists and nationalists saw their country as weakening and Gorbachev as a pawn of Bush and Wall Street.”

© Sputnik / Alexander Vilf
NATO Assured USSR of No Plans to Expand Eastward in Early 1990s - Ex-Soviet FM
Political analyst and author Dan Lazare told Sputnik that the coup was an unsuccessful attempt to preserve a system that was disintegrating under Gorbachev.

“The USSR had been politically comatose since the 1960s and economically weakened since the 1970s. By the time the coup occurred, the currency was worthless, commodity exchange was screeching to a halt, and the republics were raising the drawbridges,” Lazare said.

Lazare confirmed that the US government was a spectator to the coup drama rather than a significant participant in it.

“As for the US role, I actually don't think it was all that significant.  Of course, America constantly made itself felt and worked ceaselessly to reorder the world system to its own advantage. But US power was not as overweening as it is now,” Lazare noted.

The Soviet collapse was largely internal because it became unable to modernize either politically or economically, Lazare concluded.

The August Putsch started early on August 19, 1991. Led by Soviet Vice President Gennady Yanayev, the State Committee on the State of Emergency (GKChP) attempted to remove Gorbachev from power while he was on holiday in Crimea. The coup collapsed several days later, on August 22. The coup attempt is widely believed to have significantly contributed to the disintegration of the Soviet Union on December 26.