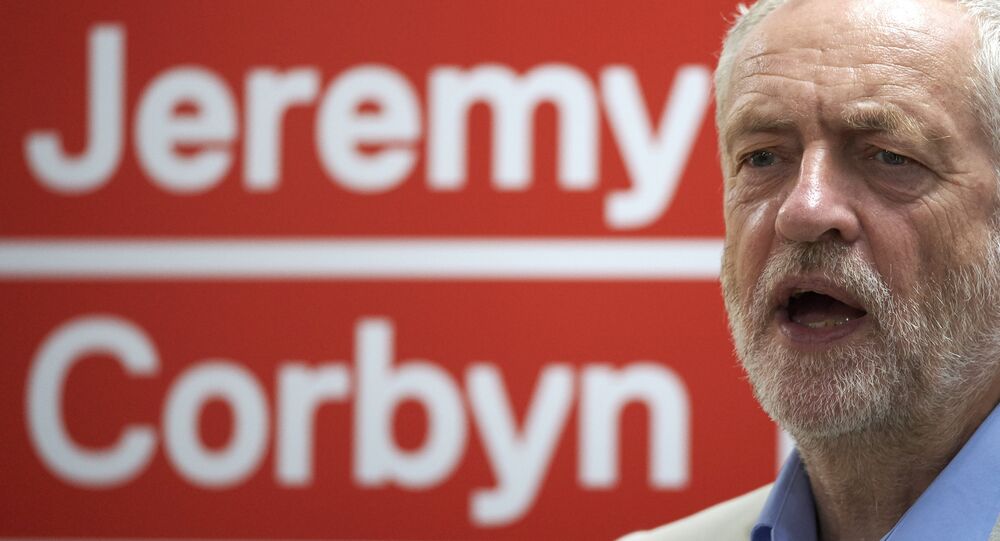 The Bitter Struggle for the Soul of the Labour Party

“Revolution is a struggle to the death between the future and the past,” Fidel Castro once said. The bitter struggle for the leadership of the Labour Party, while not as grave a matter as life and death, does come close to proving the veracity of the Cuban leader’s words.

The rancor and bitterness that has engulfed Labour in the wake of Brexit has reached a new level of intensity with the ruling of the Court of Appeal in London to uphold the party bureaucracy’s decision to prevent 130,000 people who joined the party since January from having a vote in the leadership election in September.

© AFP 2021 / Niklas Halle'n
Britain's Corbyn Wins Court Case as Labour Party Spins Out of Control
It reverses a prior ruling of the High Court in favour of the action that was brought by a group of party members against the attempt to block them from being allowed to vote. Understandably, the ruling met with anger from the Corbyn supporters and campaigners, who’ve asserted that the appeal is “wrong” both on democratic and moral grounds.

Corbyn’s detractors claim, not without foundation, that he fought a lacklustre campaign in favour or Britain’s continuing membership of the EU. The resulting vote to exit the EU — Brexit — has pushed the country into a period of profound economic and political uncertainty, with a spike in reported incidents of racism and hate crimes against migrants and minorities evidence of its toxic consequences. The depth of bitterness within the Labour, and the challenge mounted against Jeremy Corbyn’s leadership, reflects the anger that is felt by many over this state of affairs.

However Corbyn’s leadership was under siege long before the EU referendum, while the disenfranchisement, alienation and misplaced hostility towards migrant workers and minorities that drove Brexit a factor long before he was elected leader of the party. No matter, despite the huge mandate he received to lead the party last year from its members, Jeremy Corbyn has found himself in a situation in the House of Commons of having his opponents arrayed in front of him in the shape of the Tories, with his enemies sitting behind in the shape of the majority of his own Labour MPs.

From there they have watched and waited for an opportunity to topple a leader they have always viewed as an impostor whose every utterance is an offence to the centrist beliefs they hold so dear.

© REUTERS / Stefan Wermuth
Corbyn Says Ready to Extend Hand of Friendship to Opponents Within Labour Party
The strength of opposition to Corbyn’s leadership has also been evident in media coverage that has been so hostile you could have been forgiven for thinking he was a criminal mastermind rather than the leader of Her Majesty’s opposition. Ceaseless attacks on his competence, political record, and suitability as a potential prime minister have been the norm.

Yet rather than result in a weakening of support this anti-Corbyn campaign has merely strengthened and solidified it. In truth the mainstream media’s problem with Corbyn is not his competence or record but the ideology that drives his politics, offering a clear alternative to a status quo of war, neoliberalism, and crippling inequality. It marks a radical departure from the Labour Party that was led by Tony Blair between 1994 and 2007, a departure amplified by the recent findings of the Chilcot report into the war on Iraq in which Blair’s role in the lead-up to the war is heavily criticised.

To gain a deeper understanding of the difference in political vision and direction a Corbyn-led Labour Party has embraced compared to its Blair-led predecessor, we only have to reflect that in retirement, when asked to opine on her greatest political achievement, Margaret Thatcher answered Tony Blair and New Labour – i.e. the transformation of the Labour Party as the party that represents ordinary working people and their needs into a party representing the interests of the rich, the City of London, and big business.

It was shift to the right replicated across Western Europe during the 1990s, as social democratic parties moved to dislodge their conservative counterpart from the centre right ground they’d traditionally called their own, succumbing to the ‘End of History’ triumphalism that gained wide traction across the West in response to the demise of the Soviet Union, whereby free market fundamentalism reigned.

© AFP 2021 / Leon Neal
Deep Divisions in Corbyn's Labour Party as MPs Take On Grassroots
Corbyn’s surprising and dizzying elevation to the leader’s office in 2015 came on the back of an eruption of hitherto dormant left wing sentiment from below. The left within the Labour Party had been so defeated and demoralized over the preceding three decades and more, regarded as a relic of a discredited past, the party’s hierarchy felt emboldened enough to help him receive the thirty nominations from Labour MPs required to get him onto the ballot for last year’s leadership election – triggered by the resignation of the previous incumbent Ed Miliband in the wake of the general election defeat. They did so safe in the knowledge that Corbyn would receive a derisory vote. They were wrong and now they want their party back.

Astonishingly, for some within the Labour Party the surge in new members the party has enjoyed is not a development to be celebrated but proof of a grand conspiracy to subvert it.

The party’s general secretary Iain McNicol has been key in pressing for the court injunction to block new members from voting in the leadership election, while Corbyn’s own deputy, Tom Watson, recently claimed that the party is at risk of being taken over by hard left “Trotsky entryists”. It defies belief that there could be more than 100 Trotskyists in the whole of the UK, never mind the thousands implied in Watson’s assertion, which Corbyn himself describes as “nonsense”.

With the result of leadership election to be announced at the party’s annual conference on 24 September, this is a struggle that will grow increasingly bitter between now and then. What both sides have in common is an understanding of the consequences of either victory or defeat not only for the Labour Party but British politics and society as a whole.