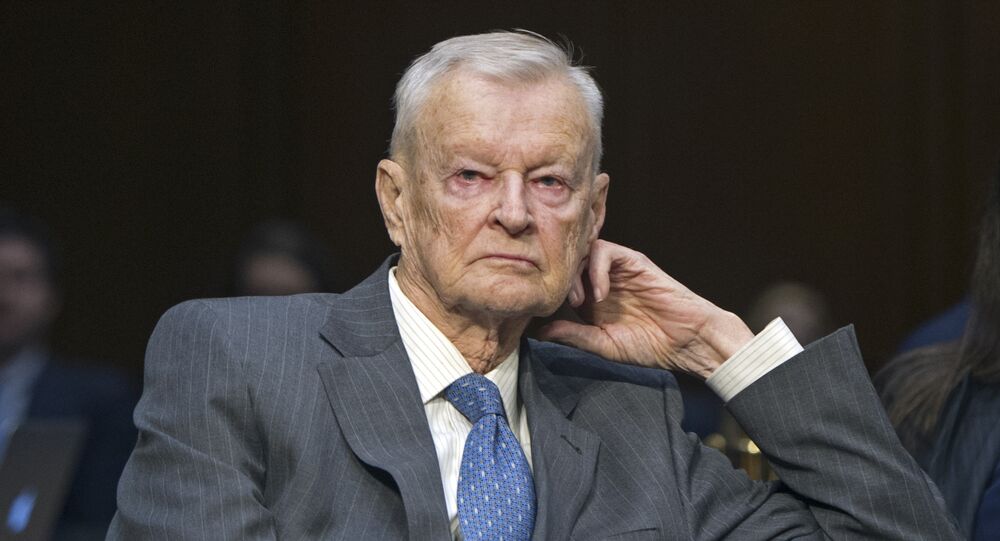 Before Prosecuting Iraq War Criminals, US Must Deal With Afghan War Crime

Iraq war criminals deserve to be prosecuted. Britain’s Chilcot report is only the most recent example of a worthy cause needing to be addressed. But in 1979, long before false intelligence was used to justify the Iraq war, a heinous war crime was committed against Afghanistan by President’s Carter’s National Security Advisor Zbigniew Brzezinski.

By Paul Fitzgerald and Elizabeth Gould

It’s not just Brzezinski who is culpable. It was the Washington bureaucracy that enabled Brzezinski to activate his Machiavellian plot of intentionally drawing the Soviets into his “Afghan Trap.”

© Flickr / chuck holton/ U.S. Army Photo
Hands Untied? US Troops Relax Rules of Engagement in Afghanistan
Once the Soviets took Brzezinski's bait and crossed the border into Afghanistan on December 27, 1979 the fates of both countries were doomed. As if in a trance, a complacent bureaucracy turned a blind eye to the lack of proof of the American claims that the Soviet invasion was a step towards world domination. Within days the beltway became a cheering squad, enabling Brzezinski to fulfill his imperial dream of giving the Soviets their own "Vietnam." The bureaucracy's motivation was simple. Brzezinski was winning the only game in town, the Cold War against the "Evil Empire." The fact that Brzezinski's deceitful plot could lead to the death of Afghanistan as a sovereign state did not concern Washington's elites, either from the right or the left. Predictably, Afghans' lives have been turned into an endless nightmare that festers to this day.  Not only is Brzezinski's scheme continuing to undermine Afghanistan's sovereignty, his Russophobia also drives NATO's unjustified aggression towards Russia today!

In 1977 when Brzezinski stepped into the Oval office as National Security Advisor to President Jimmy Carter, his Russophobia was a well-known fact from Washington to Moscow. It was no surprise that he was not content with the American moderates' pragmatic Cold War acceptance of coexistence with the Soviet state. The Polish born Brzezinski represented the ascendency of a radical new breed of compulsive xenophobic Eastern European intellectual bent on holding Soviet/American policy hostage to their pre-World War II world view. According to Brzezinski biographer Patrick Vaughan, Brzezinski rejected the very legitimacy of the Soviet Union itself, calling it "a cauldron of conquered nationalities brutally consolidated over centuries of Russian expansion."

Racism is not a basis for a rational foreign policy

© AFP 2021
Brzezinski Vision to Lure Soviets into ‘Afghan Trap’ Now Orlando’s Nightmare
A phobia is defined as an extreme or irrational fear. Therefore it is reasonable to define a Russophobe as one who has an irrational fear of Russians. Simply put, a Russophobe hates Russians for being Russian! That's called racism, pure and simple, not the basis of creating rational foreign policy. The Beltway should have demanded that a well-known Russophobe like Brzezinski back his claims with proof that the Soviet invasion of Afghanistan was the first step to taking over the world. Instead, the Washington Bureaucracy dined out on his fantasy and we have been living with the consequences ever since.

The Bureaucracy knows Brzezinski has always been a Russophobe

Paul Warnke, President Carter's SALT II negotiator put Brzezinski's racial bias this way in an interview we conducted with him in 1993. "It was almost an ethnic thing with Zbig, basically that inbred Polish attitude toward the Russians. And that of course that was what frustrated the Carter Administration. [Secretary of State] Vance felt very much the way that I did. Brzezinski felt the opposite. And Carter couldn't decide which one of them he was going to follow. So it adds up to a recipe for indecision." Warnke went on to say that he believed the Soviets would never have invaded Afghanistan in the first place if Carter had not fallen victim to Brzezinski's irrational attitude toward détente and his undermining of SALT II. In our own research into the causes of the Soviet invasion we did prove Warnke's assumption that there would have been no invasion without Brzezinski's willful use of entrapment.

© AFP 2021 / Arthur Edwards
Racism and the Monarchy: 10 Times the UK Royals Went a Little Too Far
At a conference conducted by the Nobel Institute in 1995, a high-level group of former US and Soviet officials faced off over the question: Why did the Soviets invade Afghanistan? Former National Security Council staff member Dr. Gary Sick established that the US had assigned Afghanistan to the Soviet sphere of influence years before the invasion. So why did the US choose an ideologically-biased position when there were any number of verifiable fact-based explanations for why the Soviets invaded? To former CIA Director Stansfield Turner, responsibility could only be located in the personality of one specific individual. "Brzezinski's name comes up here every five minutes; but nobody has as yet mentioned that he is a Pole." Turner said. "[T]he fact that Brzezinski is a Pole, it seems to me was terribly important." What Turner was suggesting in 1995 was that Brzezinski's well-known Russophobia led him to take unjustifiable advantage of a Soviet miscalculation.

The conference revealed that "self-fulfilling prophecies," "a dubious deductive apparatus," and "decisions that provoked as often as they deterred" provided the operating system for more than a decade of Cold War policy under Presidents Carter and Reagan. Numerous scholars pondered Brzezinski's decision-making process before, during and after the Soviet invasion. Dr. Carol Saivetz of Harvard University testified, "Whether or not Zbig was from Poland or from someplace else, he had a world view, and he tended to interpret events as they unfolded in light of it. To some extent, his fears became self-fulfilling prophecies… Nobody looked at Afghanistan and what was happening there all by itself."

But it wasn't until the 1998 Nouvel Observateur interview that Brzezinski boasted that he had provoked the invasion, by getting Carter to authorize a presidential finding to intentionally suck the Soviets in, six months before Moscow considered invading. Yet, despite Brzezinski's admission, Washington's entire political spectrum continued to embrace his original false narrative, that the Soviets were embarked on world conquest.

Brzezinski's Russophobia is still the basis of U.S. foreign policy towards Russia

For Brzezinski, getting the Soviets to invade Afghanistan was an opportunity to shift Washington toward an unrelenting hard line against the Soviet Union. By using deceit combined with covert action, he created the conditions needed to provoke a Soviet defensive response, which he then used as evidence of Soviet expansion. However, after Brzezinski's exaggerations and outright lies about Soviet intentions became accepted, they found a home in America's imagination and never left. US foreign policy, since that time, has operated in a delusion of triumphalism, provoking international incidents and then capitalizing on the chaos.

© Sputnik / Maksim Bogodvid
US, NATO Spreading ‘Russophobia’ Out of Fear of Losing Political Ground
Brzezinski's current status as the almost mystical "wise elder" of American foreign policy should be viewed with extreme caution given the means by which he achieved it. Today, the legacy of Brzezinski's Russophobic ideological agenda continues through many acolytes including his two sons, as they carry on the Brzezinski lineage by aggressively pushing beltway polices towards dangerous confrontations with Russia. Tragically, Brzezinski's legacy also lives on in the failed state of Afghanistan as the hated Taliban are poised to take over again. While all this horror is happening to the Afghan people, NATO forces are using Brzezinski's homeland of Poland to push provocatively against Russia's border.

The role that Brzezinski played, as well as those officials who enabled him to cause the death of Afghanistan while intentionally triggering the rise of Islamic extremism, must be examined. Building to a trial, even in absentia, will begin the desperately needed process of breaking the trance-like hold Brzezinski's Russophobia still has on Washington's foreign policy that is denying its core role in creating Islamic extremism and driving America to the brink of nuclear war with Russia.

No matter whom the next president is, if we are to save America, this forty year old crime against Afghanistan must first be made right.

NATO Funding Has Done Little to Mitigate US Abandonment of Afghanistan

Talks With Taliban Needed to Accelerate Political Solution for Afghanistan

NATO to Remain in Afghanistan After 2016, Troops Size to Be Decided Soon