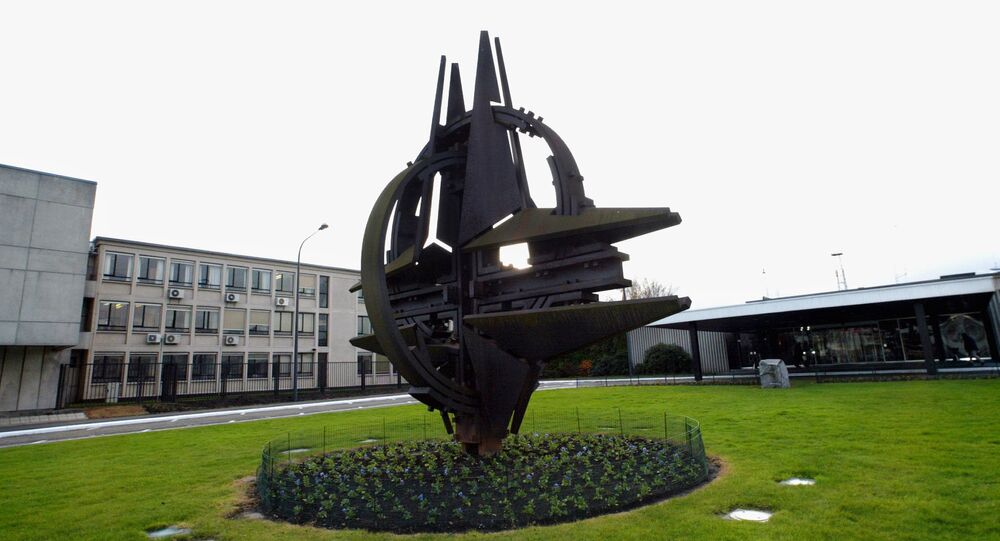 Major disagreements remained between Russia and the North Atlantic Treaty Organization (NATO) after the Wednesday NATO-Russia Council (NRC) meeting, but NATO welcomed Russia’s proposal on air safety in the Baltics.

BRUSSELS (Sputnik) – The NRC meeting convened in the Belgian capital of Brussels on Wednesday with a focus on the crisis in Ukraine and mutual transparency, risk reduction and the outcome of the recent NATO summit in Warsaw.

"The atmosphere in the meeting was good, but we didn't agree," NATO Secretary General Jens Stoltenberg said after the meeting on Wednesday, adding that the talks were "useful" with "frank and open discussions."

Stoltenberg welcomed Russia’s Wednesday proposal to ensure air safety in the Baltics, adding that NATO was awaiting more details on the offer and saying that he looked forward to further discussions on measures to avoid "incidents, accidents and misunderstandings."

The Wednesday NRC meeting was the second one since June 2014, the year when NATO suspended civilian and military cooperation with Russia amid strained relations over the Ukrainian crisis. Political dialogue via the NRC, nevertheless, continues, with the previous meeting having taken place in April.

NATO updated Russia on key military and security decisions adopted at last week’s Warsaw Summit and heard a response from Moscow on Wednesday. Russian Permanent Representative to NATO Alexander Grushko said that measures adopted in Warsaw were "of confrontational nature" and were weakening European and regional security.

Grushko stressed that the road to stabilization of relations between Russia and the alliance lies through reduction of military activities conducted by NATO near the Russian borders.

Stoltenberg stressed that NATO’s presence in Eastern Europe is a response to Crimea’s secession from Ukraine and subsequent reunification with Russia.

According to Stoltenberg, the Wednesday meeting was "not a meeting of minds," but an opportunity to exchange viewpoints and clarify positions on the crisis, in which NATO and the West accuse Russia of fueling the conflict between the Ukrainian government and pro-independence forces. Moscow insists it is not a party to the hostilities.

Despite the remaining disagreements, NATO welcomed Russia’s proposal to ensure air safety in the Baltics, including through flights with transponders turned on.

"Russia proposed a way forward on how we can address issue related to transponders and air safety. We stated clearly that we welcome that Russia is ready to sit down and discuss air safety, transparency, including transponders. But we also asked for more details, and I think it’s up to Russia to discuss the details of the proposal, but we welcome that Russia is showing more interest on the issue," Stoltenberg said.

The Secretary General added that NATO should look into its own flight standards to ensure safety, transparency and predictability in the Baltics airspace.

Stoltenberg stressed that military-to-military lines of communication between NATO and Russia are open and that the two sides are negotiation how to make sure that they continue functioning and are used in the best possible way.

NATO expressed support for updating the 2011 Vienna Document on inspections, addressing the challenges of snap military exercises and striving to ensure transparency and predictability, according to Stoltenberg.

The Vienna Document on Confidence- and Security-Building Measures was signed in 2011 by the Organization for Security and Co-operation in Europe (OSCE) member states to inform each other about their military activities.

Grushko told journalists that improving the Vienna document will not work and that NATO must reduce its confrontational military activities. In the meantime, Russia "will do everything necessary to ensure the country’s defensive capacity," Russia’s permanent representative to NATO stressed.

The date or format of the next dialogue between the North Atlantic Treaty Organization (NATO) and Russia has not been set yet, Stoltenberg said after the Wednesday Russia-NATO Council meeting.

Why NATO Has Begun to Resemble a Colossus With Clay Feet