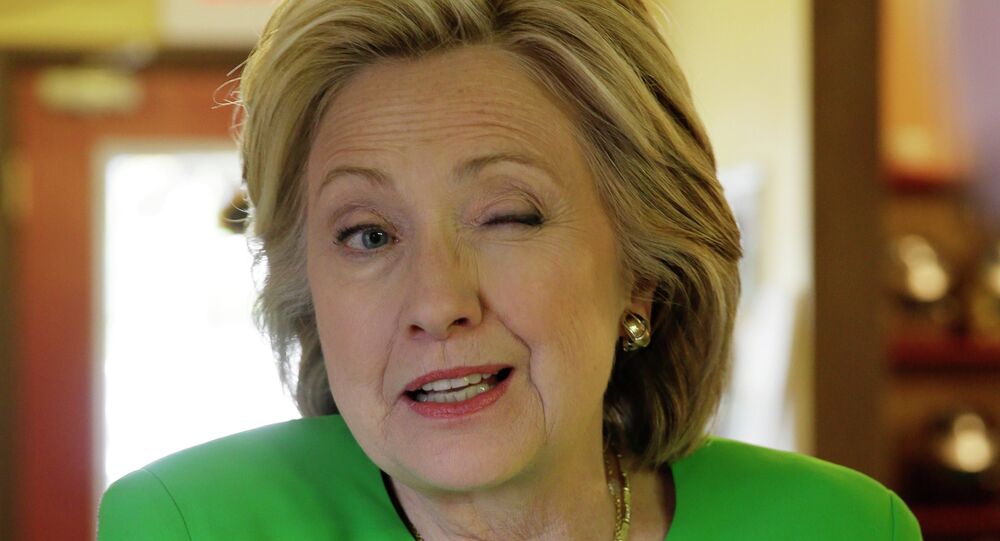 FBI Director James Comey justified his decision to not recommend charges against the former Secretary of State, at a congressional hearing this week, over her alleged mishandling classified documents by appealing to the fact that she was too stupid to fathomably have the requisite criminal intent.

There is a general rule among attorneys who practice white-collar law – most defendants are guilty, but some are simply too dumb to realize they did anything wrong with the phrase “criminally stupid” applied to this group by their own lawyers. Prosecutors traditionally have mercy on this type of defendant and based on FBI Director James Comey’s testimony before Congress, it seems Hillary’s "get out of jail free" card may not have been her corrupt  cronyism, but apparently just sheer idiocy.

The Case to Indict Hillary Was Ironclad

Comey rattled the world for 14 minutes on Tuesday morning laying out the elements of the case against Democratic nominee Hillary Clinton establishing each element of the crime that she was charged with in perfect legalese leaving viewers to just wait for him to utter those final words that the agency would recommend prosecution to the Department of Justice, but the suddenly the unthinkable happened – the recommendation to prosecute despite “evidence of potential violations of the statutes” never came.

In his speech, Comey confirmed that Hillary Clinton sent or received 110 documents that were classified at the time of transmission from her private email with the contents guarded by a "homebrew" private server with less security protection than a commercial system like Gmail.

He further determined that "no reasonable person" would believe that the private server was an appropriate place to house classified documents which she "knew or should have known" she would receive on her system.

Comey further laid out the fact that several of the documents contained HUMINT and SIGINT, information that was acquired by CIA analysts who often imperiled their own lives in order to obtain the information that the former Secretary of State dangled out in front of hostile foreign actors like a piece of meat.

It has further been determined that Hillary Clinton’s emails contained the identities of at least 47 undercover CIA personnel operating in posts around the world and that her system was likely hacked on several occasions due to not only her private email server, but also exposing information abroad by using a Blackberry while in foreign countries to access her email system.

Of course, any evidence that Hillary Clinton’s system was hacked was destroyed by her staff and attorneys who attempted, for the most part unsuccessfully, to wipe the server clean of any indictable evidence although as we know from testimony by lead aide Huma Abedin she used the server to circumvent federal Freedom of Information Act legal requirements to preserve and provide work-related emails and we also know that her email system was taken offline on at least one occasion when the system was subject to a potential security breach.

Comey Changed the Statute to Justify the Decision

Comey characterized Hillary’s mishandling of classified information as "extreme carelessness," a synonym for the term gross negligence but with the FBI Director requiring an even higher level of intent, known as criminal intent or purposefully engaging in an unlawful act, which was not actually required by the statute.

© Sputnik / Sergey Guneev
High Time for a Thaw: Why US, Russia Have a Shot at Normalizing Ties

This stands in stark contradiction of the very first cannon of statutory construction, as was adopted by the Supreme Court in Caminetti v. United States, 242 US 470 (1917) that law enforcement and judicial officers are not to try to read beyond the language of a statute if its language is plainly stated.

"It is elementary that the meaning of a statute must, in the first instance, be sought in the language in which the act is framed, and if that is plain then the sole function of the courts is to enforce it according to its terms," said Justice William Day writing for the majority.

The Court further warned that "the duty of interpretation does not arise, and the rules which are to aid doubtful meanings need no discussion [if the statutory language is clear]."

There was no internal contradiction in the statute, but Comey read an added intent element into it anyways befuddling a questioning American public and a Republican-led Congress that was at its wits end to hear that the FBI Director had laid out every piece of the case in an unusually transparent way, but decided against prosecuting anyways.

Hillary’s congressional opposition astutely pointed to the fact that even if we should adopt Comey’s belief that criminal intent should be implied into the statute, that even if Hillary did not mean to mishandle classified information she certainly did intend to circumvent Freedom of Information Act laws and as such knew that her underlying actions were not lawful satisfying that requirement.

Clinton Deemed too "Unsophisticated" to Pursue Charges Against

© REUTERS / U.S. Department of Defense, Missile Defense Agency/Handout
How US THAAD Deployment in South Korea is ‘Shooting Mosquitoes With Cannon’

It was at this point that Comey exposed what this case was really about – Hillary was indeed a would-be defendant who was so criminally stupid, bordering on complete incompetence, that it just didn’t seem right to waste taxpayer dollars to whack her with an indictment. She was not the devious, plotting Lady MacBeth that the American people imagined, but rather the person who tells you to "shut the door because you are letting the wi-fi escape from the room" as a popular meme suggests.

The FBI Director said that while he initially approached the case believing that an attorney who had partaken in the Watergate investigation and who had served as both First Lady and a US Senator prior to taking office as Secretary of State should have a basic understanding of maintaining confidential information, but he proceeded to tell the American people that a "c" with brackets around it indicating that a file was classified was too high-level for Hillary Clinton to figure out.

He also explained at several junctures that Secretary Clinton is either “not as sophisticated as the American people would believe” or is "unsophisticated."

Too dumb to jail – there is certain brilliance to the way Hillary wiggled out of this latest scandal.