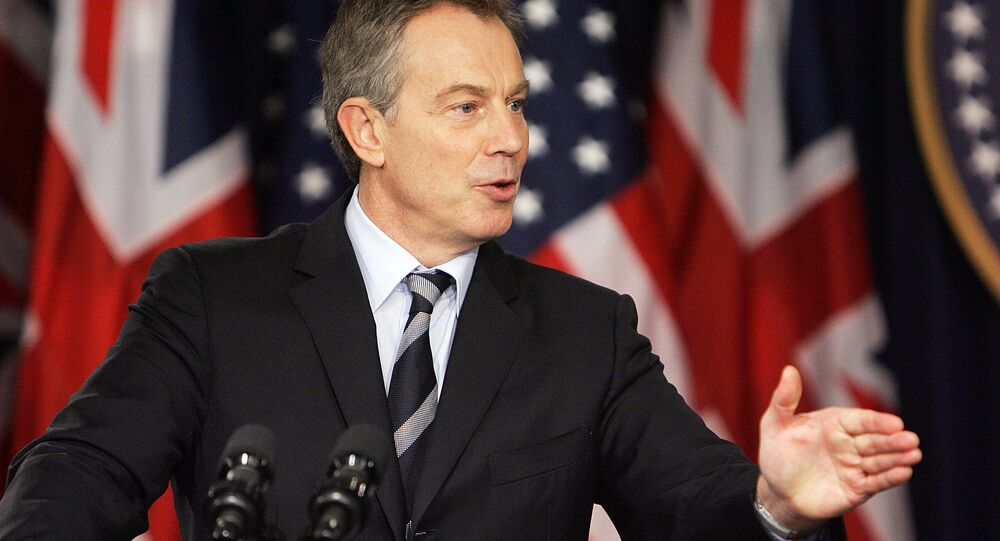 No matter the contents of the long-awaited Chilcot report, the destruction of Iraq and suffering of its people will follow Tony Blair and the others responsible for this crime to the grave.

Never has a war illustrated the moral turpitude of a ruling class more than the war unleashed by the US and Britain on Iraq in 2003. Such a transparent and egregious example of the projection of imperial power calls to mind Caesar's campaign to pacify Gaul between 58-51BC. As with the Gallic Wars, waged by the most famous of all Roman emperors and his legions against the tribes of ancient Gaul, Bush and Blair's war was waged against a country rich in natural resources located in a region of the world strategically vital for an imperialist power intent on hegemony.

Chilcot on the Iraq War arrives seven years late on Wednesday and?— https://t.co/B6ksFpXLUo

Yes, undoubtedly, Saddam Hussein was a dictator whose brutality was well known, including the use of chemical weapons against his own people — specifically against the Kurds of Halabja in 1988 during the closing days of the Iran-Iraq War.

But does anyone seriously believe that Saddam's record of brutality against Iraq's Kurds, Shiites, or anyone else who dared defy his writ was the motive behind the most devastating war ever waged by a rich first world country against a poor country since Vietnam?

Was It Worth It?

The immorality of the war on Iraq is only compounded by the fact it came after thirteen years of the most devastatingly punitive economic sanctions ever applied to a nation, responsible for the premature death of two million Iraqis — roughly half a million of them children under the age of five.

Madeline Albright, when asked during an interview if the death of so many Iraq children was a price worth paying for containing Saddam, replied that "we think the price is worth it." A more apt description was provided by US congressman David Bonior, when he described the sanctions responsible for the death of half a million Iraqi children as "infanticide masquerading as politics."

In the words of Joy Gordon, the sanctions destroyed "nearly all of Iraq's infrastructure, industrial capacity, agriculture, telecommunications, and critical public services."

By the time Bush decided to "finish the job" that was unfinished by his father — who had allowed Saddam to remain in power after the First Gulf War of 1991 succeeded in forcing Iraqi troops out of Kuwait — Iraq was a country whose military had been so degraded and denuded, it could offer only the pale imitation of resistance to the onslaught of the largest, most powerful and technologically advanced military the world had ever known.

Project For a New American Century

Using the terrorist attack committed by al-Qaeda against the United States on September 11, 2001, George W Bush and the coterie of neoconservative hawks that filled key positions within his administration, set about a strategy of projecting US military might in order to assert and solidify US economic, military, and geopolitical hegemony of the Middle East.

Underpinning the strategy was the neocon response to the previously mentioned demise of the Soviet Union in 1991.

Known as the Project for a New American Century (PNAC), it brought together a group of likeminded neoconservative ideologues, who, imbued with a sense of triumphalism over the West's historic victory over its Cold War enemy, were determined to take advantage by ensuring that US economic, political, and cultural values — embodied in free markets, deregulation, and the primacy of the dollar — would go on to become universal values. Indeed, for them the US was the world and the world was the US, synonymous with progress, civilization, and stability.

In other words, 9/11 came as the golden opportunity to spread 21st century "Western Enlightenment" values to "the other" courtesy of cruise missiles, F-16 fighter-bombers, Apache helicopter gunships, and tens of thousands of Kevlar-helmeted US soldiers.

"The geopolitical motive for the war was to entrench American power, and the neoliberal motive was to implant global capitalism in Iraq and its neighbors."

However, the neoconservative mindset was such that those objectives were embarked upon not as the forced imposition of foreign ideals onto a hostile population, but instead as ideals that were and are a "godsend to the world."

Put another way, we are talking about a messianic, god-given mission to reshape the world in America's image under the rubric of American exceptionalism.

Blair's role in this was as a willing lieutenant, determined to do his superior's bidding and thereby win his approval and, with it, esteem. In him, Britain had a prime minister with a Manichean worldview in which the Christian and democratic West had an obligation to confront and defeat evil and tyranny in service to humanitarianism; what Kipling famously described as "white man's burden."

The war in Iraq proved a seminal moment in history, the ramifications of which the Iraqi people, people across the region, and also throughout the West continue to suffer to this day.

Rather than liberate Iraq, the war and ensuing occupation destabilized the country, producing not peace and democracy but a brutal and ongoing sectarian conflict, societal collapse, and the death or displacement of millions of people.

Meanwhile, rather than face the consequences or be held to account for his role in the war and the disaster it has wrought, Tony Blair has gone on to amass the kind of fortune associated with Crassus, selling his services to all manner of unsavory regimes, corporations, and causes.

"A man without ethics is a wild beast loosed upon this world," Albert Camus warns us.

In 2003 Tony Blair was loosed upon the people of Iraq. His guilt — along with the guilt of a British Establishment that willingly followed his lead in attaching itself to Washington's coattails — is written in their suffering and the suffering of generations as yet unborn.