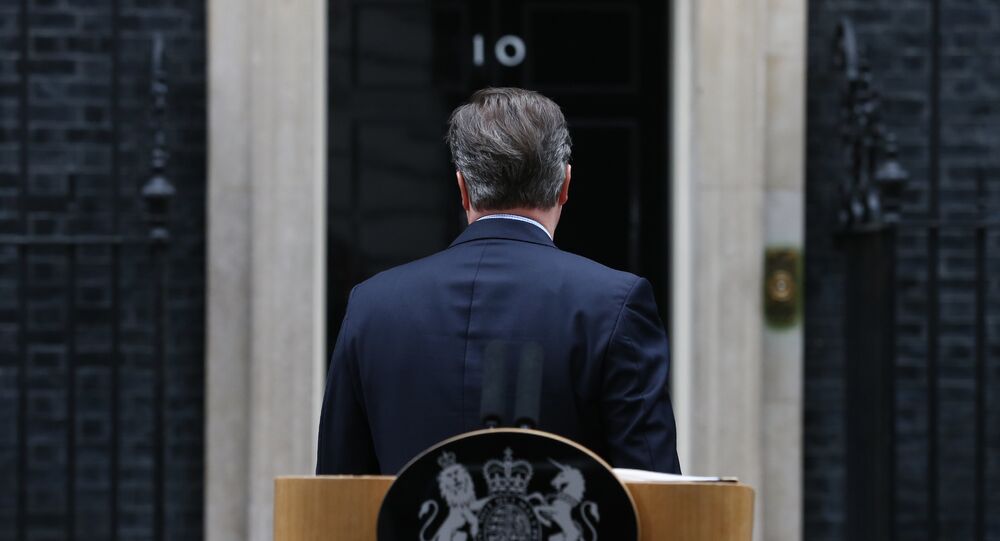 The vote to leave the EU has claimed its first victims: the pound, the FTSE and the Prime Minister. But if the pound and FTSE are expected to rebound after the initial shock, the country will definitely get a new PM. However, this may not be enough to heal the rift created by Leave's narrow win.

The media and the Conservatives may be busy figuring out who will replace David Cameron, but their premise that the matter will be decided at a party conference this autumn may be wrong.

Activists have called for a "Tories Out" protest by the PM's residence in Downing Street, London.

"The Leave vote in the EU referendum on 23rd June has thrown the Tory government into crisis. Cameron has gone. We reject his call for another Tory to replace him", says a post of Facebook.

A survey by Kantar's TNS has suggested that British voters want a General Election to be called once a new Conservative leader is in place.

The survey of 1,218 adults in the UK conducted between 21-23 June shows that 50% of the public would like the next Conservative leader (and Prime Minister) to call an early General Election, compared to 22% who do not feel it is necessary.

This is exactly what Lord Howell predicted when he told Sputnik before the referendum that for Brexit to happen at all, there would have to be legislative underpinnings of a new parliament, and that means a new general election.

Indeed, with 489 MPs out of 650 declaring their wish to Remain, the current working government majority of only 16 MPs may not be enough to push the Brexit legislation through. Since some EU law applies in the UK directly, the UK would need to legislate to replace it, Raoul Ruparel of Open Europe told Sputnik. But how earnestly the pro-Remain MPs would work to that end?

Two referendum maps produced by the BBC on the basis of official figures reveal a graphic disconnect between the elected and the electors.

Scotland appears to be the only nation of the United Kingdom where the elected reflect — and abide by — the wishes of the electorate. In the other three nations the picture is different. There is an obvious divide between the pro-Leave voters and their pro-Remain MPs in the North of England, the Midlands, Anglia and West Country. Wales and Cornwall came out stronger for Leave than the declared intentions of their MPs suggested. Northern Ireland, on the contrary, turned out to be more pro-EU than its elected officials.

Judging by the two maps, a new election may indeed be in order to align the British political class with its electorate.