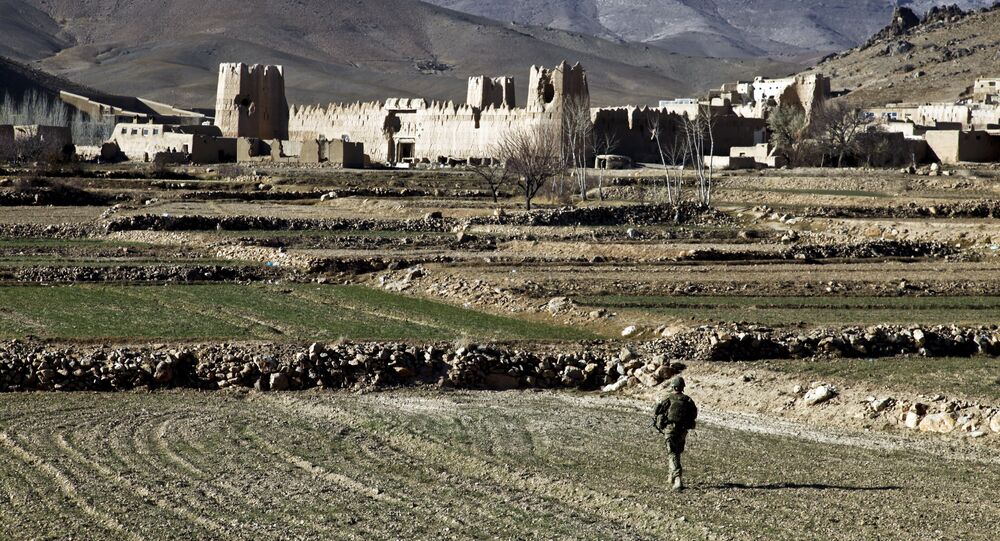 US President Barack Obama expanded the US military’s purview in Afghanistan in an effort to rescue Kabul from collapse and salvage the fight against the Taliban in a war with no end in sight, experts told Sputnik.

"The reason for the recent decision to escalate is obviously the political and military weakness of the US-supported Afghan government, which would not be able to survive on its own, combined with continued activity by Taliban and other insurgent forces, which show no sign of defeat," University of Arizona History Professor David Gibbs told Sputnik on Friday.

The most striking aspects of the war in Afghanistan, Gibbs noted, is the very protracted nature of the conflict and absence of any plausible termination point.

The White House’s new policy represents a significant augmentation of the US military commitment in Afghanistan, he added, which never really ceased and is now in its fifteenth year.

"The [Afghan] government has made its transition from [President Hamid] Karzai and survived the big NATO downsizing without losing control of most urban areas or major roads," O’Hanlon explained. "So, while the situation is very difficult, it’s far from hopeless."

In this context, O’Hanlon added, there is an especially good case for helping Kabul a bit more through this bridge or transition period.

O’Hanlon also noted that he co-authored an op-ed with General David Petraeus in the Wall Street Journal last month, advocating the kind of change that the White House announced this week.

© AFP 2021 / WAKIL KOHSAR
Expansion of US Authority in Afghanistan Won’t Prevent Troop Reduction
The Afghan air force, however, is still underdeveloped, O’Hanlon argued, largely because of the schedule the United States established, which was designed to build up the Afghan army and police forces first.

Earlier on Friday, White House spokesperson Josh Earnest said that the expanded authorities granted to the military by Obama will not affect the US plan to draw down troops to a level of 5,500 by the end of this year.

The Obama administration maintains that US troops in those countries serve local fighters in an advise-and-assist role, and are not involved in direct combat.