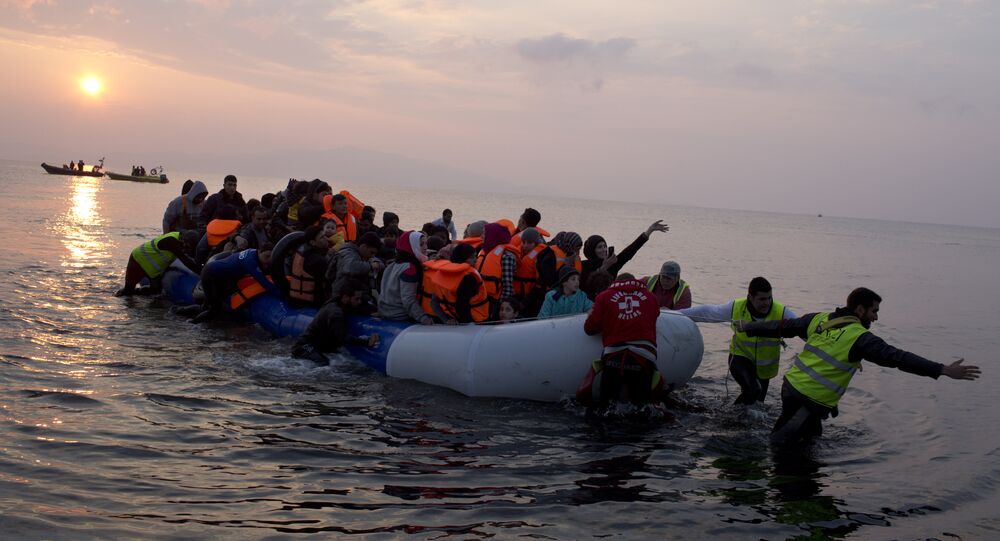 Possible termination of the migrant agreement between Ankara and Brussels amid Germany’s Armenian genocide recognition will leave the European Union paralyzed by the refugee problem, a member of the European Parliament Anders Vistisen told Sputnik.

MOSCOW (Sputnik) — The European Union is currently struggling to manage a massive refugee crisis, with hundreds of thousands of people leaving conflict-torn countries in the Middle East and North Africa to escape violence and poverty and seeking asylum in Europe.

"The EU-Commission will propose more of the same; resettlement and hot spots in Grecce and Italy. The eastern countries such as Poland, Hungary and the Czech Republic will refuse to be a part of a joint agreement. EU will again be paralyzed and we will not see any long term solutions," Vistisen said.

German Recognition of Armenian Genocide May Cause EU-Turkey Deal Breakdown

The Armenian Genocide is a very painful issue for Turkey and its recent recognition by the German parliament could lead to the termination of the EU-Turkey migration deal, member of the European Parliament Anders Vistisen told Sputnik.

“The whole Armenian issue is delicate for Turkey, so it could lead to a breakdown of the agreement with the EU,” Vistisen, who is a member of the Delegation to the EU-Turkey Joint EU Parliamentary Committee, said.

On June 2, the German parliament passed a near-unanimous resolution recognizing the 1915 massacre of Armenians by the Ottoman Empire during World War I as genocide. The move was met with widespread condemnation by Turkish officials.

In March, Brussels and Ankara agreed on a deal, under which Turkey vowed to take back all undocumented migrants who arrive in the European Union through its territory in exchange for Syrian refugees accommodated in Turkey, on a one-for-one basis. In return, the bloc pledged to accelerate the Turkish EU accession bid and introduce a visa-free regime between Turkey and the Schengen Area.

Turkey Expects Steps From 'Allies From EU' on Visa Liberalization