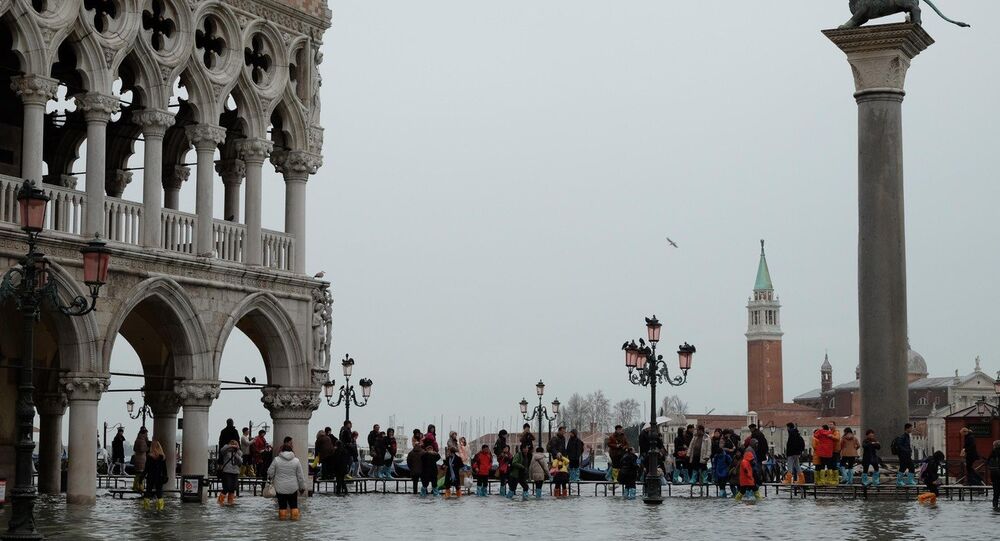 The resolution being voted on in the Italian Veneto Regional Council on the recognition of Crimea as part of Russia and on the abolition of the regime of sanctions against Moscow is likely to pass, the lawmaker of the local parliament, Stefano Valdegamberi, told Sputnik on Wednesday.

“I expect this resolution will be a success. It should be approved by the majority of members of regional parliament,” Valdegamberi, who is one of the authors of the motion, said.

© Sputnik / Sergei Malgavko
Venetians Aren't Blind: Veneto Regional Council Votes to Acknowledge Crimea's New Status
Explaining the move aimed at putting an end to sanctions against Russia imposed by the European Union in 2014 in reaction to Moscow’s alleged involvement in the armed conflict in Ukraine, the Italian lawmaker said sanctions proved to be harmful to Italy and Veneto region in particular.

"We try to break the silence about a situation that damages very important sector of our economy. I think that these sanctions don't help to solve any problem and they are going to be harmful to Europe economy, in first, to Veneto economy,” he admitted.

Earlier this month, Valdegamberi told Sputnik Italian that just in one year the Veneto region lost more than 600 million euro ($679.8 million) due to the decline in exports to Russia and was facing a collapse of the prices for dairy products and fruits as a result of the embargo, which Moscow announced in retaliation to the EU sanctions.

Last month, France's lower house of parliament supported a similar resolution calling to lift the sanctions imposed on Russia by a majority of votes. The vote was not legally binding.