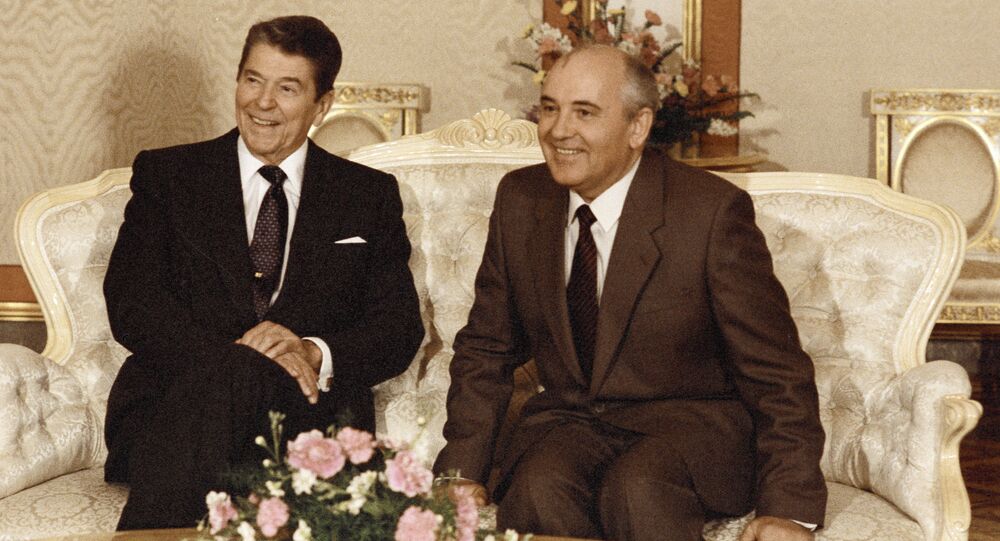 Russia's acceptance of Western political and economic norms after the collapse of the Soviet Union has not helped it to overcome contempt from Western elites, whose hatred of the USSR has been transferred to contemporary Russia, writes People's Daily affiliate Global Times.

Most recently, the Chinese newspaper suggests, the Western mainstream media's attacks have been focused on President Putin's creation of a National Guard, with speculation that the unit's formation portends serious domestic challenges for the president, including economic difficulties and political instability.

Moreover, Global Times notes, despite the fact that Putin's approval rating hovers at over 80%, the West continues to demonize him, trying to equate him to Saddam Hussein and Muammar Gaddafi, with "Western elites seeming to want to get rid of him" just as badly.

"The Soviet Union disintegrated long ago, and Russia has accepted the Western political system, yet Russia's image in the West is still very poor, its hatred of the Soviet Union of the days of old transferring almost intact to Russia."

© Sputnik / Ramil Sitdikov
All for One: How Russia, China, India Will Solve South China Sea Dispute
And it's not Russia's 'incomplete democratic transition', the paper notes, which gives cause for the criticism. After all, if Russia's democracy is 'incomplete', other countries of the former Soviet Union, from Azerbaijan to Kazakhstan to Turkmenistan, "are nascent authoritarian regimes," and yet in the West they are treated in a welcoming and tolerant way. Only Russia is referred to as an 'authoritarian empire.'

Russia inherited the hatred of Western elites despite attempts to integrate into the Western world after the Soviet collapse. The Soviet leadership, the paper recalls, paid a very high social price for its attempts to end the geopolitical conflict with the West, with the Communist Party letting go of Eastern Europe and the Baltic states, then giving up its monopoly on power, and then seeing the entire country collapse.

The "fundamental reason" for the continued antagonism, Global Times suggests, lies in the fact that Russia today remains a great power, with vast territory stretching nine time zones and a population of over 140 million. Most importantly, inheriting the Soviet Union's nuclear weaponry, it is "the only country capable of destroying America in 10 minutes."

© Sputnik / Sergei Guneev
'We Need Russia': US Will Lose Its Imperial Status if It Won't Cooperate
It is this military force, the paper says, which gives cause for concern to US and European elites. "This is why they cannot appreciate Russia as they do the other 'fragments' of the USSR, and why they do not want to help it integrate into the existing Western-dominated world."

"Since the time of Peter the Great, Russia has sought to become part of the Western world, but it did not succeed." Today, Putin's tough policy can be seen as a response to the failed attempts of his predecessor, Boris Yeltsin, to join the Western-dominated world order.

"The Western system is not as open as many think. Center of interest is a relatively solid circle, and it is very difficult for new external power centers to integrate into it," the newspaper notes. Japan, for example, was not been able to do so, in the paper's view, and became only a Western dependent under US military occupation.

Ultimately, Global Times suggests, the path taken by Moscow in the late 1980s and 1990s was a "tragic example" of a great power attempting to integrate into the West, only to face rejection and forced to go its own way, facing Western economic and political pressures along the route.

© AP Photo / Mindaugas Kulbis
Why Didn't Washington Dissolve NATO After Collapse of USSR?
"Great powers are always faced with geopolitical competition. Being a great power outside the Western system is very difficult…And any non-Western country which begins its ascent must be prepared for a 'baptism by fire' of numerous tests."

"China has grown into the world's second-largest economy, and cannot hope for eternal success. On the contrary, there is a high probability that it will become the object toward which the West directs its gaze," seeking to eliminate the new threat to its world order. "We need to be prepared for this mentally," the paper concludes.

Western Media’s Delusions of Russian Collapse ‘At Odds With Reality’

'We Need Russia': US Will Lose Its Imperial Status if It Won't Cooperate