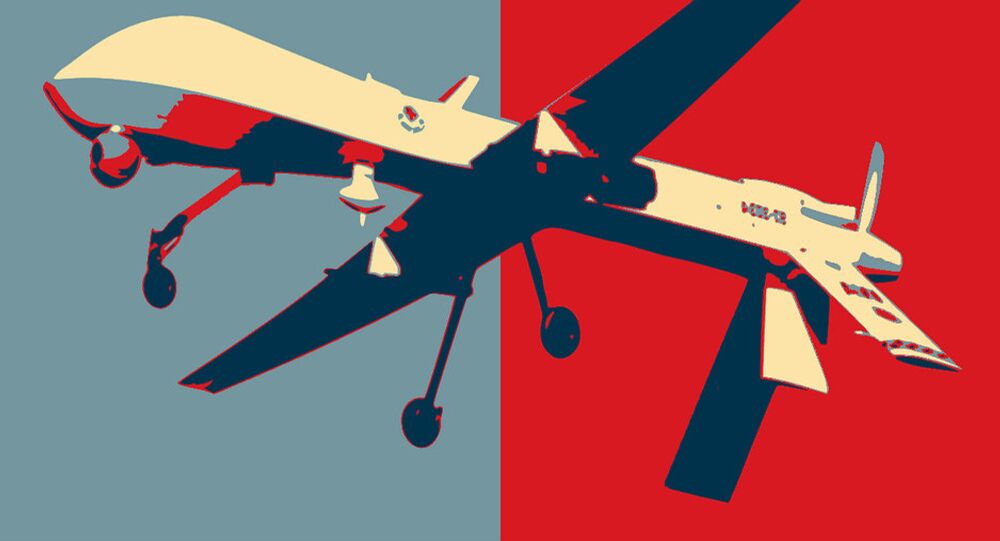 With promises to keep Americans out of a state of never-ending war, President Obama and his fleet of unmanned drones have expanded conflict to nearly every region of the world.

Barack Obama campaigned on a promise to scale back US military engagement in the Middle East and to keep America’s soldiers from getting bogged down in never-ending regional civil wars. President Obama has kept park of that campaign promise, with America’s troop presence abroad reduced. But US military engagement, as a whole, has increased significantly, through the use of unmanned drones and the deployment of troops in combat and security situations in more countries than in 2009.

Obama’s White House ended the previous administration’s Operation Iraqi Freedom and Operation Enduring Freedom — combat missions in Iraq and Afghanistan that continued to fester following George W. Bush’s attempts at regime change in Baghdad and the bombing of mountains into submission around Kabul. Today, despite recent reports that the Defense Department has understated the US troop presence in Iraq, troop levels in each country are down.

Nonetheless, Obama followed up his acceptance of the Nobel Peace Prize by expanding US military actions to nearly every country in the Middle East and North Africa, while reviving a Cold War posture toward Russia and China.

For instance, during the so-called Arab Spring, the US undertook a military campaign against Libyan dictator Muammar al-Qaddafi, leading to the leader being deposed and killed in the streets. The ousting of Qaddafi turned the once thriving country into a hotbed for Daesh extremists and today Libya is largely considered a failed state.

Under Obama, the US has expanded drone wars in Pakistan, Somalia, Yemen, Afghanistan, Libya and Syria with limited results and many civilian deaths.

Reports by the Bureau of Investigative Journalism suggest that the majority of US drone strikes result in civilian casualties, but under Obama these casualties have been defined away by invoking a macabre redefining of the “kill box” – anybody within a certain proximity to targeted victim is deemed a combatant.

The US today now finds itself performing aggressive joint military exercises with the South Koreans, seen as dress rehearsals for a full-scale invasion of North Korea — a nuclear capable country. American and NATO forces are posted along the Russian border in Norway to prepare for potential offensive actions against Moscow justified by the fantasy of Russian military aggression in Europe. US forces are now fighting in not only Iraq and Afghanistan, but also in Syria, Libya, and Yemen.

© Sputnik / Igor Zarembo
Obama: World Must Do More to Stop Flow of Terrorists

The paradox of the Obama Administration is how a president who campaigned on getting us out of war in Iraq and Afghanistan has now committed the US to the escalation of several recent wars.

Obama is no dove, and the world is no safer. With unmanned drone use increasing overseas, perpetual war has never been rebranded so effectively.

Doomed? For the First Time in Human History, Old Will Outnumber Young