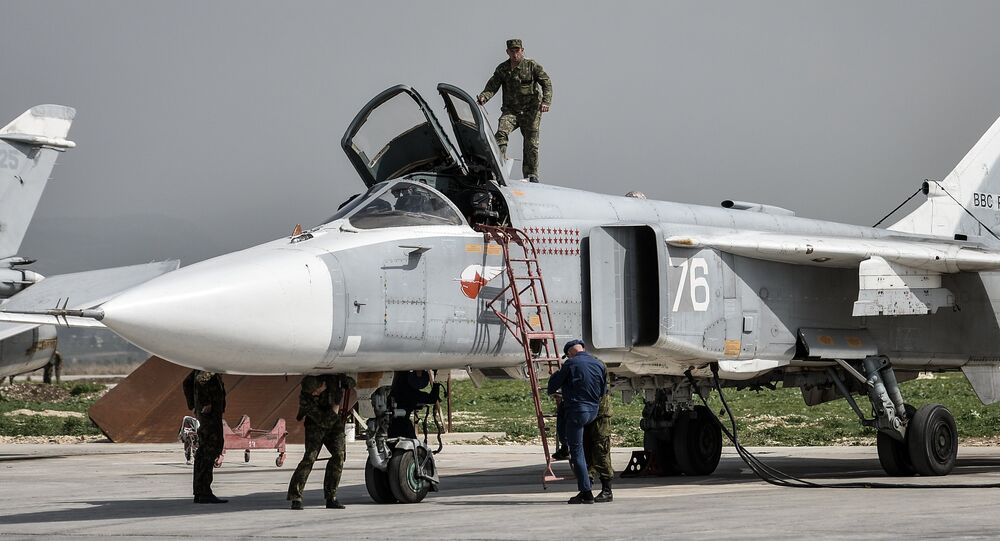 In Syria, Russia Succeeded Because It Was 'Trying to Help, and Not Impose'

Because Russia was trying to help Syria in a limited time frame, it was successful, unlike the United States in Iraq, which along with military operations attempted to change civil administrations of countries.

"Once again, Russia is following up and following international law, trying to help, and not impose," Shakdam told Radio Sputnik.

© Sputnik / Ramil Sitdikov
Russian Aviation in Syria Not Just Military Tasked, But Peace Tasked
To Shakdam, it would be surprising if Russia refused to help Syria if problems occurred again, and the Syrian military would be unable to handle them.

Shakdam added that the move was unexpected because most people thought that Russia would follow the United States' strategy of staying for a long time in Iraq instead of a limited-time deployment.

Shakdam also said that the Daesh terrorist group was impeded significantly enough for a withdrawal to be reasonable, as Syrian troops have now shown themselves capable of fighting the group.