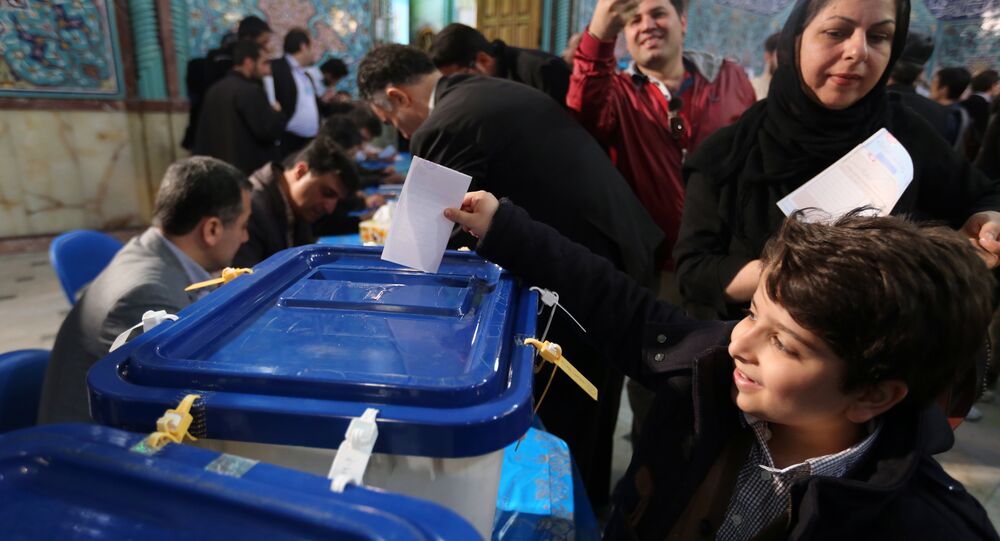 The first hours of Friday's general elections to the Iranian parliament and parallel elections to Iran's Assembly of Experts, the clerical body that appoints the country's supreme leader, saw a high voter turnout with no violations registered so far, local officials told Sputnik.

TEHRAN (Sputnik) — According to the official, the turnout is higher than during the beginning of the day in previous elections.

“Security at the elections is being provided to a good level. No violations have been registered so far,” an Iranian official responsible for security at one of the polling stations told Sputnik.

“At the moment, some 50-60 violations have been recorded, but none of them are serious… We will publish a full report on the violations [during the elections] later in the day,” spokesman for Iran's judiciary Gholam-Hossein Mohseni told reporters.

© Photo : Wikipedia /Bernd.Brincken
Two New Nuclear Plants 'an Indication of Growing Trust Between Russia, Iran' – Iranian Observer
Chairman of the Electoral Commission Mohammad Hussein Muqimi, told reporters that the voter turnout was at a good level, even in sparsely populated regions, with no registered violations.

Around 55 million people are eligible to vote in the elections.

Some 4,850 candidates have registered to participate in the parliamentary election in Iran, according to the Iranian Central Election Commission. The new parliament will consist of 290 members, who will elected for four-year terms.

The Guardian Council of the Constitution allowed 159 candidates to run in the Assembly of Experts' election. Only 88 of them will be elected for an eight-year term.

Two of Iran's major political forces — the hardliners already in power and moderate reformists — are competing to shape the political future of the Islamic republic.

During Iran’s previous parliamentary elections in 2012, a total of 5,405 candidates were registered and over 3,300 of them were admitted to the actual elections. Only nine of those elected into the parliament were women.