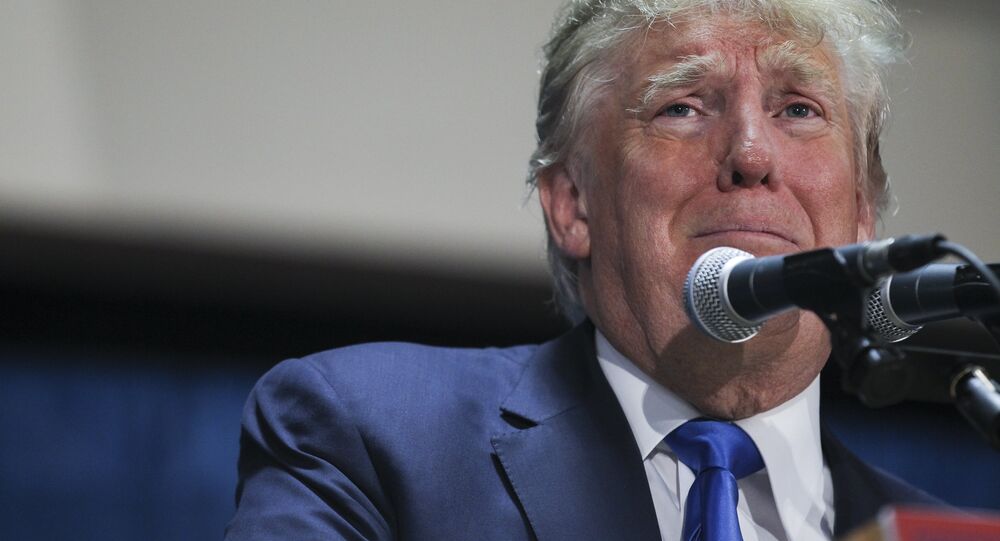 A Love Story: Donald Trump Fears Obama, Mexico to Steal His Holiness Away?

Donald Trump derides Pope as disgraceful, manipulated, pawn of Obama and Mexico, promises to always protect His Holiness and declares before a world audience "I Love This Pope."

On Wednesday afternoon, Republican Presidential frontrunner Donald Trump made time during his campaigning ahead of the South Carolina primary to expose some deeply held emotions about Pope Francis. In statements to the press, Donald Trump vowed to protect His Holiness from Daesh (ISIS/ISIL/Islamic State), but kept his harshest words for those sweet talkers Obama and the Mexican government, a leader and a government that only Trump is "totally wise to." Trump also warned, in a moment of poetic justice, that "they are using you as a pawn and they should be ashamed of themselves."

In romantic fright The Donald claimed that, "I can promise you would have only wished and prayed that I would have been President because none of this would have happened. Daesh would have been eradicated unlike [what those other guys say]." Before marching out the door in a Telemundo soap opera moment, Trump postulated that, without him, Daesh would make the Vatican their trophy.

Trump called the religious leader’s questioning of the reality television show producer’s undying faith and devotion "disgraceful" and declared that he has "no right to question" his religious commitment. In apparent despair, Trump stated to the Pope, in an open letter no less, that "you only heard one side of the story – you didn’t see the crime, the drug trafficking and the negative economic impact the current policies have on the United States.".

"You just don’t understand," expostulated the scion of wealthy parents, and, in one last desperate advance, he claimed that the "Mexican leadership is outsmarting President Obama."

The star-crossed story of unrequited love, occurring live in social and traditional media outlets, as well as the collective imagination of romantics everywhere, will never be fulfilled. Trump stated, "the people would have only wished and prayed" for Trump to be president, champion, and hero, in an apparent acknowledgment that he is aware it will never happen.

Pope Francis remarked on Trump’s nasty views on immigration, "I say only that this man is not a Christian if he said things like that." The Pope stated that he would not get involved in a debate on whether Trump could be loved by American voters. His Holiness noted that the two have irreconcilable differences, "A person who thinks only about building walls, wherever they may be, and not building bridges, is not devoted."

After having his romantic gestures rebuffed by Pope Francis, Trump cried to the news media: "But, I love the Pope."

It remains to be seen if the failed bromance will end in threats of frivolous litigation similar to the most recent public shoutfest with Ted Cruz. One aspect is certain, CNN will be waiting with live updates on this important story.​