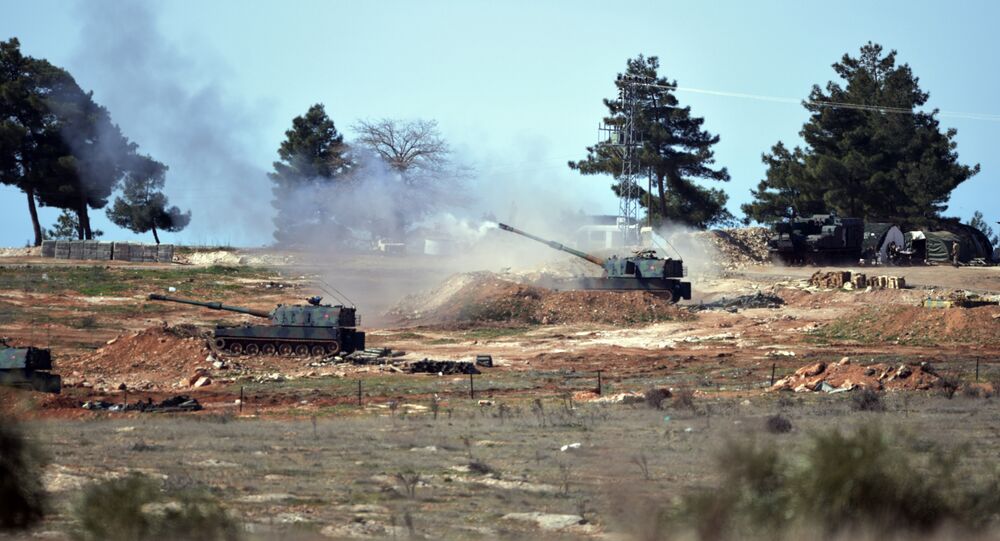 Top US military planners are probably happy to see Russia aid the Syrian Kurds against Daesh and are content to play off Turks and Kurds against each other, US analysts told Sputnik.

WASHINGTON (Sputnik) — Syrian President Bashar Assad and Russian President Vladimir Putin are working hard to try and stabilize Syria, but outside powers are still adding to the chaos by rushing in more forces, Lazare cautioned.

“There is no question that Turkey sees the Kurds as their enemy much more than they see Daesh as their enemy; this is open and has been for some time,” policy director of think tank Just Foreign Policy Robert Naiman told Sputnik. “Obviously, the United States has a different view.”

Naiman argued that Russia is taking advantage of the split between the United States and Turkey to support the Syrian Kurds.

However, “Nobody in the Pentagon is crying when they see the Russians help the Syrian Kurds defeat Turkey's proxies in Syria. If they were not politically constrained, the Pentagon would probably have done the same thing themselves.”

Naiman pointed out that the determination of the Turks to use their artillery to bombard Kurdish forces across the border in Syria did not mean the Turkish government was ignoring the United States, but it meant they were determined to follow their own policy towards the Kurds while dealing with Washington.

The US government could still handle the contradictions of being allied to both Turkey and the Kurds while they fought each other, Naiman said.

Washington policymakers could take advantage of fighting between their allies as an excuse for not getting more deeply involved, Naiman suggested.

“If it looks like the situation is a big complicated mess, so nobody can blame the United States for not escalating militarily, that's not necessarily too terrible for the US government.”

The top military objective for the United States in northern Syria is to seal the Turkey-Syria border against Daesh and the Nusra Front, Naiman argued.

However, US author and Middle East affairs expert Dan Lazare told Sputnik the latest flare-up between Turkey and the Kurds reflected the chaotic anarchy into which much of Syria had fallen.

“Thanks largely to the United States and the Gulf states, Syria is now a black hole where a viable nation state used to be,” Lazare noted. ‘The result is chaos as a multitude of forces take the field.”