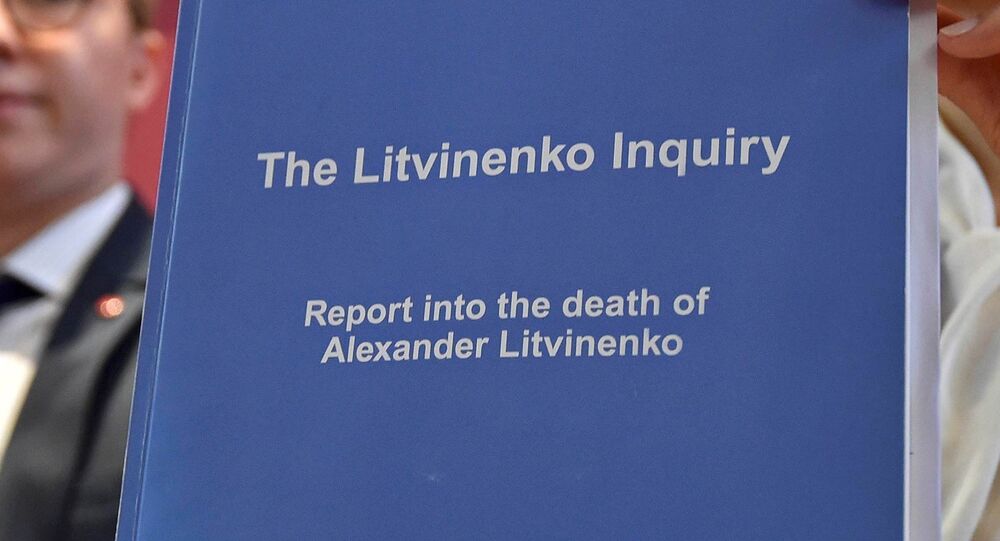 The report of Sir Robert Owen QC into the death of Alexander Litvinenko apparently told us for sure that President Putin and the Russian state ordered the killing of the ex-FSB operative.

What the report said was "probable" or "possible" or "could" have happened, was interpreted as being "certain."

21st January 2016- an important day for the English language. When the word ‘probably’ was redefined as ‘certainly’ #Litvinenko

Foreign Office Minister David Widdington summoned Russian Ambassador Alexander Yakovenko to tell him that Russia had shown "a flagrant disregard for UK law, international law and standards of conduct, and the safety of UK citizens." The Blairite former Labour Shadow Minister Mary Creagh, called for the UK to take action at the level of the UN Security Council.

Former Conservative Shadow Home Secretary David Davis raged: "I think we need to take financial action against Mr Patrushev and Mr Putin. You eventually get to the point with a dictator when you have to draw a line. It is a lesson we learnt in the 30s with Hitler."

And all this because of a report into a mysterious death which took place almost ten years ago said "probably" and "possibly" and "could" a lot of times!

What we're witnessing is the phenomenon whereby "official enemies" are held guilty of "crimes" even though evidentially, the "crimes" have not been proven. It's a replay of MH17 and "Putin's Missile."

Almost as soon as the news broke of the plane tragedy in July 2014, and before anyone really had any idea what had happened, the Russophobes in the West knew exactly who was responsible. Putin! Anyone who said, "Hold on for a minute. Let's wait for the black box, analysis of the wreckage and other evidence before we start making accusations" was attacked as a "Kremlin stooge." Evidence? Who needs it when Putin and them Russkies are involved!

The same newspaper which came up with the "Putin's Missile" headline the day after the MH17 tragedy was, surprise, surprise, equally sure about who was responsible for the death of Litvinenko. "Alexander Litvinenko 'was murdered because he accused Putin of being a paedo'," The Sun declared in its headline.

It reported: "Alexander Litvinenko's murder was ordered by Moscow just weeks after he said Vladimir Putin was a paedophile, a public inquiry found yesterday." The same publication, it's worth remembering, also told us "Brits 45 mins from doom" in 2002, in relation to Iraq's non-existent WMDs.

There's lots of other examples of how — if you're an "officially enemy" — the presumption of innocence is reversed. Take the Ghouta chemical weapons attack.

Right from the first moments when we first heard of this terrible incident, it was reported as a fact that the "evil" Assad did it. Despite the official narrative unraveling at a rate of knots — Ghouta is still pinned on Assad, as if it was all 100% proven.

I've lost count of the number of articles I've read stating that "Assad gassed his own people." At the very least we should get an "allegedly" in there somewhere, but where an official enemy is concerned its always a case of guilty as charged.

However, when western allies are accused of committing crimes, totally different standards apply. Then it is a case of innocent until proven guilty beyond all reasonable doubt.

If you say, for example that you think the Palestinian leader Yasser Arafat was poisoned by Israel — or even that it was "probable" or just "possible", then you're likely to be denounced as a wild-eyed "conspiracy theorist." Likewise, if you so much as hint that there might possibly have been some British secret service involvement in the death of Dr David Kelly. Or draw attention to the number of suspicious sudden deaths around the Hague Tribunal. But say that Putin "definitely" had Litvinenko poisoned, and you'll be hailed as a "respected" and "serious" commentator.

It only has to be "possible" for an official enemy to have done something bad, let alone "probable", for it to be reported as a 100% fact — without any comeback. But even if the evidence is quite strong that a western country or one of its allies has done something wrong — it's a case of "he's/she a conspiracy theorist!" The evidence, and the strength of it, has very little to do with it — it's all about politics.

The same double standards apply when an Establishment figure is accused of crimes. Establishment-friendly commentators who define "probably" and "possibly" as "certainly" in regard to the death of Litvinenko say that we don't know for sure if the late Lord Janner, accused of multiple child sex abuse crimes, but who never stood trial, was guilty. "I don't know if he was innocent or guilty and neither do you'"is the common, rather condescending refrain when these people are challenged by concerned members of the public on Twitter.

When a member of the Establishment is accused of something awful, we've always got to bear in mind the possibility that they're innocent (despite the large number of victim's coming forward) and that the accused is the victim of a "witch hunt." We must also think of how their families must feel. But if it's Putin or Assad, or any other person the western elites don't approve of — then all this strict legalism and respect for "due process" goes out of the window.

What we need to insist on is consistency across the board. The biggest "conspiracy theory" of the past fifteen years — and certainly the one that did the most damage — was the one that held that Iraq had WMDs. It was a conspiracy theory which led to the death of up to 1 million Iraqis and which plunged the Middle East into chaos. And it was a conspiracy theory, by and large, promoted by the same group of Establishment-friendly commentators and politicians who now tell us that its absolutely certain that Putin approved the killing of Litvenko. That alone should make us skeptical.

Once again, views, opinions and theories are being presented as hard facts. Whether we're talking about Putin, Assad, Arafat, MH17, David Kelly or Lord Janner, we need to stay forensic and not let those with a political agenda rewrite the English language. The words "possibly" and "probably" don't mean "certainly" and we must challenge anyone who tells us that they do.