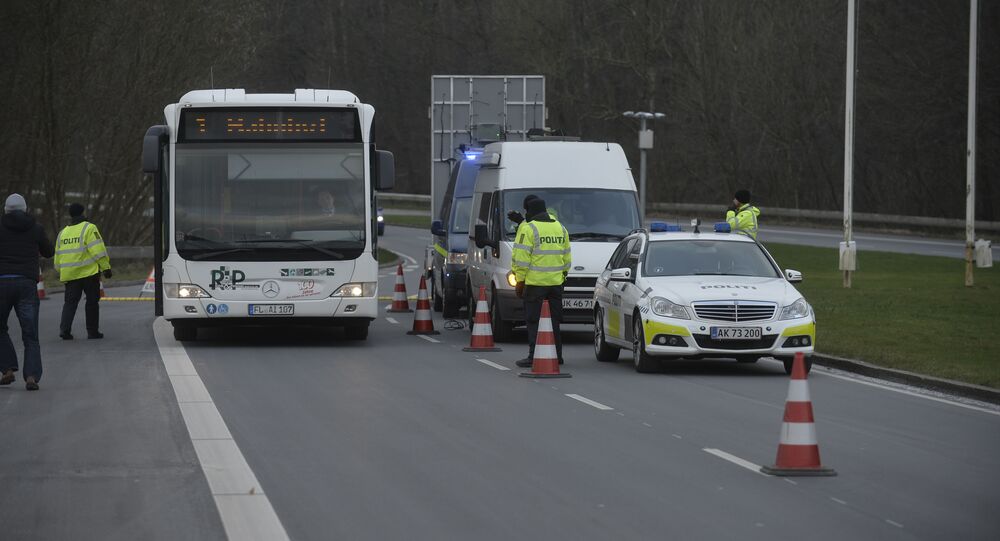 A new Danish bill allowing for the seizure of refugees' valuables reflects strategies many EU states have adopted to enhance restrictions on migration and deter refugees from seeking asylum, the executive director of the Danish Institute for Human Rights told Sputnik.

© REUTERS / Alkis Konstantinidis
EU's Shared Responsibility Important to Tackle Migrant Crisis - Swedish PM
GENEVA (Sputnik), Svetlana Alexandrova – Later in the day, Denmark is expected to vote on a law authorizing the seizure of asylum seekers' valuables if they exceed 10,000 Danish kroner ($1,450 at the current exchange rate) in value; the proceeds from the sale of the items will be used to help contribute toward refugee accommodation costs.

"EU states began a competition on making restrictions tougher and tougher in order to deter asylum seekers from seeking shelter in their country," Jonas Christoffersen said.

He added that that Denmark's measures "fit into the frame" of this new EU strategy.

"Denmark has been tightening its legislation, Sweden has proposed a number of changes and Norway has recently proposed 40 different restrictions — some of these restrictions are even tougher than the ones in Denmark," Christoffersen said.

Earlier in January, the Council of Europe's human rights commissioner said the proposed amendments to Denmark's immigration policy were likely to violate international legal standards, while the UN High Commissioner for Refugees labeled Denmark's plans to toughen its immigration policies a "deeply concerning" response to the ongoing humanitarian crisis in Europe.

On Monday, a Norwegian party made a similar proposal, calling for the confiscation of asylum seekers' valuables that exceed 10,000 Norwegian kroner ($1,140).