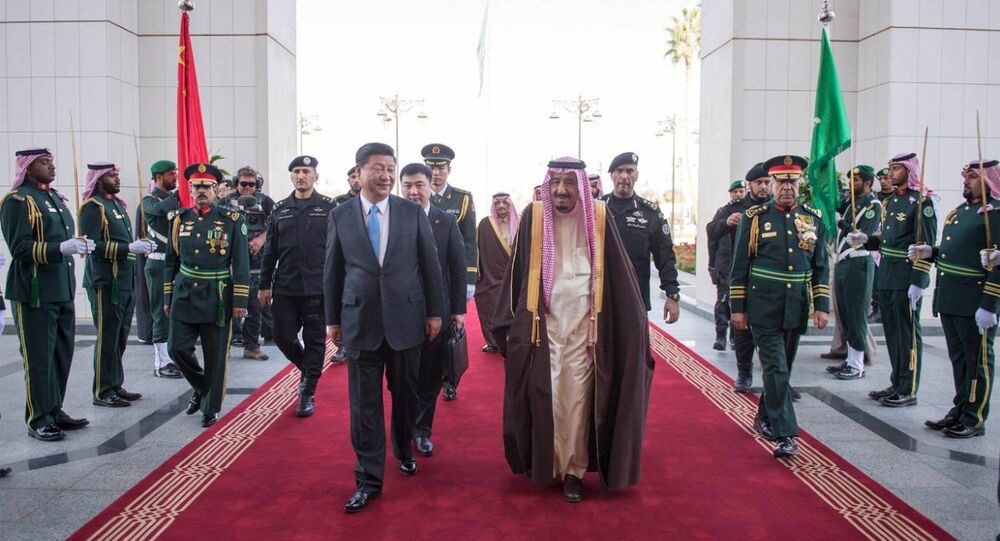 The establishment of a trade zone between China and the Cooperation Council for the Arab States of the Gulf (GCC) would be beneficial to both sides, experts told Sputnik on Thursday.

According to a research officer at the London School of Economics and Political Science Kuwait Programme, Courtney Freer, the negotiations, first launched in July 2004 and suspended in 2009, now have real chances of yielding results.

"I think, considering the political will, it is more likely now than has been before that such a China-GCC free trade agreement will go through," Freer told Sputnik.

© Sputnik / Igor Russak
Russia Ready to Discuss Creation of Free Trade Zone Between EEU, Hong Kong
She added that for China, such a deal would give access to inexpensive fuel and a market for value added goods — "a win-win except for state-owned petrochemical companies that may demand market shares."

"For the Gulf, the FTA will provide concrete channels through which to advance international trade in oil/gas, as well as petrochemicals — something all the more important as oil prices decrease and so trade becomes a higher priority," the expert stressed.

Freer noted that the Chinese market was vital for Gulf energy exports since the United States has become largely self-sufficient since the advent of shale oil, while China's energy demands have only grown.

"BP has forecast that China will consume 18 million barrels per day by 2035, compared to 17 barrels predicted for the United States in that year, so it makes sense that the GCC would pursue the Chinese ahead of the American market," she pointed out.

A senior resident scholar in the Arab Gulf States Institute in Washington, Karen Young, agrees that the ties between China and the Gulf states are mutually important.

"China’s economic presence in the Gulf has been accelerating for a few years now. There is a visible Chinese expatriate community in Dubai, for example, numbering over 300,000 people. More and more, as I have argued elsewhere, the Gulf has had its own 'pivot to Asia.' Gulf oil exports are largely focused on Asian markets," she said.

Young added that while China was not positioned to take on the security role that the United States had played in the Gulf, it was certainly making a strong play to compete on infrastructure finance, construction, and other economic areas.

However, the expert pointed out that given the GCC’s track record in implementing economic cooperation accords, she would not expect a free trade zone to come into effect during 2016.