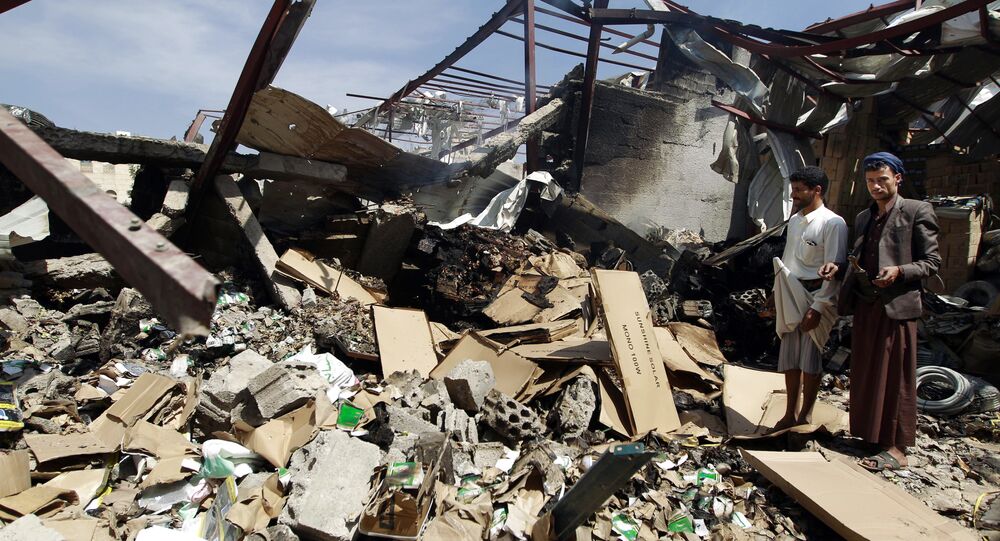 In some areas of Yemen people consider hospitals more dangerous than residential houses due to attacks on Medecins Sans Frontieres (MSF, or Doctors Without Borders) medical facilities in the country in recent months, an MSF spokeswoman told Sputnik.

MOSCOW (Sputnik) — On Sunday, a bomb killed several health workers at a medical center in Yemen’s Razeh district in the northern Saada province. The center was supported by the MSF, who said this was the third time one of its facilities had been attacked in the past three months, attributing the previous two attacks to the Saudi-led coalition aircraft.

"It depends on the area of Yemen, but in some of the areas of Yemen they consider the hospitals a dangerous place because they…believe that the hospital is more targeted than a normal house," Teresa Sancristobal, the spokeswoman for the MSF emergency desk in Barcelona, said.

© AP Photo / Hani Mohammed
Airstrike by Saudi-led Coalition Destroys Hospital in Yemen
According to Sancristobal, there are people in Yemen who "will not search for medical care on time unless it is very very necessary."

Yemen has been engulfed in a military conflict between government forces and the Houthi opposition faction for over a year. Since March, a Saudi-led coalition has been carrying out airstrikes against Houthi positions at the request of Yemen’s President Abd Rabbuh Mansur Hadi.