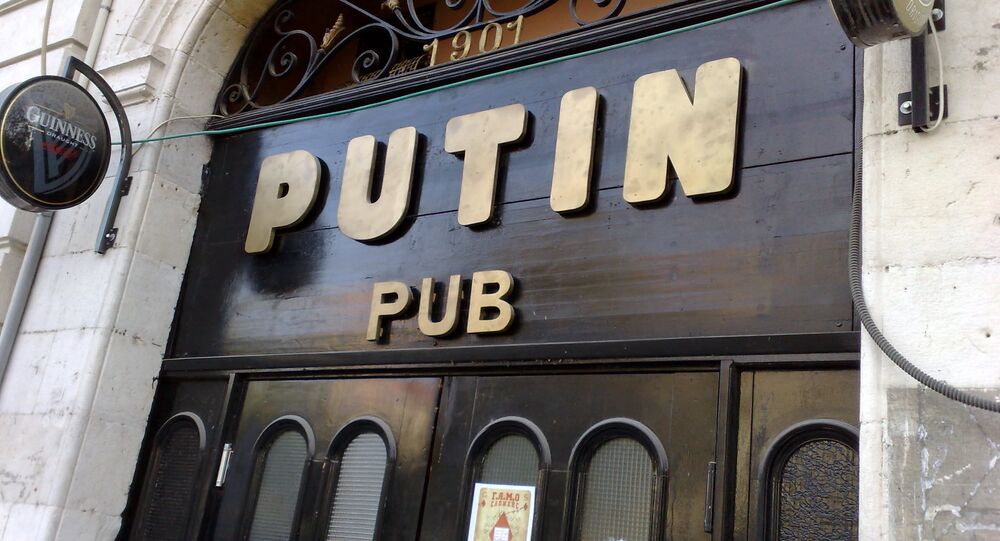 Putin’s Multitudinous Fan Club: Why is It So Annoying to Western Analysts?

The vast efforts channeled into downgrading the role of President Putin in modern geopolitics seem to be in vain, as the Russian leader is still much admired by many high-profile politicians all over the world. Many American political scientists have attempted to understand who is in Putin’s fan club and why they are so devoted.

© Sputnik / Sergey Guneev
Russian President Putin Has ‘Enormous Potential’ – Bill Clinton
An expert in Russian politics and a professor of political science at Emory University, Thomas F. Remington, has also attempted to examine what it is exactly that many politicians admire in President Putin.

“In truth, Putin does have many skills as a political leader,” he grudgingly admits in his article for The Foreign Policy magazine.

“He is extremely well informed on a wide range of subjects (indeed, he would put many American candidates to shame) and he is capable of explaining difficult issues to the public in a simple and persuasive way.”

“He has a quick, acid wit, and immense self-discipline. He is a skillful tactician, maintaining ties with the multiple factions competing for power and wealth (as they say in Russia, “the Kremlin has many towers”) and keeping opponents off balance with unexpected initiatives.”

© Flickr / LenDog64
Malians Start Petition Asking Putin to ‘Save Their Country From Crisis’
Admitting all the above, the expert however does not give up his attempt to analyze President Putin’s admirers and seems to be highly annoyed with his findings.

“Trump is not alone,” he admits. “Trump’s views echo those of a number of other political figures in the United States. In 2013, former Republican presidential candidate Pat Buchanan asked on his blog, “Is Putin One of Us?” Putin has a point, he wrote, when he asserts that the “’destruction of traditional values’” has been “imposed undemocratically.” Putin, he wrote, “may be seeing the future with more clarity than Americans still caught up in a Cold War paradigm.”

© Sputnik / Alexei Druzhinin
Vladimir Putin Voted Jerusalem Post’s Person of the Year
Remington then adds that the Russian leader “also has many admirers on the right in Europe.”

They are, among others, Hungary’s prime minister, Viktor Orban, Nigel Farage, leader of Britain’s UKIP party, French National Front Leader Marine Le Pen, Geert Wilders of the Dutch Freedom Party, and other leaders of European far-right parties who have condemned the European Union and the United States for “encircling” Russia.

Clearly failing to understand “what’s in this [support] for Putin?” the author nevertheless claims that “Russia’s efforts to cultivate support among Europe’s anti-EU fringe movements are not part of an effort to propagate a “Putinist” ideology, but rather are aimed at weakening and dividing the European Union.”

Vladimir Putin is 'Person of the Year' – French Media