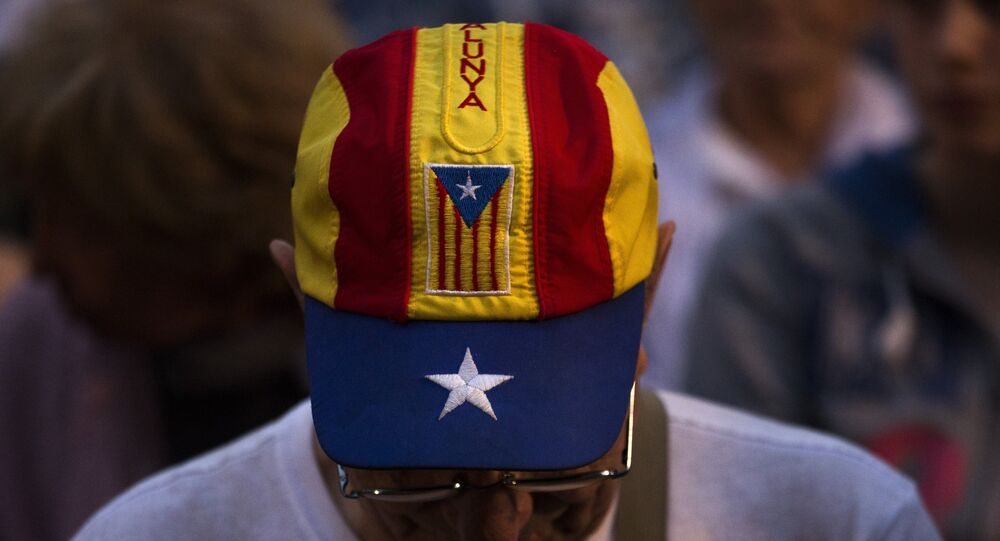 The next Spanish government could be formed by left-wing parties if they enter into a coalition with Catalan and Basque nationalist forces, experts told Sputnik on Monday.

According to Xavier Giro, a professor of political journalism at the Autonomous University of Barcelona, Sunday's elections brought in a new political era in Spain, with "a totally fragmented" parliament and a government formed by at least two parties or even more.

"If we sum up the votes obtained by the leftist parties and the nationalist minorities, they have an absolute majority. The nationalists are the key to a leftist government," the expert told Sputnik.

He added that Basque and Catalan nationalist forces could support Podemos, which has pledged to hold referendum on Catalan independence demanded by local secessionist forces. At the same time, an alliance with PSOE could be difficult, since they oppose any steps towards Catalan independence.

Victor Sampedro, a professor of Public Opinion and Communication Policy at King Juan Carlos University in Madrid, agrees that the leftist parties could try to form a government with the support of nationalist forces, but "it will be difficult".

"A pact with nationalist parties could create an internal problem for the PSOE, especially in the regions opposed to a Catalan referendum," he told Sputnik.

At the same time, Sampedro does not rule out the possibility of a coalition between PP and PSOE, similar to that seen in Germany.

The expert believes that bipartisanship is a possible way to avoid a new election for the political forces that have gotten used to a de-facto two-party political system in the country.