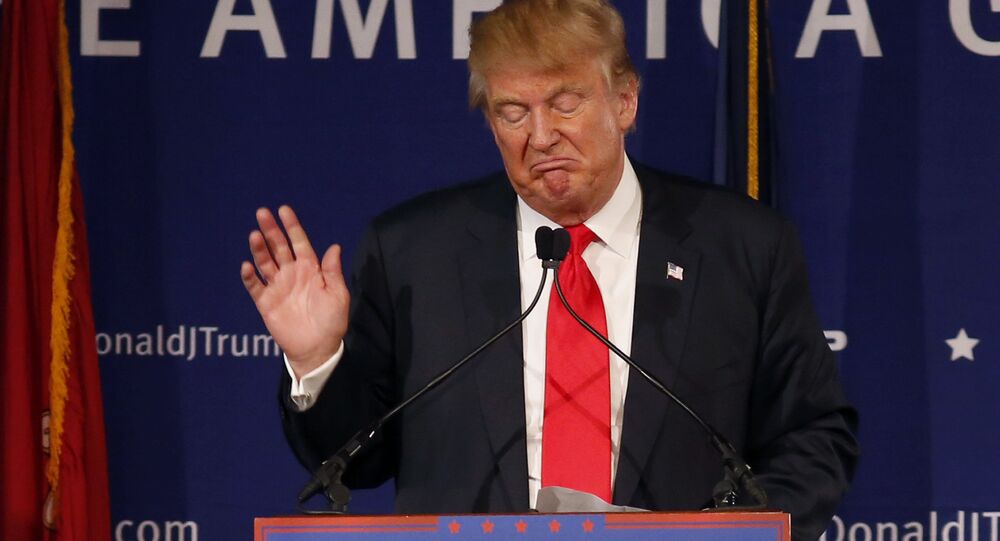 Saudi Arabia' anti-Daesh (also known as ISIL) coalition appears to be a public relations ploy more against the likes of US presidential candidate Donald Trump, than against the terrorist group, according to former Turkish diplomatic official and analyst Aydin Sezer.

"I consider creating a coalition of Muslim countries against the Islamic State terrorist group to be a public relations action with the goal of overcoming the stereotype that Islam is connected with terrorism. It strengthened after large-scale international Daesh attacks, and one of its manifestations is harsh anti-Muslim statements by US presidential candidate Donald Trump," Sezer told RIA Novosti.

© AP Photo / Mosa'ab Elshamy
Why Russia Cannot Trust Saudi Arabia's So-Called Anti-Terror Coalition
According to Sezer, another goal of the new Saudi-led coalition may be to change public opinion in Muslim countries. Sezer noted that in several Muslim countries, public opinion is critical because the countries' leaders fight against terrorist organizations while being under the umbrella of the US-led coalition.

"I believe the Islamic coalition will not conduct any military operations, which is why there will be no problem in cooperation with other coalitions," Sezer said.

According to the analyst, it does not appear possible for a new coalition to appear in Syria and Iraq, where Turkey and the US are fighting in one coalition, and Russia is in another.

Saudi Coalition Needed for Riyadh's Survival, but Could Turn Against Iran