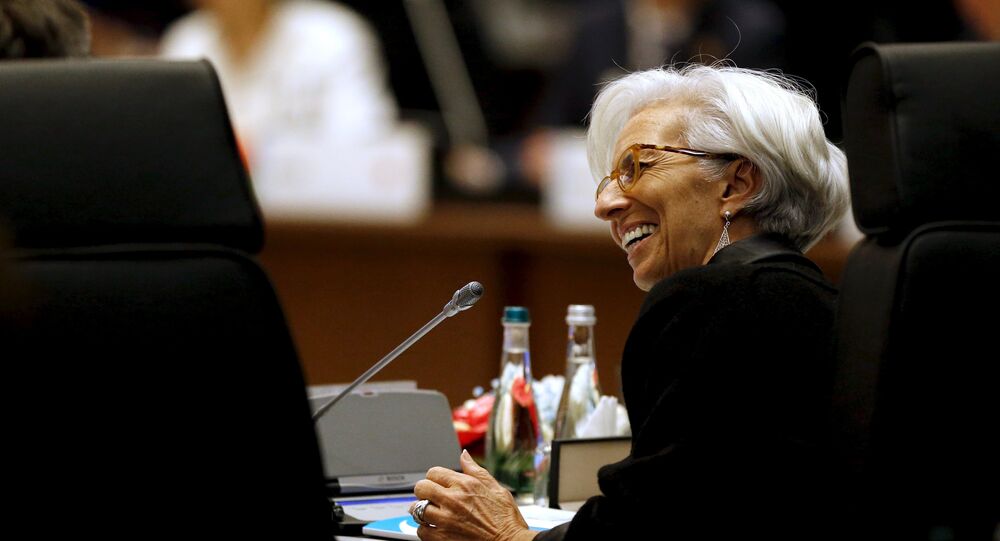 The United States did not initially support the International Monetary Fund’s (IMF) proposal to provide loans to defaulting debtor nations before the Ukraine crisis erupted, which is setting a dangerous precedent and moral hazard that could dry up capital markets, experts told Sputnik.

WASHINGTON (Sputnik) — On December 8, the IMF Board of Directors voted to reform its lending policies, allowing countries to continue borrowing money even if they default on bilateral obligations to official creditors. The reform allows the IMF to continue Ukraine's $40 billion bailout program even after a potential default by Kiev on its $3 billion Eurobond debt to Russia.

"The United States and other major creditor countries did not favor this early on," Peterson Institute for International Economics Senior Fellow Anna Gelpern told Sputnik about the IMF debt policy change. "They had to be brought on board."

© AFP 2020 / MANDEL NGAN
IMF Approves Reform to Provide Loans to Defaulting Debtors
The IMF default reform, Gelpern noted, was first proposed in 1989 and then again in 2013, all before the Ukraine crisis escalated.

The modifications implemented by the IMF could have been an effort to help Ukraine, but ended up as a much more comprehensive and balanced decision, she added.

The new rules, Gelpern continued, prevent a single official creditor that does not provide the majority of financing to hold a program, including other creditors, "hostage."

This is harmful to countries dependent on debt, including Russia, Levi claimed, and it could come back to haunt debtors like Ukraine as well.

“We call this ‘moral hazard’,” Levi said. “The entity that avoids re-payment is the only beneficiary, but even they pay a price in the future from reduced access to the global capital market.”

On Thursday, the IMF promised to review its decision to provide loans to defaulting debtors again in two or three years.