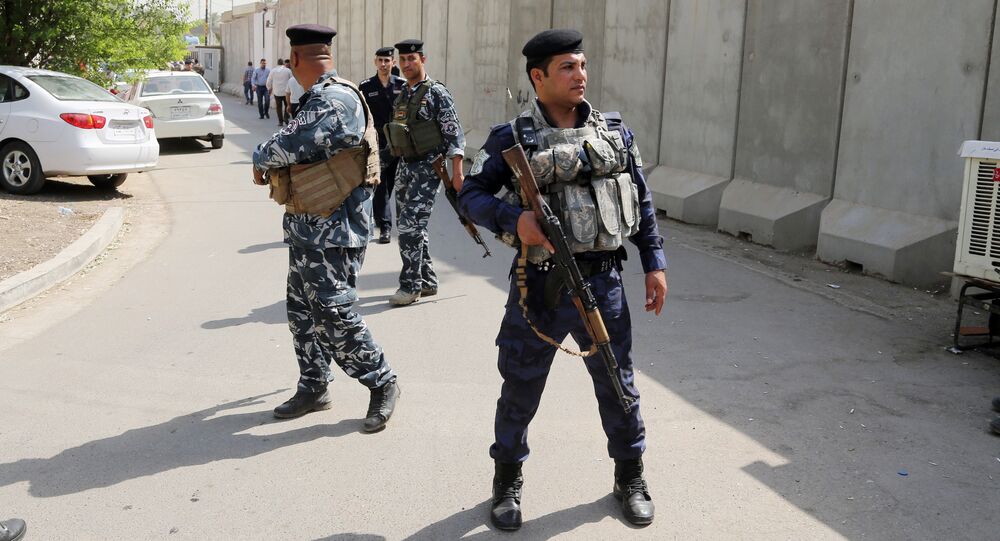 Washington Policy Confusion Made Iraqi Leaders Despair of US Alliance

The Iraqi Parliament's Security and Defense Committee call to review or cancel Baghdad's security pact with the United States is a direct result of Washington's confused and contradictory policies toward Iraq, US experts told Sputnik.

WASHINGTON (Sputnik) — Iraq was the victim of the failure of US policymakers to understand the many complicated motives that drove its allies in the region to pursue their own agendas first, the veteran analyst commented.

Iraq would be well within its legal and constitutional rights if it chose to terminate the security alliance with Washington, Ohio State University Moritz College of Law professor John Quigley told Sputnik.

The Obama administration was pursuing contradictory goals in trying to limit the growth of the Islamic State, without wiping it out it while simultaneously seeking to overthrow the government of Syria, Jatras explained.

"US and Western policy is hopelessly compromised by swearing hostility to Daesh [Islamic State] on one hand, while on the other hand seeking only to 'contain,' not destroy it, because of the conflicting goals of overthrowing the Syrian government and limiting Iran’s regional influence."

"The Iraqi government would do well to rethink its relationship with the United States and to stay as far away from NATO as possible."

The US government, Jatras pointed out, has continued to give a free hand to Saudi Arabia and Turkey, the latter a NATO member state, even though both countries strongly supported the Islamic State that was bringing havoc to Iraq.

"Both of those US 'allies' are members of the supposed 'coalition' against Daesh but are in reality allies and supporters of Daesh, as well as of other jihad groups like al-Nusra (al-Qaeda), Ahrar ash-Sham and others seeking to create a sectarian Sunni, Sharia-ruled state."

In light of these tangled agendas, almost all of which run counter to Iraq's national interest, it is hard to see how Iraq can rely on anything from Washington, much less from NATO, Jatras concluded.

Obama Yet to Approve Attack Helicopters Deployment to Iraqi Forces