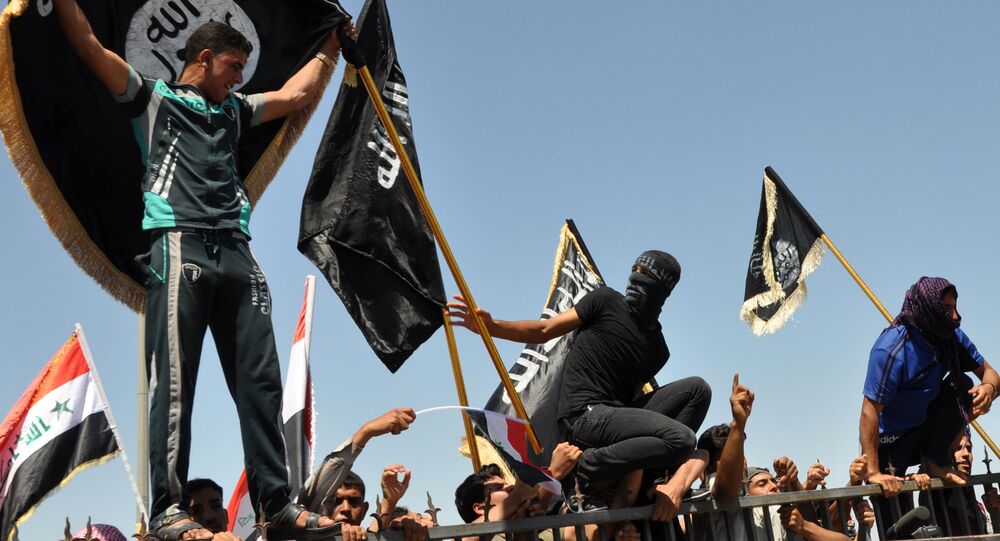 Turkey might enhance its role in fighting the Islamic State within Iraq to counter Russia’s involvement in Syria, especially in light of Moscow’s air campaign against rebel positions near the Turkish border, experts told Sputnik.

"Russia is more involved in Syria, with the objective of propping up Bashar al Assad," Johns Hopkins Advanced School of International Studies professor Daniel Serwer told Sputnik. "Turkey may well want to counterbalance those efforts by demonstrating its role in fighting the Islamic State inside Iraq, where Russia plays little role so far."

Turkish military trainers, Serwer added, were already in Iraq at the request of Erbil, the provisional capital of Iraqi Kurdistan, and with the permission of Baghdad.

"An increase, said to be for force protection purposes, and redistribution of those Turkish troops appears to have caused the Iraqi Prime Minister anxiety and political criticism," Serwer explained. "The President of Iraq, a Kurd, has asked for the withdrawal of the Turkish troops."

The United States, for its part, Serwer added, will try to get Erbil and Baghdad to agree on what is expected of Turkey because Washington needs to keep partners willing to fight the Islamic State.

Turkey's decision to deploy troops to Iraq comes just weeks after it shot down a Russian Su-24 jet that was conducting bombing operations near the Syrian-Turkish border.

University of Oklahoma Professor Joshua Landis told Sputnik that Turkey might be concerned about Russia’s expanding strike campaign in Syria, which could force Ankara to seal its border and frustrate efforts to arm and resupply anti-government Syrian rebel factions.

Iraqi Prime Minister Haider Abadi said the deployment of Turkish servicemen on Iraqi territory had been carried out without the consent and knowledge of the Iraqi authorities, and represented a violation of sovereignty and a breach of the principles of good neighborly relations.

Abadi on Monday gave Turkey 24 hours to withdraw its troops from Iraq to avoid the matter being reviewed by the UN Security Council. Turkey has so far refused to comply with the requirements.

On Tuesday, an Iraqi government source told Sputnik that Baghdad might turn to economic measures against Turkey if Ankara continues to refuse to withdraw its troops.