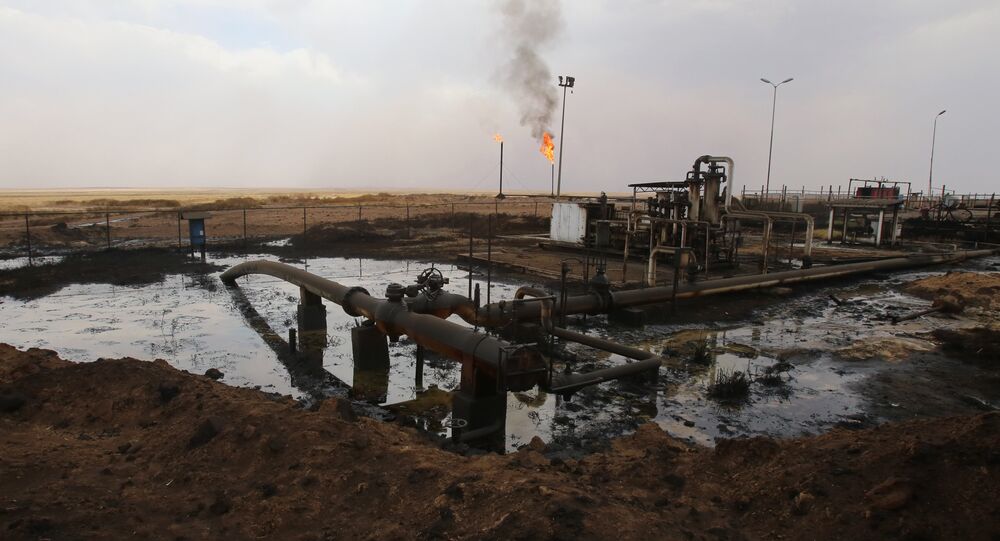 The involvement of Turkey’s top political brass, including President Recep Tayyip Erdogan’s family, in the illegal trade of oil with terrorists in Syria is becoming general knowledge, experts told Sputnik on Thursday.

© AP Photo / Kevin Frayer
Holy Smokes! ISIL Oil Trail Leads to Turkey's Batman
MOSCOW (Sputnik) –  The Russian Defense Ministry held a briefing, on Wednesday, during which it provided satellite images showing oil trucks amassing at the Turkish-Syrian border as proof of active operations to smuggle oil in Turkey. Deputy Defense Minister Anatoly Antonov estimated that Islamic State (IS or Daesh in Arabic) derives an annual income of some $2 billion from oil, which it uses to recruit and equip fighters.

Antonov accused Erdogan and his family of directly profiting from the Daesh oil business, but observed that the Turkish leader would continue to deny his guilt "even if his face is smeared with smuggled oil."

"To put it bluntly, everyone already knew what the Turkish government has been doing with Iraqi and Syrian oil over the past few years," Marandi told Sputnik.

The academic implicated Saudi Arabia and Qatar, in addition to Turkey, all members of a US-led coalition in Iraq and Syria, in providing other forms of backing to Daesh. The terrorist group, notorious for human rights violations and killings, is outlawed in Russia.

Independent researcher and political commentator Soraya Sepahpour-Ulrich seized on the subject of state support for Daesh, saying "there is no international coalition" fighting the illicit oil trade.

"Russia, Iran, Iraq and the Syrian government are serious about confronting IS while the rest are bent on hindering efforts to eliminate IS," Sepahpour-Ulrich said. "Politicians’ reactions to international news, in this case the IS oil profits, is not the same as stopping it."

"He and his close confidants have also controlled the unofficial oil and gas trade on the border," Mansour stressed.

Foreign Minister Sergei Lavrov vowed to provide proof of Turkey’s involvement in the black market oil business to the United Nations and other interested parties. Iraq said on Wednesday that it was prepared to file a complaint with the UN Security Council if Turkey’s role in the illicit oil trade is proven beyond doubt.