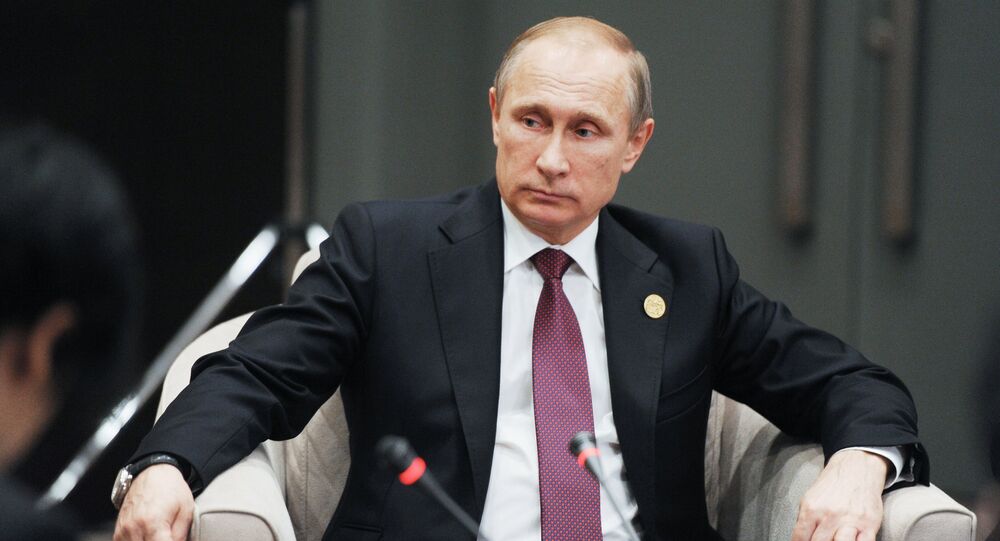 Fernando Sanchez Drago recalls that when Adolf Hitler came to power and began to conquer Europe, the continent was left without real statesmen – only powerless 'Chamberlains'. Eighty years on, the essayist suggests that history is repeating itself, civilization now threatened by radical jihadism. This time however, one true statesman remains.

In his op-ed for the Sunday edition of Spanish newspaper El Mundo, Sanchez Drago, the son of martyred Republican Spanish journalist Fernando Sanchez Monreal, recalled that "when Hitler invaded Poland, not a single statesman in democratic Europe was left worthy of the title. They were all Chamberlains." Eventually, he noted, "the Churchills and De Gaulles would come along, not before the swastika flew over the Champs Elysees in Paris."

"Today," the essayist notes, in the global war against jihadist terrorism, "we face the same situation. All the world's politicians, apart from one, are Chamberlains" of the modern age. "The only true statesman left in the world," Sanchez Drago argues, "is Vladimir Putin."

The Russian president's status, Sanchez Drago believes, "is why he has been demonized, slandered, had crimes committed by others attributed to him; it is why one of the largest PR campaigns in world history has been set up against him, second in size only to the oligarchic investment and collective brainwashing campaign which saw the coming to power of the puppet named Barack Obama."

© AP Photo / Selcan Hacaoglu
Turkey's Grand Game: Three Reasons Behind Su-24 Downing
The author called Turkey's attack on the Russian Su-24 over Syria "a declaration of war," one which will benefit only ISIL and its proxies across four continents, along with Ankara's ambitions to revive the Ottoman Empire as the dominant empire of the Islamic world.

Now, the journalist suggests, "it is time to re-read Oswald Spengler. It is time to remember that, when civilization is in danger, it is a troop of soldiers which save it. Putin's time has come…We are lucky to have Moscow, because without it, perhaps we would not have Paris."

US Must Cooperate With Russia, Arabs to Defeat ISIL - Retired US Intel Head