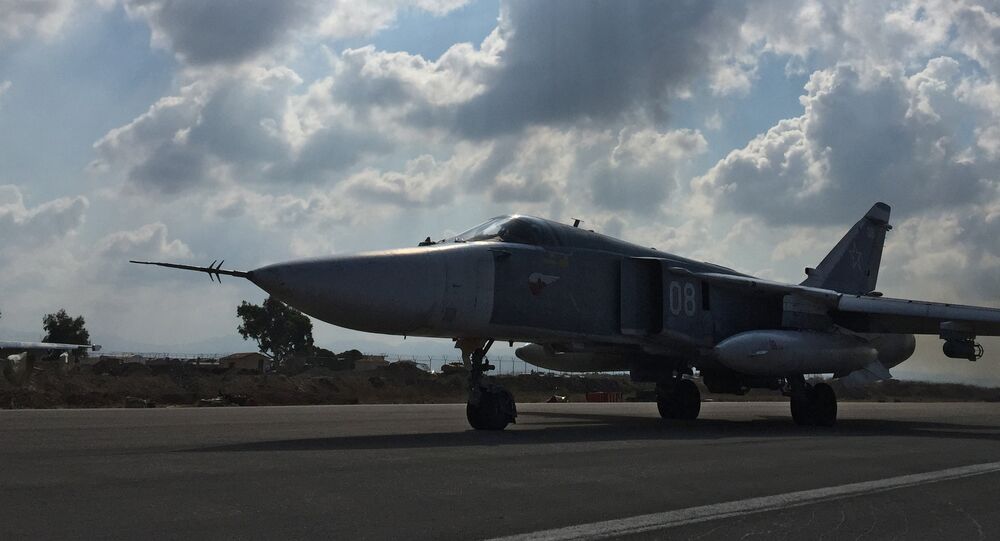 The downing of a Russian Su-24 jet by Turkey puts into question the planned creation of an anti-Islamic State alliance with participation of both countries, experts told Sputnik Wednesday.

© AP Photo / Selcan Hacaoglu
Turkish Provocation: What Elegant Solution Will Russia Find?
MOSCOW (Sputnik) Yulia Shamporova — "We could have thought that an alliance against terrorism in the Middle East would have helped to overcome their difficulties. However, the recent shoot down of a Russian bomber jet by Turkey shows perfectly how difficult a coalition between these two countries against ISIL will be," Nicolas Kazarian, a political analyst and associate research fellow at IRIS, said.

The analyst also added that in the current international situation it is impossible to speak about a coalition against ISIS.

"At least, we should hope a military cooperation is still possible even though the final goals in this war against terrorism seems more and more different from one country to another," Kazarian said.

Carl W. Baker, a Director of Programs for Center for Strategic and International Studies, considers the downing of the Russian jet an indicator of how difficult the situation in Syria has become, adding that various international players have different goals in the region and stressing the need for finding a compromise.

"If a coalition between the four [USA, Russia, France, Turkey] is going to be feasible, all sides will need to compromise a bit. The US has learned and relearned this over and over while operating in the Middle East and still has problems with successful coordination, mostly because it really is a complex situation where there are so many different countries with slightly different objectives," Baker said.

He also added that it is important for all those involved in the anti-ISIL efforts to stay focused on the target: ISIL, which all parties agree must be eliminated.

"Without more information from the voice recorder on the aircraft and the possible interaction with Turkish radar sites, it is difficult to assess what really took place between the F-16s and the Su-24," Baker added.

© Sputnik / Dmitriy Vinogradov
Downed Su-24 Pilot Found 'Safe And Sound', Taken to Hmeymim Base
A Russian bomber jet Su-24 was shot down in Syria on Tuesday. According to Russian President Vladimir Putin the plane was downed by an air-to-air missile launched by a Turkish F-16 jet over Syrian territory, falling 4 kilometers (2.5 miles) from the Turkish border. The Turkish attack was described by Russian president as a "stab in the back".

The crew of the plane ejected and one pilot was killed by fire from the ground, according to the Russian General Staff. The co-pilot survived, according to Russian Defense Minister Sergei Shoigu.