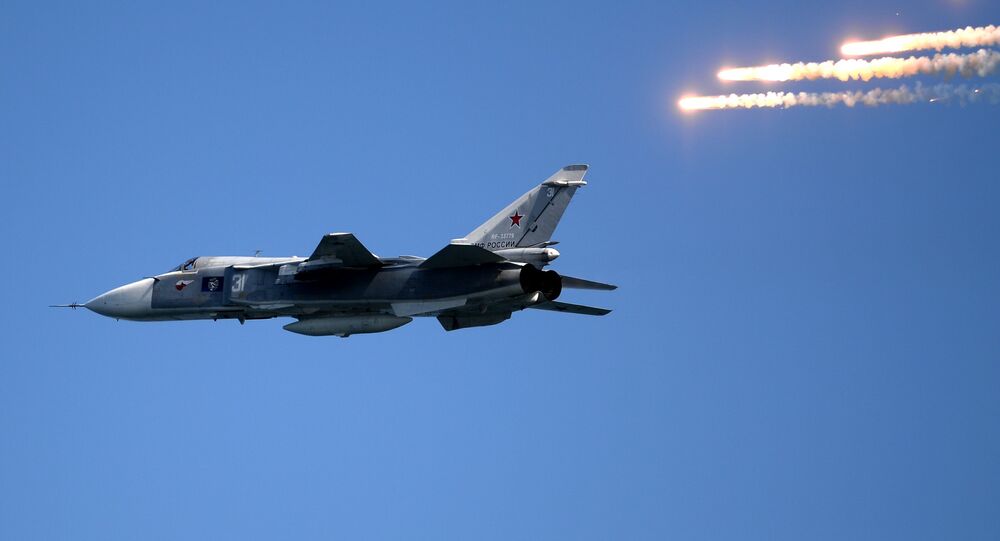 Turkey might have shot down a Russian aircraft to disrupt the Syrian reconciliation process because Turkish President Recep Erdogan wants hostilities to continue until extremist groups fill the power vacuum in Damascus, experts told Sputnik.

WASHINGTON (Sputnik) — On Tuesday, a Russian Su-24 came down in Syria, 2.5 miles away from the Turkish border after it was hit with an air-to-air missile launched from a Turkish F-16 jet.

Russia has contributed to the Syrian reconciliation plan reached in Vienna on November 14 that calls for holding formal talks between the Syrian government and opposition groups to pave the way for presidential elections.

"The Vienna talks may have triggered this event [the downing of Su-24]," American Kurdish Information Network (AKIN) Director Kani Xulam told Sputnik on Tuesday. "Reconciliation with [Syrian President Bashar] Assad is not what President Erdogan wants to see in Syria."

Erdogan, Xulam noted, would rather see groups like Nusra Front come to power, which Turkey has invested in for years.

"Ideally, it would really like if NATO delivered Syria to Turkey as a client state," he added.

The downing of the Russian jet comes a day before French President Francois Hollande is set to meet with Russian President Vladimir Putin to discuss coordinating efforts against the Islamic State in Syria in the wake of the Paris attacks.

Geopolitical analyst and StopImperialism.org editor Eric Draitser told Sputnik that Turkey shot down the Russian aircraft to undermine the Syrian peace process and to strike back at Russia for its air campaign against extremists.

"Turkey is tremendously upset with Russia for destroying a lot of the terrorist infrastructure that Turkey has been diligently working to support since 2011," Draitser argued.

Turkey has been a major instigator of the civil war in Syria and benefactor for the Islamic State by purchasing illicit oil that funds the ISIL movement, Draitser explained.

Turkey, Draitser claimed, has also provided sanctuary, medical facilities, transport and weapons to the Islamic State and its kin.

"Turkey wants to see the Syrian state itself, if not destroyed, then at the very least remade as something far different from what it has been under secular Baathist rule," Draitser added.

Russian activities have thwarted Turkey’s designs for control of Syria and Erdogan’s aspirations of regional hegemony, the geopolitical analyst suggested, another reason why the Turks may have shot down the plane.

"That Neo-Ottoman strategy has had the breaks put on it by Russia’s engagement in Syria," he said.

Draitser also observed that the timing of the Russian jet takedown comes as France and other European countries seemed to be shifting away from the US position that Assad must step down.

On Wednesday, Russian Envoy to NATO Alexander Grushko said that NATO member Turkey pressured the military bloc into siding with Ankara over its decision to down a Russian warplane over Syria on the grounds of allied solidarity.