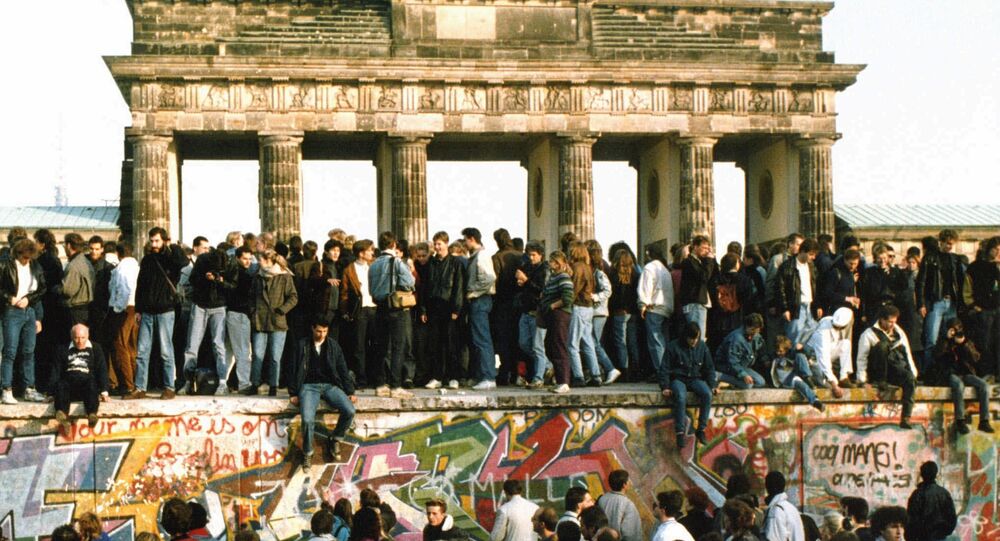 American historian and journalist Eric Zuesse suggests that Russia has lived up to all of its commitments in the post-Cold War world, and that now it's time for the West to live up to theirs.

In his investigative op-ed, published by the Strategic Culture Foundation journal, Zuesse explained that in the post-Cold War world, the Soviet Union, and then its successor, Russia, have met all of their commitments toward establishing a lasting peace, while "America's anti-Russian military club," NATO, not only continues to exist, but has expanded all the way up to Russia's borders, all the while launching military operations against any nation which might support Moscow internationally.

In this vein, the historian noted, "the West owes Russia a hell of a lot; but what it owes Russia first is a deep apology, and a welcome into Europe, of which Russia has been and is an extremely important nation, and very unjustly denied its rightful place there."

"What doesn't belong in Europe," the journalist continued, "is the US, not in any way whatsoever, especially" since the country, in his words, "is no longer a democracy."

© AP Photo / Mindaugas Kulbis
Inviting NATO Into Our Country Is a Cold War Throwback – Czech Press
"Why," Zeusse rhetorically asks, does "NATO still exist, after the Soviet Union's equivalent Warsaw Pact disbanded in 1991 when the Soviet Union and its communism voluntarily ended?" The answer, in his words, is that "NATO is nothing but America's anti-Russia military club, against Russia and against any nation (such as Iraq, or Libya, or Syria) that supports Russia."

Commenting on Washington and Brussels-inspired political and military interventions, from Iraq and Libya, to Ukraine, and attempts to overthrow Bashar Assad in Syria "because he supports Russia in international relations," Zeusse suggested that these are nothing more than "ugly" examples of Western "bullying [directed]…against Russia and any other nation that isn't buckling to the US aristocracy and its allied aristocracies in Europe…[and] Japan."

In the journalist's view, the "original sin of the post-Cold War West," which "has produced the problems of today and the future," lies in Western leaders' decision to break their promises to Moscow not to expand NATO eastward following the collapse of the Iron Curtain and the Eastern Bloc.

© Sputnik / Vladimir Pesnya
Russia Should Not Trust Western Politicians – German Media
Citing a 2009 investigation by Spiegel, Zeusse pointed out that the newsmagazine had quite unequivocally concluded, on the basis of "newly discovered documents from Western archives," that the West did in fact violate "commitments made during negotiations over German reunification."

Driving the point home to his American readers, Zeusse asked "how…the American people [would] have felt" if the USSR had won the Cold War, "and its Warsaw Pact…[had] extended itself all the way to including Mexico and/or Canada?"

"How would the American people have felt about that possibility –nuclear missiles aimed at them at their own border? It's so obviously disgusting…but do you learn in Western news media that this is what the United States has done and is doing to Russia, and to Russia's allies?" the journalist asked.

Recalling that the US and German leaders had given Moscow a "clear commitment" not to expand NATO beyond the borders of the former East Germany, Spiegel concluded "that there was no doubt that the West did everything it could to give the Soviets the impression that NATO membership was out of the question for countries like Poland, Hungary or Czechoslovakia."

© AFP 2021
NATO is ‘Inquisition of Our Era’ – Montenegrin Anti-War Leader
Commenting on Washington's utter failure to live up to the promises made in the course of the German negotiations twenty-five years ago, the journalist noted that ultimately, Europe's decision to remain allied to the US, and to continue participating in NATO, "especially after having been instructed by America to lie, and to have deceived Gorbachev, who behaved honorably throughout and afterward, is Europe's great shame. And truth is Russia's case."

From Ocean to Ocean: Bernie Sanders Wants Russia to Be Part of NATO