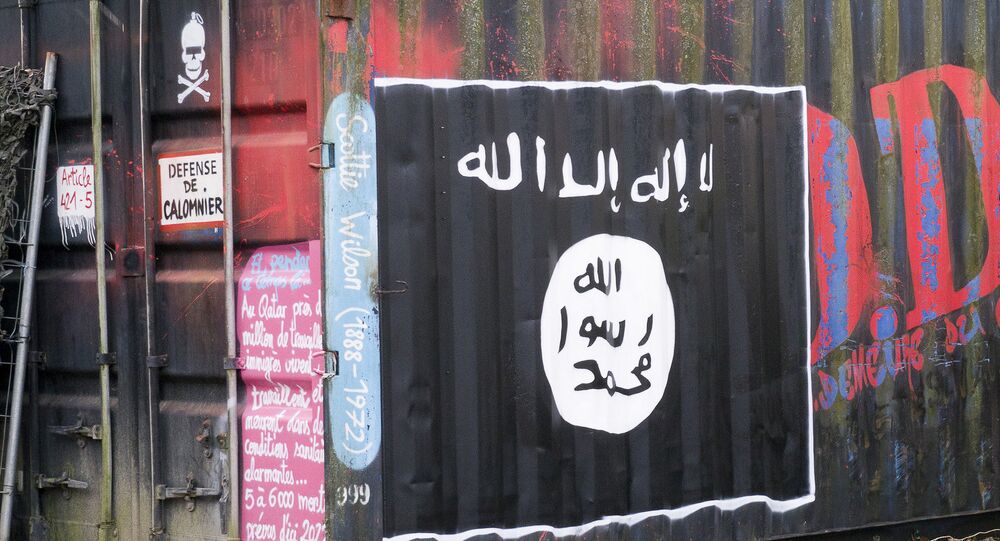 While robberies, racketeering and "mysterious" donors from the Gulf monarchies are popularly pegged as being major sources of terrorist funding, other sources remain much more open and lucrative.

Terrorist groups get their funding from oil sales, the looting of antiquities, drugs, and some legitimate sources, Iran's state news agency IRNA wrote on Friday.

The number of people killed in terrorist attacks grew nearly sixfold between 2000 and 2013; Iraq, Afghanistan, Pakistan, Nigeria and Syria currently account for much of the violence. Although the groups sometimes make a point of only killing non-Muslims, as in the recent Kenya attacks, the overwhelming majority of terrorist attack victims of primarily Islamist groups remain other Muslims.

"Even selling oil at half of its nominal price, terrorists will still receive several million dollars every day. The Islamic State sends part of these funds to Iraq, to use them to attract soldiers and officers from the former Iraqi Army," IRNA said, referring to Saddam Hussein's army, which was disbanded by occupying US troops.

While the Islamic State uses popular modern fundraising methods such as crowdfunding to conduct its terror attacks and murders, al-Qaeda's funding included a chain of honey retailers across Pakistan and the Middle East owned by Osama bin Laden.

While al-Qaeda's honey business raised some eyebrows when it was reported on in 2001, it may be considerably outgunned by Boko Haram's lucrative fish trade. Al-Qaeda also used the business for smuggling weapons and equipment across borders, reportedly hiding weapons as large as assault rifles within thick honey to avoid detection.

While the Nigerian government alleges that the fish it destroys is stolen, the government of neighboring Niger has said that the fish is part of a complex racketeering operation which forces fishermen to rely on Boko Haram for protection.

"The 7 Division Nigerian Army had seized several cartons of dried fish from suspected Boko Haram terrorists in various locations in Borno State. The cartons of dried fish are believed to have been stolen from innocent fishermen and businessmen by the terrorists who later sell them at [a] ridiculous amount to finance their activities," the Nigerian military said in September.

Boko Haram also uses agriculture for funding, as many of its attacks on villages focus on cow theft.

Oil and Other Drugs

While ISIL's profiting from the oil trade has been widely publicized, the group is not very different from other terrorist groups in Syria, which are known to openly smuggle oil tankers into nearby countries, such as Turkey. However, the vast scale of ISIL's oil operation, which includes refineries captured in Syria and Iraq, make it particularly lucrative.

"I've demonstrated the pictures from space to our colleagues, which clearly show the true size of the illegal trade of oil and petroleum products market. Car convoys stretching for dozens of kilometers, going beyond the horizon when seen from a height of four-five thousand meters," Russian President Vladimir Putin said on Monday at the G20 summit.

Russia began bombing ISIL's refineries earlier this month, and the US has said that it has also engaged in the effort although it has not yet provided any documentation.

While ISIL hasn't been known to have taken part in Afghanistan's drug operations thus far, the Taliban has profited from the trade for years, as the US and NATO occupation of the country failed to yield any tangible results. Afghanistan reportedly produced almost no heroin poppy in 2001, before the 9/11 attacks and the US invasion, which has been attributed to both strict controls by the Taliban and a severe drought.

The looting of antiquities in Syria has also become a considerable funding source for ISIL and other groups. While ISIL is known for videos where it destroys priceless artifacts, it is also said to profit from looting smaller ones, while destroying those it cannot haul away.

Most looting of #Syria antiquities in areas under 'moderate' opposition control, not ISIS; least under Syrian govt: https://t.co/M9fzdejnTZ

Syria, which is home to archaeological remains from several ancient empires, has been devastated by looting, although while such events as the destruction of the Arch of Palmyra and ancient statues have been widely documented, little has been done to track down the stolen artifacts or prevent their sale.

'The End is Near': ISIL Left With Only 34 Bases Following Russian Strikes