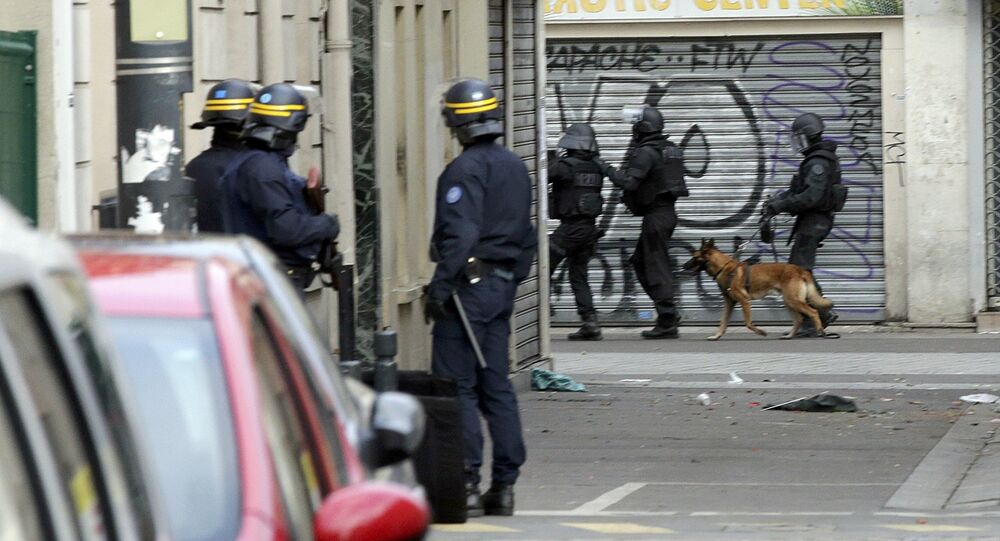 Homegrown terrorists bred among radicalized youth and alienated Muslim populations within Europe pose more of a security threat than refugees pouring in from the Middle East, experts told Sputnik.

WASHINGTON (Sputnik) — A Syrian passport recovered near the body of one of the suicide bombers involved in last week’s attacks in Paris was reportedly registered to an asylum seeker.

The passport, thought to be forged, has reignited fear among some Europeans that extremists are hiding among the hundreds of thousands of migrants who arrived in Europe this year, although the other perpetrators are European nationals.

"European leaders and societies need to better understand and mitigate the factors that make small segments of the European youth, born and raised in France, Belgium, Germany and so forth, likely to mobilize for a political-ideological battle that is arguably not their own," University of Notre Dame Professor of Anthropology Maurizio Albahari told Sputnik.

On Tuesday, US Congress introduced a bill to pause the program to resettle 10,000 refugees from Syria within the United States in 2016 while at least 26 US governors announced they would not accept any Syrian refugees in light of last week’s terrorist attacks in Paris.

© AFP 2019 / LOIC VENANCE
Paris Terrorists Possibly Received Weapons Through Czech Republic
US state governors have registered legitimate concerns, Albahari noted, but they are misinformed because the Syrian passport found in Paris was not authentic and the other known terrorists are European citizens.

"The terrorist carrying it was neither a genuine refugee nor a Syrian national," Albahari explained. "It is also legitimate to ask why a terrorist would go around with his passport. One possibility is precisely to discredit refugees in the aftermath of the terrorist event."

University at Albany Co-Director of the Project on Violent Conflict Victor Asal told Sputnik that most of the Syrian refugees are fleeing from the Islamic State (ISIL) and the same type of violence seen in the Paris attacks.

"France is an active country in attacking ISIS [Islamic State] which most probably contributed to it being targeted [and] has a large marginalized Muslim population," Asal said.

Europe, Asal added, faces a serious policy and human rights conundrum because a very small element may be coming over from Syria that threaten to bring this violence with them.

On Wednesday, the White House stated in a release that President Barack Obama will veto a bill introduced by congressional Republicans aimed at making the process of refugee screening more rigorous.

Over 710,000 migrants arrived in the European Union during the first nine months of 2015, according to the EU border agency Frontex. The migrants are fleeing their home countries in the Middle East and North Africa amid the rise of radical groups, such as ISIL.

ISIL claimed responsibility for the November 13 Paris attacks that took the lives of 129 people, injuring over 350.